How long has it been since Nico Rosberg outclassed Lewis Hamilton in the same car? The year was 2016, and the German driver became world champion by five points over his former teammate in the W07 Hybrid. 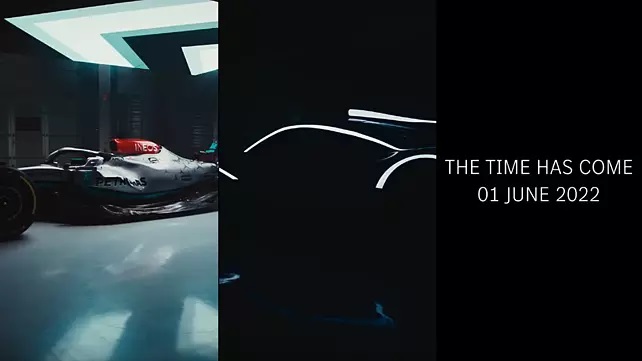 Believe the hype as Mercedes-AMG is about to take the wraps off the One hypercar in production guise. The Project One concept debuted back in September 2017 at the Frankfurt Motor Show, and following multiple delays caused by development hurdles, the F1-engined road car is finally ready for prime time. Both the AMG road car division and the F1 branch took to social media to announce the world premiere will take place on Wednesday, June 1.

Between its IAA reveal and now, we’ve seen our fair share of spy shots indicating the final version will stay true to the concept car, but with some aerodynamic tweaks. Mercedes CEO recently joked about the head honchos being “drunk” when they gave their go-ahead for a Formula 1 car for the road. In October 2021, the peeps from Affalterbach confirmed the electrified hypercar would go into production by mid-2022, and it looks like the One is coming after another F1-influenced machine, the Aston Martin Valkyrie.

Capped at 275 units, the spiritual successor of the CLK GTR has been long sold out at about $2.7 million a pop. It’ll use a turbocharged 1.6-liter engine adapted from F1, combined with no fewer than four electric motors for a grand total of more than 1,000 horsepower. It’s going to be the most potent Mercedes road car ever and with the highest-revving engine as the V6 will rev at up to 11,000 rpm. One of the main issues during development was to lower the engine’s idle speed from 5,000 rpm to 1,200 rpm to comply with regulations.

Some will remember a bold statement made by ex-AMG boss Tobias Moers in September 2018 when he said the One could improve the Porsche 919 Hybrid Evo’s lap time around the Nürburgring. The race car from Zuffenhausen completed the Nordschleife in 5 minutes and 19.55 seconds, and to beat this with a vehicle carrying a license plate would be exceptional.

Even if it won’t be faster, it’s safe to say the production car record is about to fall. Everyone is expecting the AMG One (and Valkyrie) to shave off a lot of seconds from the 6:43:30 lap time achieved by the Porsche 911 GT2 RS with the Manthey Performance Kit.