Late last year, Mercedes-Benz revived the SL Roadster under the AMG brand. Now dubbed the Mercedes-AMG SL, it effectively replaced the AMG GT Roadster produced from 2015 to 2021. That said, the GT name lives on for the hardtop version. 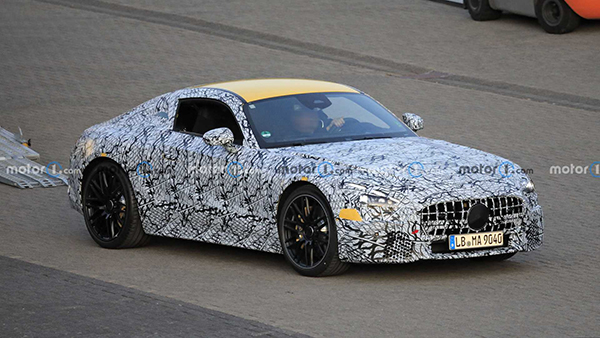 Spy shots of the second-generation Mercedes-AMG GT Coupe came out around the start of the year. The first new GT Coupe spotted was the “entry-level” 53 version, followed by the 63 model a few days after the initial sighting. But in more recent spy shots, the GT is getting closer to shakedown runs around the Nurburgring. 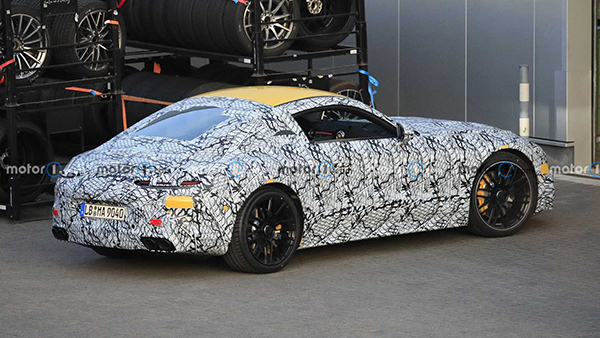 The latest photos show the GT 53 getting out of the Nurburgring truck, presumably getting ready for a run down the demanding track. The set also includes the GT 63 performing an evasive maneuver to get away from spy photographers.

Like the previous pictures, the recent ones strongly suggest an evolutionary redesign. The coupe will likely have hints of the SL Roadster and might have some elements from the Project One hypercar. There are new things to see here, though. The yellow GT 53 appears to wear blacked-out versions of the production wheels. Also, there is a glimpse of its dashboard, revealing its round, retro-looking air-conditioning vents. 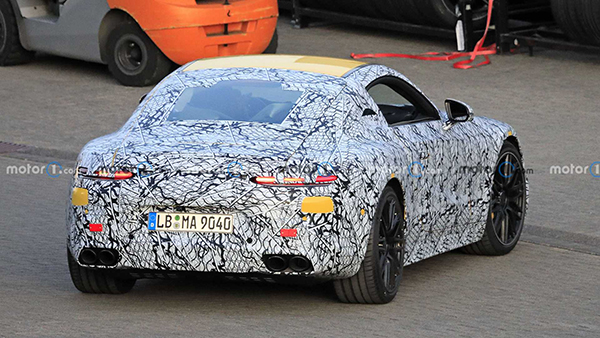 The second-generation GT Coupe rides on the revived SL chassis. That means the hardtop will likely share some components with the soft top. However, the company says that each car will have a different target audience and purpose. So even if the basic architecture of these cars is identical, the manufacturer claims the two will feel different. The SL appeals to those looking for a high-speed, comfortable open-top cruiser. Meanwhile, the GT aims to please those who prefer a more focused driving experience.

As for the engines, AMG is quiet about exact specifications. However, there is a good chance that the GT 53 will use a 4.0 liter twin-turbo V8 packing 469 horsepower (350 kilowatts). Meanwhile, the GT 63 might have the more powerful version of the twin-turbo V8, making 577 horsepower (430 kilowatts). Those numbers come from the SL Roadster’s figures. The rumor mill also suggests a plug-in hybrid model with about 800 horsepower (597 kilowatts).