We have a feeling the Green Hell rivalry isn’t going to wrap its final chapter with the Manthey Racing-equipped 911 GT2 RS vs. AMG GT Black Series feud. Besides, if these supercar monsters don’t meet on the track, they also have a big chance of ducking it out on the no-limit stretches of the Autobahn. After all, here are the good folks at the AutoTopNL channel on YouTube unwillingly staging a little confrontation between the AMG GT Black Series and a matte-black 911 GT2 RS of the 991 generation.

This little Autobahn-fueled rivalry (probably) wasn’t something that came scripted, as we can see the driver in the Mercedes-AMG go about his usual GPS-based performance business on many occasions in the video embedded below. But it’s still entertaining to watch the GT Black Series put its biturbo 4.0-liter V8 to the test against a very close rival. After all, why have 730 ps/720 hp and a maximum speed of 202 mph if you don’t have anyone to play with? 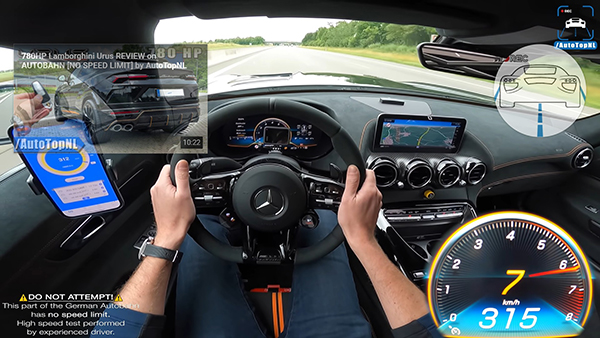 No worries, the matte-black Porsche that appears from the 1:27 mark and doesn’t leave the frame until the trials are almost over gives the GT Black Series a great run for its money. Even though, at one point, the latter gets out in the open and easily hits 315 kph (196 mph) when there’s no more summer traffic to get in the way.

Anyways, there are also a couple of things to extract from the user input. One would be that its flat-plane V8 doesn’t sound as good as some people imagined. And secondly, that Porsche (if it was indeed a 911 GT2 RS) really seemed unfazed by the GT Black Series apparition… and also a bit faster!