Mercedes has adopted an ‘if you’ve got it, flaunt it’ philosophy with the GT 73 as spy photographers have caught the model undisguised near the Nürburgring. 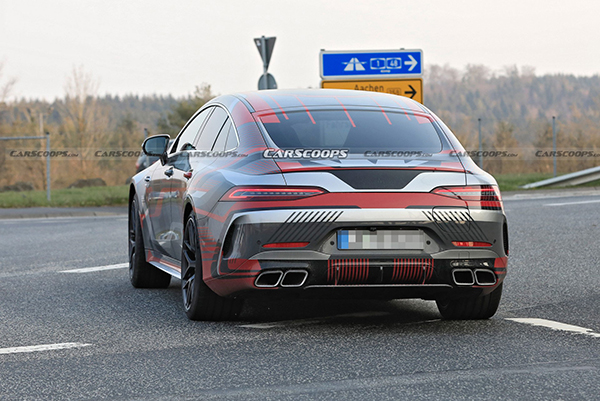 While there isn’t much new to see, the latest images give us a better glimpse at the high-performance plug-in hybrid.

The model follows in the footsteps of the GT 63, but adopts a more aggressive front bumper with central air ducts. “V8 Biturbo E-Performance” badging also replaces the usual “V8 Biturbo 4Matic+” messaging on the front fenders. More importantly, there’s a rear charging port underneath the passenger side taillight. 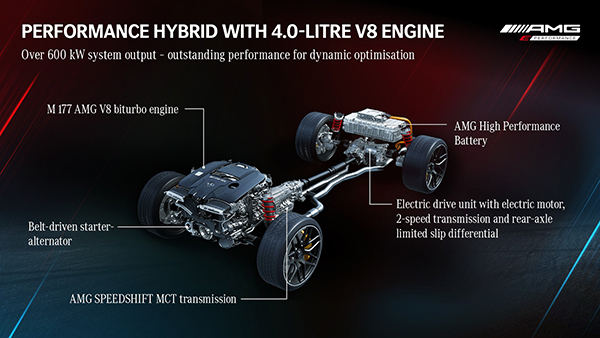 While Mercedes hasn’t officially unveiled the GT 73, they revealed an assortment of details about the model last month. In particular, they said their upcoming performance hybrids will have four-and eight-cylinder engines, a 6.1 kWh battery pack, all-wheel drive, and a rear-mounted motor that produces up to 201 hp (150 kW / 204 PS) and 236 lb-ft (320 Nm) of torque. 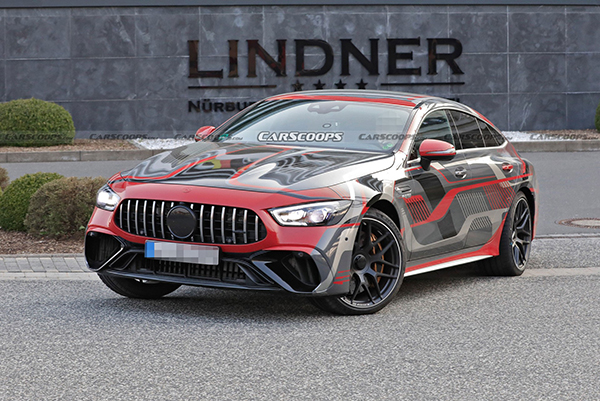 Besides releasing initial performance specifications, Mercedes confirmed upcoming E-Performance models will have a unique Electric drive mode that joins the familiar Comfort, Sport, Sport+, Race and Individual settings. As the name suggests, Electric mode will enable vehicles to be driven on electricity alone at speeds up to 81 mph (130 km/h).

Electric mode also enables the vehicle to be rear-wheel drive, but Mercedes noted the “mechanical connection to the AMG Performance 4MATIC+ components means that all-wheel drive is also available if required: if, for example, the rear wheels suddenly lose traction, the power of the electric motor is also transmitted to the front wheels via the cardan and drive shafts.”

A debut should be right around the corner, but there’s no word on exact timing.