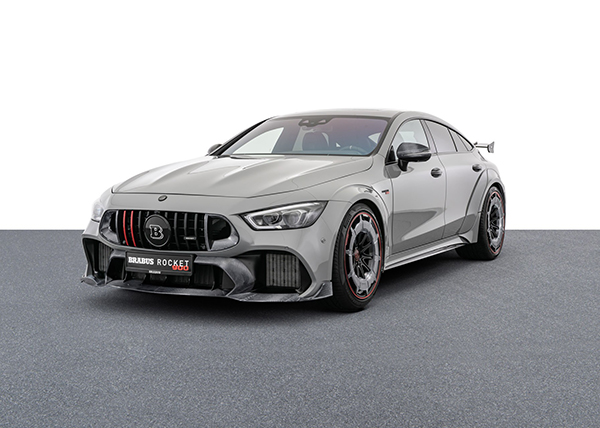 For reference, we will remind you that the 2021 GT 63 S has an MSRP of $161,900 in the United States. So, what would you get for that huge markup? Well, in addition to a ride whose production is capped at 10 units, according to Brabus, performance that dwarfs even the crazy GT 63 S E Performance plug-in hybrid. 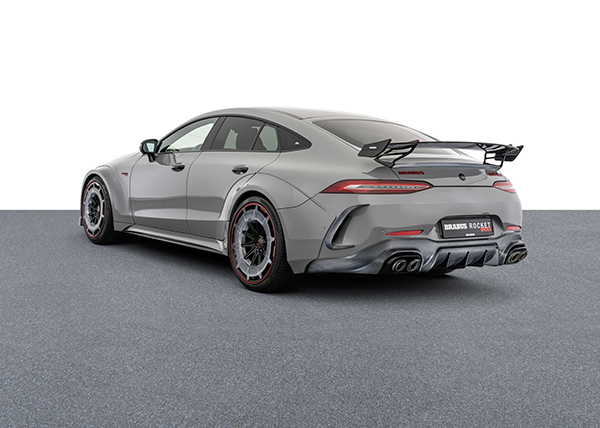 Besides those insane numbers, which used to be reserved for full-blown hypercars until not long ago, the Rocket 900 sports a visual makeover. This comprises several carbon-fiber add-ons, such as the front spoiler, grille, fender flares, rear diffuser, wing, and other parts. In addition, the side mirror caps and Brabus logo on the grille were made of the same lightweight material, which can also be found on other parts, including the branded exhaust tips. The wheels measure 10.5×21 inches at the front, and 12×22 inches at the rear and are shod in sticky tires from Pirelli.

The backlit Brabus entry sills greet users upon opening the doors, and once inside, they will sit on fine black leather upholstery, stitched together with white string and further contrasted by the white piping. Brabus’ signature touch is found throughout the cabin, from the door lock pins to the new floor mats, pedals, headrests, seatbacks, gear selector, and steering wheel with 12 o’clock marker. Further highlighting the special nature of the car is a ‘1 of 10’ logo on the center console. The headliner, A, B, and C pillars, and sunvisors were retrimmed in Alcantara. 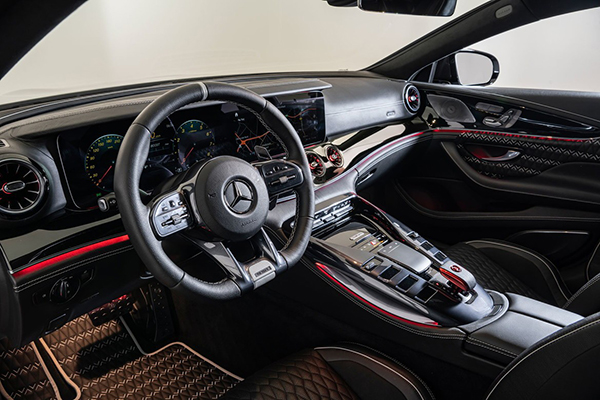 All of these contribute to the already generous list of OEM features, such as the head-up display, MBUX infotainment system, multi-zone climate control, heated and ventilated seats, sunroof, 360-degree camera system, Burmester premium audio, and many others. Let’s put it this way, this AMG GT 63 S has pretty much anything one could wish from such a ride, and to mention each and everything that is found on stage, we’d have to scroll through the official Mercedes website because it even sports the AMG Night and Light Packages, Aerodynamic Pack, ceramic brakes, and so on.

On paper, it does look and sound like a dream car. Not only that, but it also mixes the best of several worlds, like being a true four-door intercontinental GT, with space for the family and their luggage, an all-weather machine thanks to the all-wheel drive system, a great track car, and one of the ultimate daily rides that money can buy. 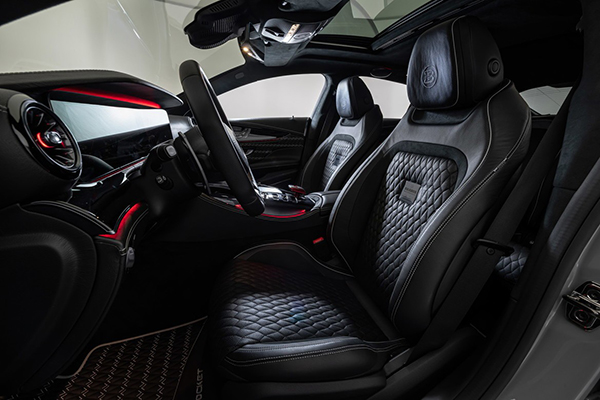 However, the thing is that nearly $600,000 could literally get you a true supercar and a brand new Rolls-Royce Ghost. That combo is very hard to beat because you’d get one of the most comfortable vehicles on sale today and a great weekend car for the same price as this GT 63 S, which isn’t exactly a beautiful ride, but that’s a totally different topic.

We don’t know about you, but in this writer’s vision, nothing beats having a Ghost parked in the garage and a full-blown exotic next to it, with a big naturally aspirated engine placed in the middle and rear-wheel drive. Sure, it would definitely be less powerful than the Brabus Rocket 900, but then again, a properly balanced ride even with half the output would still put a huge smile on your face. And at the end of the day, that’s all that matters. So, if you had that much money burning a hole in your pocket, would you really spend it on the AMG?