This year is set to be a game-changer for Mercedes-AMG, as the performance branch will finally welcome the first true hybrid lineup with a variety of electrified models currently in the works. 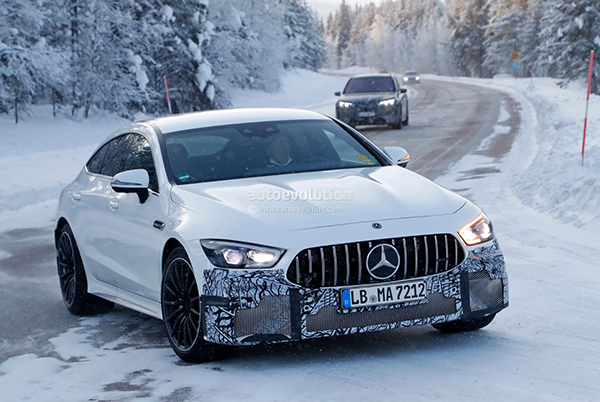 Mercedes-AMG GT 73 e is the forthcoming range-topper in the lineup of the brand’s high-performance sedan. These spy shots catch a mildly camouflaged example under development in snowy conditions. 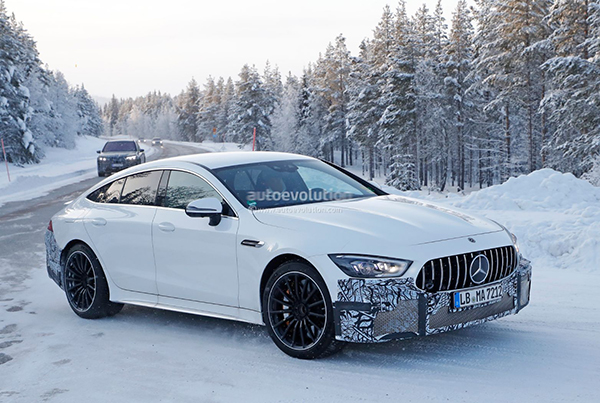 The styling is fairly familiar in comparison to existing versions of the Mercedes-AMG Four-Door Coupe. In front, there’s a new lower fascia. The camouflage hides the design, but we expect a somewhat more aggressive look that visually identifies this at the top grade in the lineup. 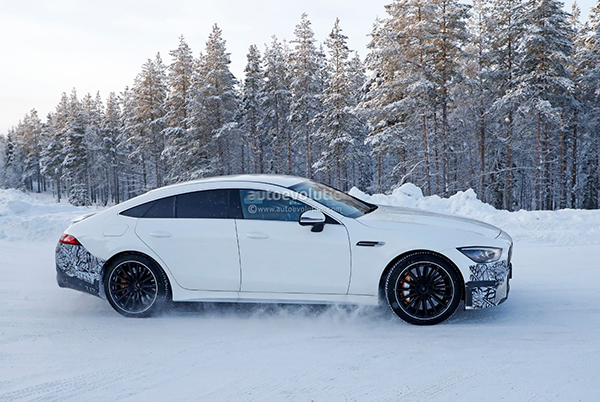 At the other end, the changes are more subtle. There are small revisions to the rear bumper, but the camouflage hides the tweaks. There’s nothing significantly different from other grades of the sedan, though. A pair of trapezoidal exhaust pipes exit out of each side of the tail. 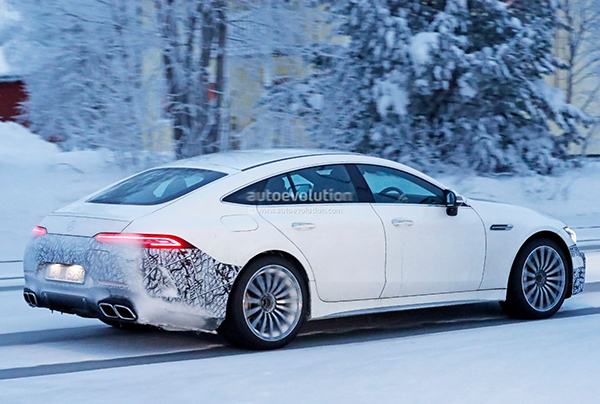 Interior photos aren’t yet available but don’t expect any major changes in comparison to the lesser grades. The trim might be a bit different, but the cabin is going to look largely the same. 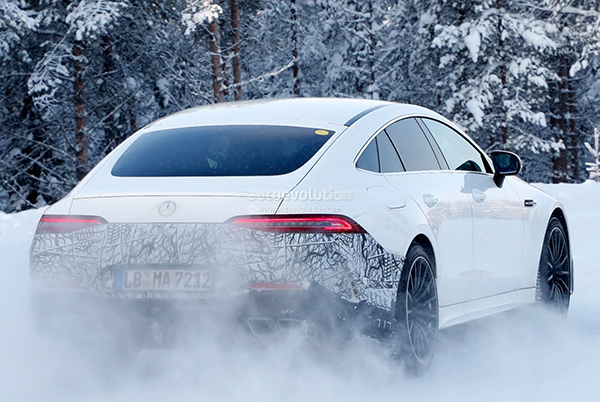 Under the hood, there’s a hybrid-assisted version of AMG’s familiar 4.0-liter twin-turbo V8. It reportedly makes 805 horsepower (600 kilowatts), which is a healthy upgrade over the 630 hp (470 kW) from the GT 63 S. This setup can reportedly get the sedan to 60 miles per hour (96 kilometers per hour) in less than three seconds. 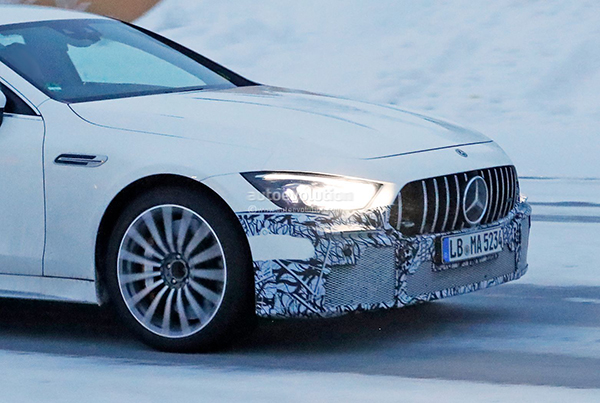 In late 2019, Mercedes released a teaser hinting at the GT 73e’s debut in 2020. The vehicle didn’t arrive during the tumultuous year, though. The prospects for its debut seem better in 2021. Although, the exact timing for the premiere is not yet clear. After the debut, expect this powertrain to show up in other Mercedes models, like the S-Class and next-gen SL-Class.