Mercedes-AMG has been caught working on the new generation of their GT sportscar which will become a sibling to the new SL Roadster. The Porsche 911 rival made its spy debut during testing in the Arctic Cycle looking quite similar to the existing AMG GT in terms of styling. Our spy photographers caught two different prototypes that look like the upcoming 55 and 63 V8-powered variants. 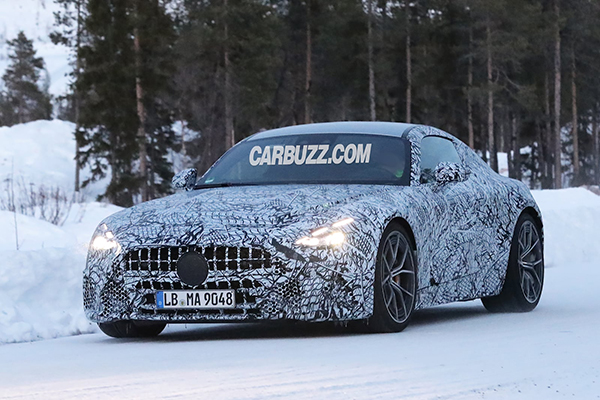 In October last year, we got wind that production of the Mercedes-AMG GT was coming to an end. It’s been with us since the 2015 model year, so as svelte and sexy as it still looks today, it is due for a redesign. But then Mercedes revealed the SL roadster, and many of the brand’s enthusiasts began to wonder if the AMG GT would therefore become redundant. As it turns out, the roadster version of the AMG GT won’t be returning to us, but Mercedes promises that the hardtop GT will live on and that it will feel like an altogether different product compared to the new SL. Now we’ve been given our first glimpse of the new GT, but we still know very little about its changes. 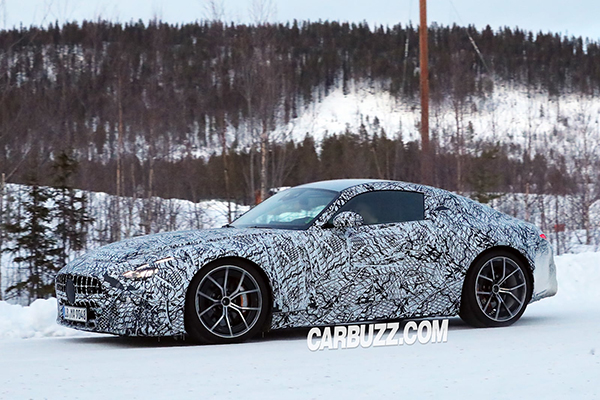 Mercedes has been busy with winter testing of a number of new or refreshed vehicles of late, including the E-Class, the new CLE, the GLE range of SUVs, and its high-performance wagon, the C63 Estate. The revised AMG GT is now getting the same treatment and wears extensive camouflage that hides plenty but also reveals a little. Although the automaker has done its best to hide it, the new AMG GT will clearly be getting a sharper, more teardrop-shaped taillight design not unlike that of the new SL. Things that won’t be changing include a liftback rear hatch and a set of four exhaust tips. 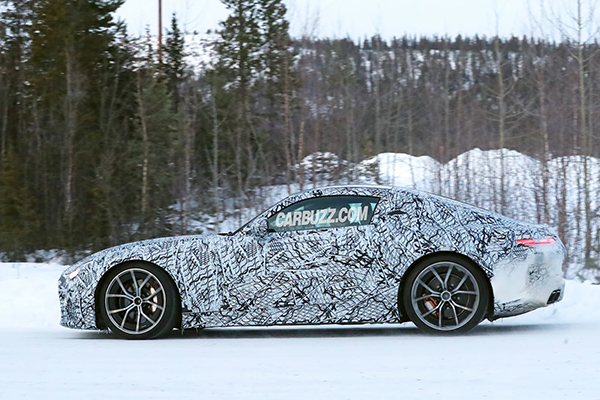 In front, the headlights appear more angular than before and it appears that the Panamericana grille may be slightly updated. Other than these changes, there’s not much else to see here, but since these are our first images of the updated GT, we can’t expect too much. Things not apparent from the photos but likely to feature include seating for only two (the SL will handle 2+2 duties) and some changes to the cabin. 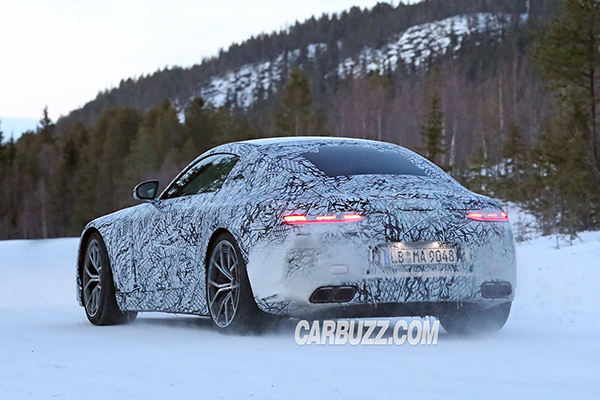 Under the hood, we’re expecting that the 4.0-liter twin-turbo V8 will remain, and since we see no identifying decals on this prototype, it’s safe to assume that hybridization is not coming to this model. If it is, there will still be pure gasoline variants too. Rumors point to the option of a six-cylinder engine, but we just want confirmation of another Black Series. We’ll report on such a thing as soon as we hear of it.