Mercedes-Benz SLK was introduced in 1996 and while it may have been a successful small roadster, it wasn’t half the sports car that the Porsche Boxster was. Then again, it did have that nifty retractable hardtop roof. Still, it’ll hardly go down as one of Mercedes’ most iconic vehicles in the same way as, say, the gorgeous 300SL Gullwing. 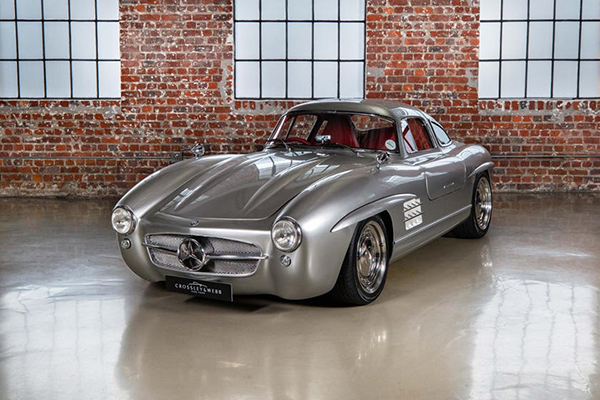 Well, what if someone decided to combine the ordinary first-gen SLK with the legendary Gullwing? Crossley & Webb, a luxury dealership in Cape Town, South Africa did just that, and it’s currently for sale. Dubbed the Gullwing Tribute, it has the glorious lines of the Gullwing but is based on the more modern underpinnings of a 2001 SLK. 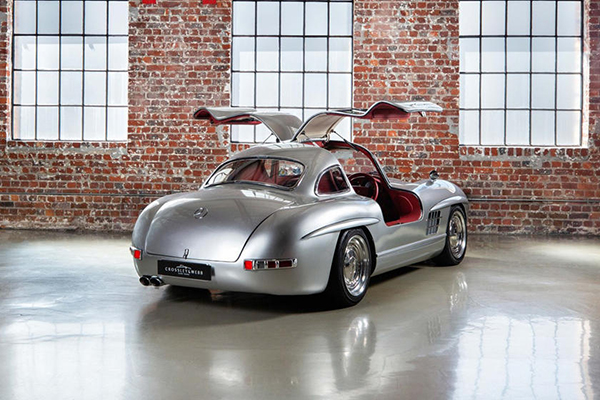 Not just any SLK, mind you, but the high-performance SLK 32 AMG model. Interestingly, it’s not the first 300SL to end up with an SLK 32 engine. This Tribute took five years to build and is described as a “aluminum-skinned special”. Essentially, the SLK 32’s body was cut away and then a steel roll cage was fitted. 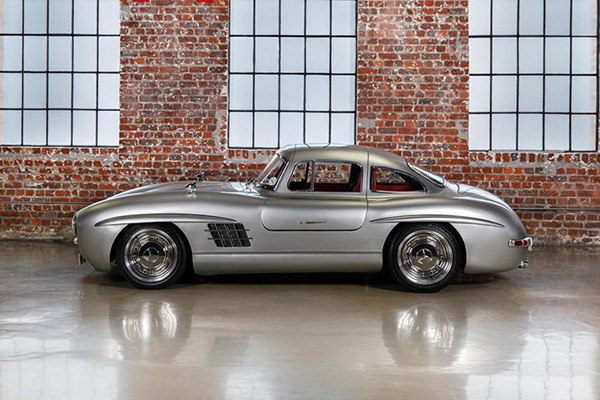 Using data obtained from a 300SL Gullwing 3D scan, a hand-made aluminum body was built, although some specific design elements were incorporated into the new aluminum body as per the owner’s wishes. For instance, the chrome rear bumper of the original is gone and a dual-exit tailpipe has been added. 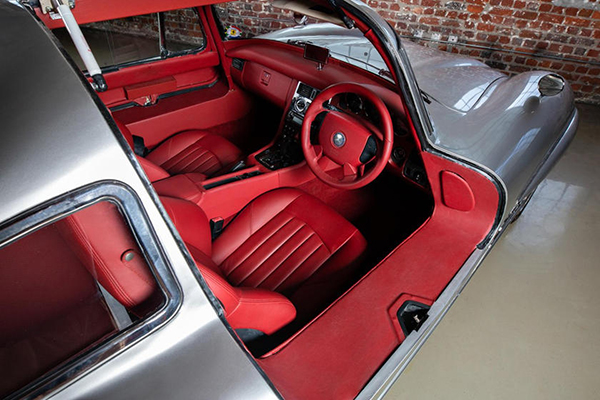 The silver exterior and red cabin contrast beautifully. Although not as powerful as the more modern SLC 43 AMG’s twin-turbo V6, the SLK 32’s 3.2-liter supercharged V6 was retained for the Gullwing Tribute and remains a strong engine. Paired with a five-speed automatic transmission, the engine produces 350 horsepower, and it has 400 kg (882 pounds) less weight to carry around than the donor car due to a lightened chassis. 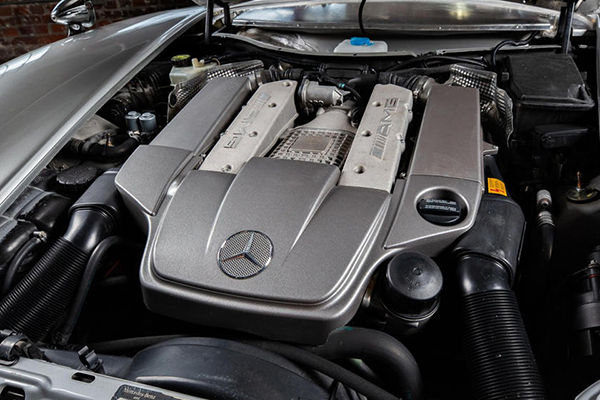 That should make this quite a quick machine. It also comes with luxuries like air conditioning and Nappa leather upholstery which should make it comfortable to live with. This unique restomod is selling for R1,800,000 in South Africa which works out to $127,833 at current rates.