A bizarre Mercedes-Benz SLK, modified to somewhat resemble a Lamborghini, has started to gain traction online after hitting the used car market in Vietnam. 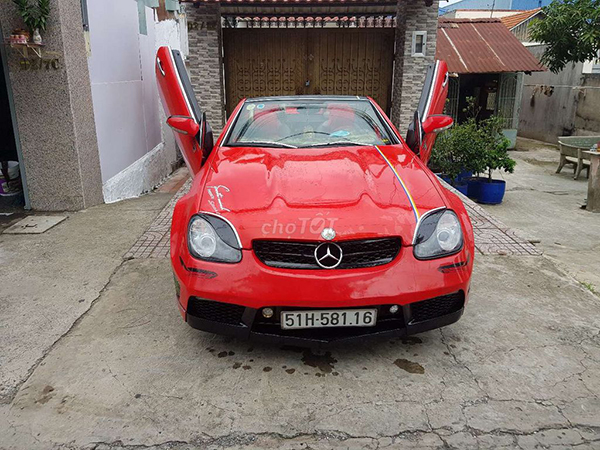 The badge on the rear of the car reveals that this is a Mercedes-Benz SLK 230 although it seems the owner has modified it to be almost unrecognizable and more reminiscent of an Italian supercar. As such, the sports car has been fitted with a pair of scissor doors that immediately give it an especially striking look. 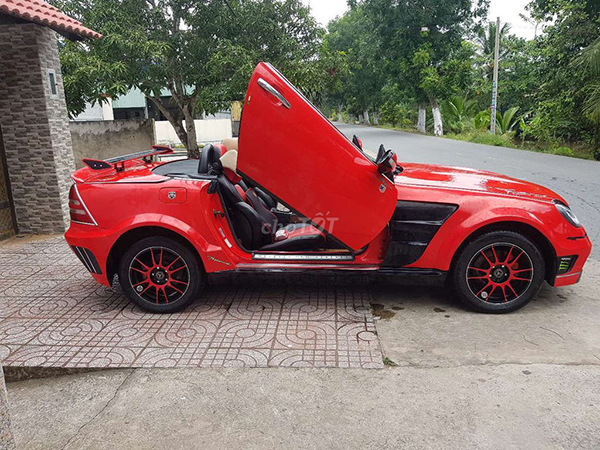 Elsewhere, the exterior of the car has been adorned with a distinctive bodykit that includes revised front and rear bumpers. The front of the Mercedes also features a new black grille and bizarre covers have been placed over the headlights. Found on the front quarter panels are large fins finished in black and seemingly inspired by those of the Mercedes-Benz SLR McLaren. 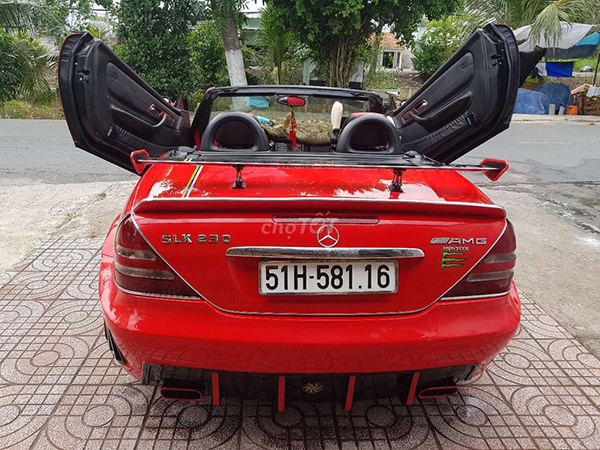 Rounding out the exterior modifications are aftermarket wheels with red spokes, flared wheel arches, a fixed rear wing, and an eye-catching rear diffuser. Some tweaks have also been made to the cabin with red and black leather now adorning the seats and steering wheel. A rug made from animal fur also sits on the dashboard. 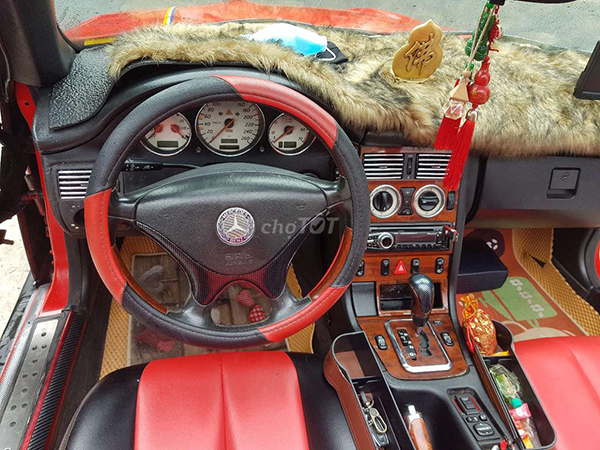 We doubt any performance modifications have been made to the car but that’s no bad thing as the SLK 230 left the factory fitted with a 2.3-liter supercharged four-cylinder producing 190 hp and 207 lb-ft (280 Nm) of torque. This example is also quite cheap with an asking price of 55 million Vietnamese Dong, roughly the equivalent of $2,400.