An iconic car for an iconic event. A Mercedes-Benz 300SL is one of the most beautiful and historic cars ever built. The Super Bowl is practically a national holiday. The Weeknd is one of the most successful entertainers in the world. On February 7, these icons converged to setup an unforgettable event. The use of a Mercedes is not that much of a surprise. In his “Blinding Lights” video The Weeknd prominently featured an AMG GT Roadster. He is clearly a Mercedes man, and the 300SL Restomod is one hell of a Mercedes.

Another Mercedes man is John Sarkisyan. Sarkisyan has built a stunning 300SL before and the car featured in the Super Bowl is his latest creation. Larry Chen of Hoonigan Auto Focus has recently explored the details of this build for their YouTube channel. Chen has seen some pretty incredible cars before, but this build has him nearly speechless. This build uses a 1955 Mercedes-Benz 300 SL for inspiration. However underneath lies a supercharged V6 2002 Mercedes-Benz SLK 32 AMG. Stunning retro looks and modern power, everything that makes a restomod great. 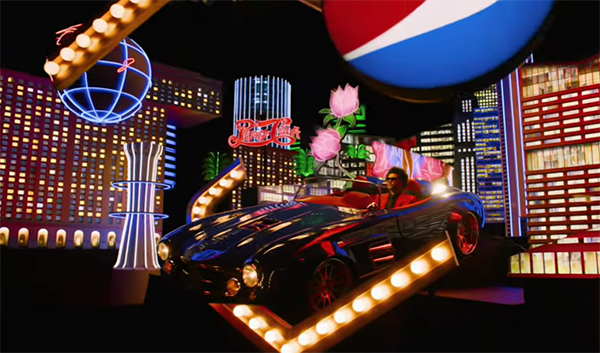 According to Sarkisyan he feels that this speedster version of the 300SL is like four cars combined into one. “There is a lot of 300SL Roadster in this, there is Gullwing, there is SLK, and there is a lot of Porsche Speedster parts too.” Says Sarkisyan. Well, if you are going to combine four cars, that is a pretty good quartet to work with. And despite its wild looks, the fact that it is a SLK underneath, the car basically drives just like an SLK. Everything works from power steering to the air conditioning. This is a case where you don’t have to suffer for your art. 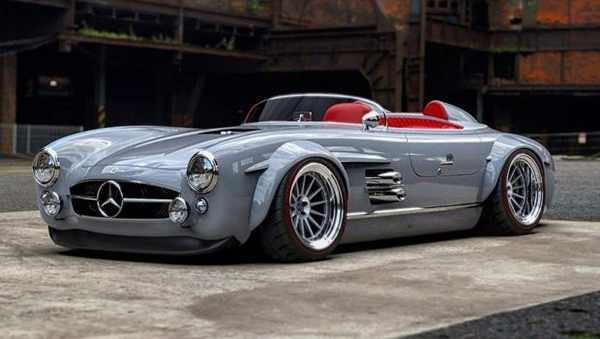 Inside the car you see a blend of old and new. “That’s an actual 300 SL dash. So, the top part of it is very classic looking and the bottom part of it is all business.” Says Sarkisyan. The seats are from a Porsche Speedster and you are looking through a Speedster windshield. Chen wanted to know what was actual 300SL on the car. “The side moldings, the badges, the grille, the bezels for the headlights, the turn signals, its all factory.” Explains Sarkisyan. So, at the end of the day, not much. This is a phenomenal custom build that is worthy of the Super Bowl spotlight.

The good news is that Sarkisyan has four more of these bodies sitting at the shop waiting to be built. So, if you contact him now, you may be able to get one of your own. You may not be able to perform at the Super Bowl but you can at least look the part. There is no mention of the cost for this build, but if you are not pulling down an income to rival The Weeknd then you may be out of luck. Even if you can’t afford one, it costs nothing to marvel at this amazing take on an all-time classic car.