Although they’ve fallen out of favor in recent years, convertibles and coupes have always been an integral part of the Mercedes-Benz lineup. The legendary 300SL is probably the standard bearer for what the company has accomplished on that front. But that doesn’t mean there haven’t been other compelling two-seaters from Mercedes over the years. Case in point? The R170 SLK32 roadster. 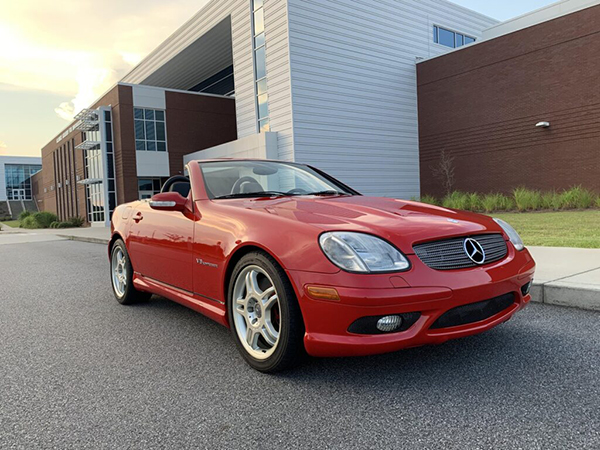 As a svelte, multi-faceted sports car, the SLK32 AMG has it all. Good looks, nimble sizing, and the ability to be used year-round. Additionally, the AMG model is extremely powerful. One well-preserved example recently surfaced on Cars & Bids, an automotive auction site. It’s a low-mileage rocket that while imperfect, is still a great choice for the AMG enthusiast. 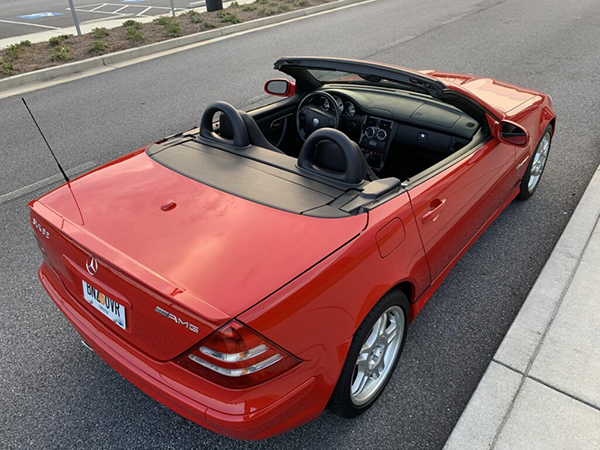 When Smaller is Better
This SLK32 AMG hailed from an era when Mercedes really nailed the formula for technologically sophisticated yet aesthetically disciplined vehicles. Aside from its clean, simple lines, the original SLK lineup offered something not really seen in the late 90s or early 2000s: a fully retractable hardtop. For such a small car, it’s an incredibly useful feature. It’s an enthusiast vehicle for someone who wants year-round excitement.

To that end, anyone interested in what these days is considered a pretty small roadster should take note of what AMG installed under the hood. The SLK32 packed the supercharged “M112” 3.2 liter V6. Mercedes employed the naturally aspirated version in a bunch of vehicles. But its ultimate form was right here in the SLK32. With 349 horsepower and 332 Ib-ft of torque on tap, it’s bound to be an absolute powerhouse on the road. 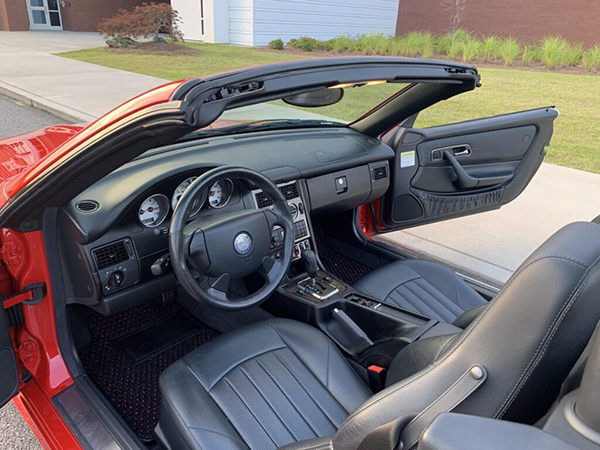 Pluses and Minuses
Overall, this SLK32 is perfect for someone who wants a sporty yet compact ride with a ton of performance. Fortunately, it’s still in decent shape, nearly twenty years after it left the dealer’s lot. It comes with an accident-free history. Additionally, it’s resided in salt-free states its entire life. Interior finishes and exterior paint look like they’re in excellent shape. Plus, it comes with the AMG Styling Package, which featured a body kit and a rear spoiler.

Realistically, it could not be without flaws. Although mileage it extremely low and just under 39k, there are some issues with the car. The rear main seal, which is a crucial seal between the engine and transmission, is leaking. The driver’s side heated seat bottom currently doesn’t work. Some of the rubber trim is cracked too. Plus, there are some paint chips in the front bumper. 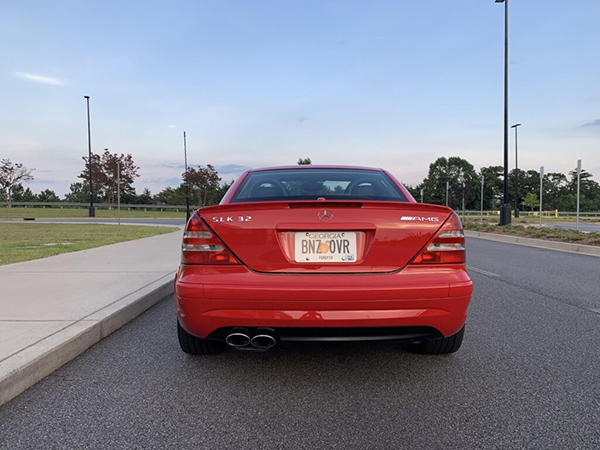 Form and Function
Despite some small issues, this is an excellent option for anyone looking for a fun-to-drive two-seater with panache. Crucially, it has the power to back up its sexy looks. Small cars like this don’t usually have that. But this is a car that lives up to the legacy of its forebears. Take its wheelbase. It nearly matches that of the legendary 300SL. How cool is that?

Fortunately, if you seek more information about the car, you can easily get it. Cars & Bids seems to pride itself on hosting at least 50 pictures of every car featured on the site. And their comment system for each listing almost always has the current owner chime in as well. In this particular case, the current owner has commented several times and seems ready to answer any questions. Bidding ends on August 10, so make sure to get a bid in if you feel this SLK32 AMG is the vintage Mercedes you’ve been looking for!