Iconic Automobile
In the last couple of decades, the level of appreciation for, and subsequently, the value of the legendary Mercedes-Benz 300 SL Gullwing have been on a meteoric rise. And for many collectors, adding the world’s first super car to their fleet is the ultimate goal. So it is understandable that today, altering the iconic character of a 300 SL is considered by many fans of the brand, this writer included, as blasphemy.

The Work of AMG
However, in 1997, when AMG (not owned by Mercedes-Benz a at the time) was commissioned by the royal family of Brunei to modify 11 of these classic beauties with modern performance, there wasn’t as much of a purists’ outcry against it. Partly because the 300 SL hadn’t yet reached the legendary status it holds today. And partly because the internet did not play as big of a role in the spread of information at the time. 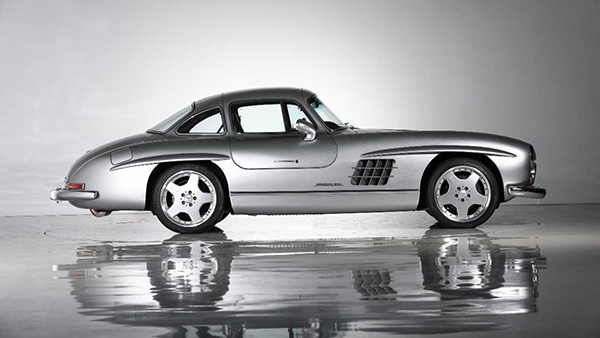 AMG Performance
As evident in the photos, the beautiful body work of the 300 SL didn’t receive any alterations from the Affalterbach engineers. But plenty of performance upgrades are in play. The straight-six motor was replaced with an M119 6.0-liter AMG V8. The 380-horsepower mill is paired with a 4-speed automatic transmission, which sends the power to a transplanted R129 Mercedes SL rear diff. 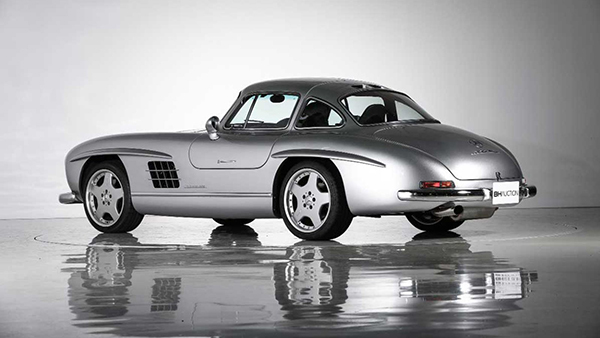 Handling Upgrades
To match the new-found power, a slew of handling upgrades were put in place by the aftermarket wizards as well. The AMG 300 SL is equipped with Bilstein sport suspension in all four corners. And stopping power is provided courtesy of modern Mercedes and AMG parts, including C36 brakes in the front. 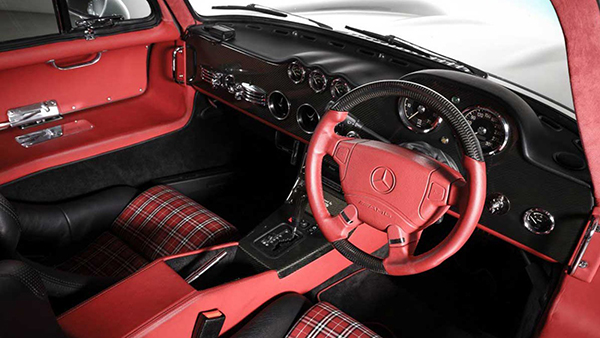 New Interior
And it wouldn’t be an AMG build if it didn’t remind the driver and passenger of its Affalterbach roots. The interior has been treated to a thorough update, including a modern AMG steering wheel, custom Recaro bucket seats, seat belts, A/C, and a sound system. 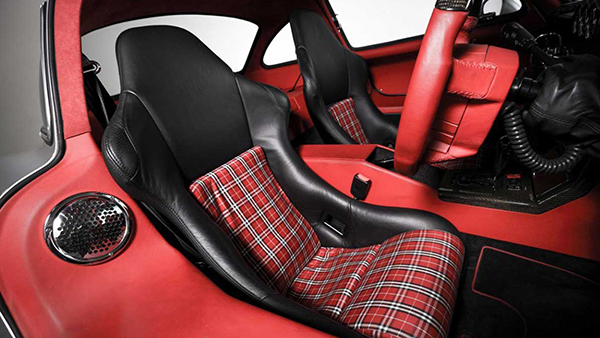 Imagine The Fun
On one hand, you have the updated power, handling performance, and modernized interior. On the other, there’s the amazing chassis of the 300 SL. These two schools of engineering combined make for an other-worldly driving experience. At least that’s what we’d assume! This unique beast was sold at a BH auction in Japan for an estimated $1.5 million!