Mercedes has handed over the development of the new generation SL to AMG. As a result, it will be more track-focused than ever, and won’t step on the GT Roadster’s toes because this model will be phased off. 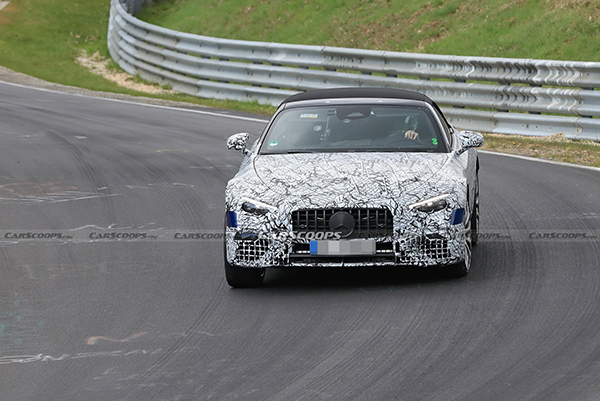 Believed to debut either before the end of the year or in early 2022, the Porsche 911 competitor from the Affalterbach brand has been spied in action again. The engineers took this blue prototype to the Nurburgring for some more fine-tuning, subsequent to the cold-testing phase, and we have to say that it looks very promising. 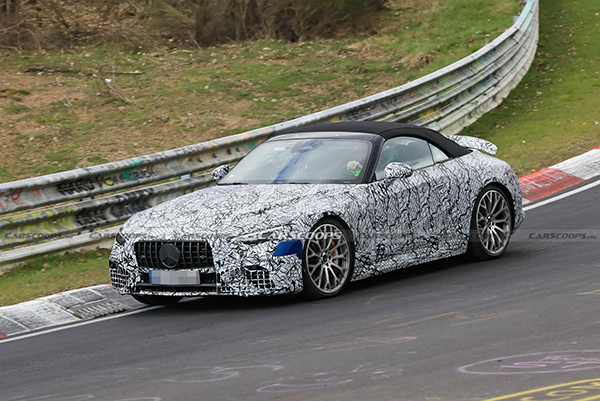 The more modern and aggressive lines are visible from beneath the vinyl stickers. The car features wider fenders, slender headlamps with incorporated LED DRLs, a big Panamericana grille with vertical slats, and reinterpreted side air intakes in the front bumper. The overhangs are about the same size, and the length of the wheelbase does not seem to have changed much.

The folding hardtop has made way to a fabric roof that helps save weight and lowers the center of gravity. The back end sports thinner taillights, similar to other modern Mercedes vehicles, and an active spoiler. This prototype had big quad exhaust pipes, so it might be the new SL 63 model. 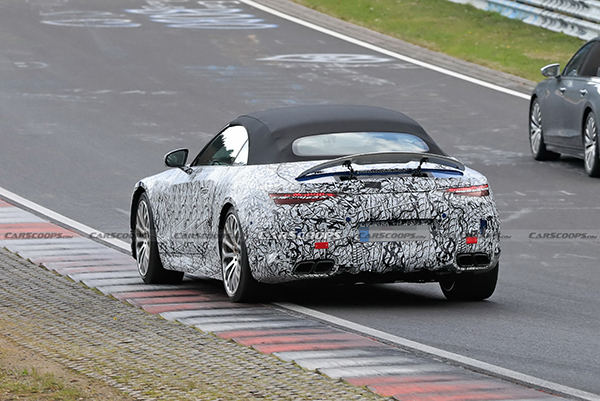 Built on the same platform as the next-gen AMG GT, the 2022 SL will share some of its suspension components, engines, and 48-volt architecture. An assortment of four-, six- and eight-cylinder mills should power it, though the smaller units might be kept away from North America, where the base model could launch with a six-pot. The SL 63 is rumored to get a twin-turbocharged V8, while the alleged SL 73e is understood to sit at the top of the range, with a hybridized powertrain, making approximately 800 HP.