Mercedes-Benz 300 SL is one of the most sought-after classic cars and one of the most expensive. It owes its fame mostly to the “gullwing” doors of the coupé, a masterpiece of automotive design. But that is not to say its open-top version, the 300 SL Roadster, is less elegant or less desirable. 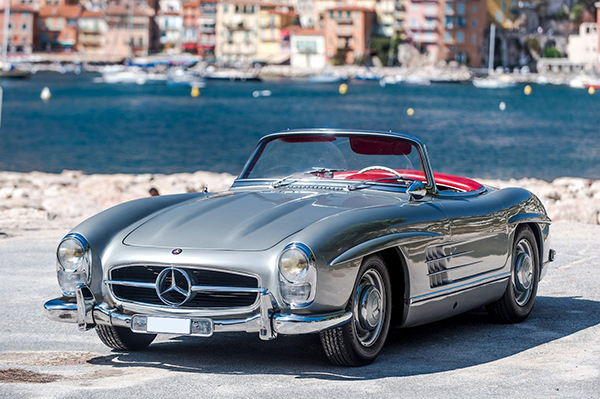 Introduced in 1956 as a cure to the waning sales of the coupé, the Roadster featured several updates to improve space, comfort, and handling. It wasn’t, by all means, just the roof that went away. The car’s body and space frame were also tweaked, which resulted in the weight increase by a whopping 125 kg. 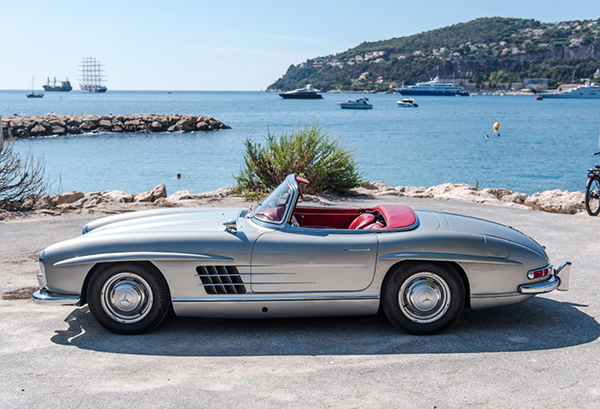 Mercedes also took the opportunity to improve in the key areas where customers complained, notably space and comfort. Therefore, the sills of the new conventional doors were lowered so the passengers could get in and out more easily. Also, the spare tire was moved under the trunk floor and the fuel tank was shrunk to make room for that matching luggage set that rich people love filling the trunk with. 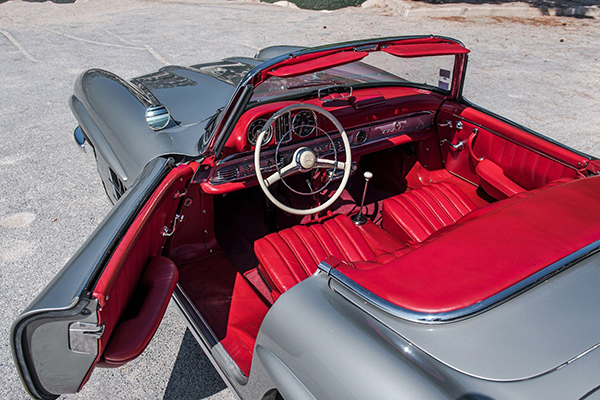 Needless to say, the 300 SL Roadster is exceedingly rare, with only 1,858 units produced before 1963, when it was replaced by the 230 SL of the W113 series. In the first year of production, just 618 were made, and one of them is listed for private sale by RM Sotheby’s. This pretty much explains the asking price of €925,000 ($1,05 million), including the said matching luggage set, a tool kit, and the spare wheel. 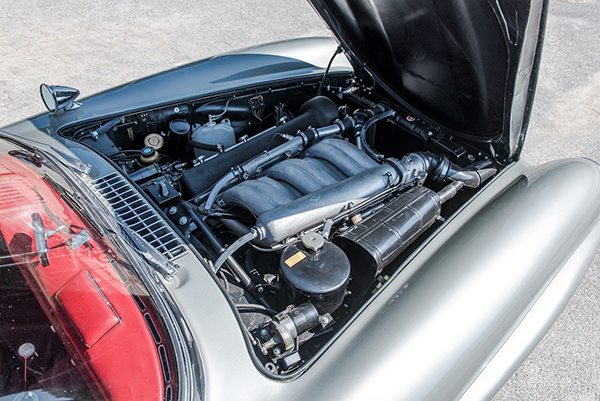 The car has only had six owners during its six decades of life, with the original owner in France keeping it until 1991. A thorough restoration was performed in 2017 by its fifth owner, with a complete engine, gearbox, and axles rebuild. This 300 SL still features the same M198 inline-six engine it left the factory with, mated to a four-speed manual. The odometer shows 2,428 km (1,508 miles), but that is after it went a full round of 100,000 km (62,137 miles).