I wanted to go for a sleeper look but the intake didnt fit under the hood so I went full Hotrod. Just cut up a fine SL 500 for the next widebody. Should I keep it kinda clean, turn it into a drift missile or a hillclimb car? 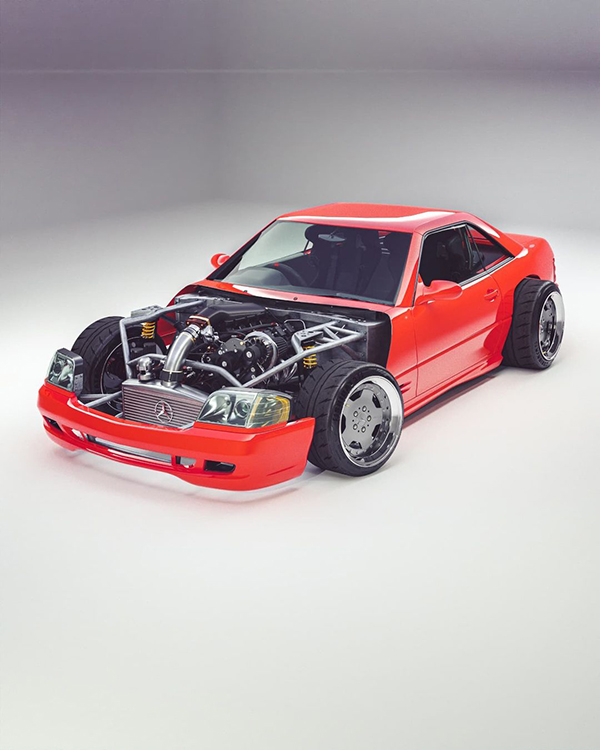 Mercedes-AMG may have taken over the reins to direct the future of the SL-Class. But that doesn’t mean people are going to instantly forget the Benz side of the legacy. After all, there are another six generations to speak of.

Sure, everyone wants to see the 2022 Mercedes-AMG SL go head-to-head with Porsche’s 911 Turbo Cabriolet in all sorts of scenarios. From grocery shopping to club going and from quarter-mile battles to racetrack skirmishes. But until the first deliveries of the R232 push through from Affalterbach, how about an alternative? 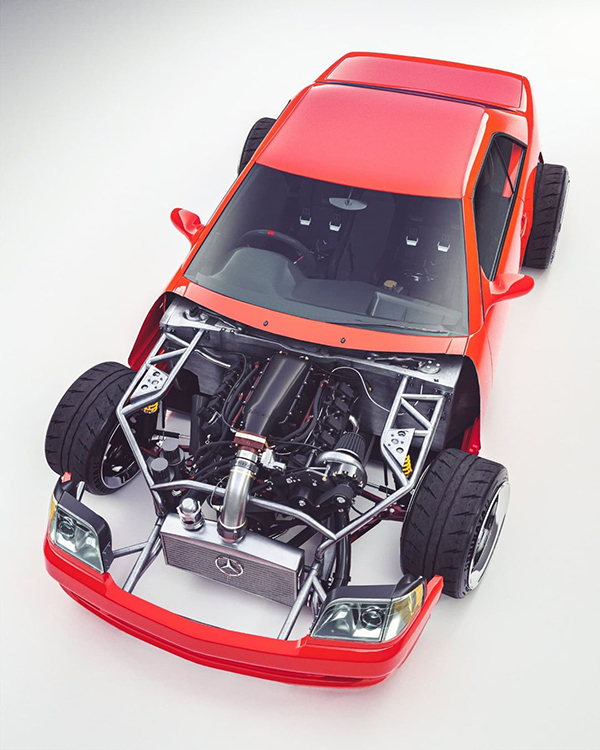 Granted, it’s a virtual one. So, it’s probably forever destined to remain mere wishful thinking. And it’s not even finished just yet. But we simply couldn’t resist the idea of seeing and sharing with the entire world a widebody Mercedes-Benz SL 500 Hot Rod! Sounds quirky, outrageous, amazing, stupid, glorious… all at once.

But this R129 (1989-2001) Mercedes-Benz SL looks uncannily crazy and cool at the same time. And it’s all because of simple detail. As per the author’s words: “I wanted to go for a sleeper look but the intake didn’t fit under the hood, so I went full Hot Rod.” Andreas Richter, the Berlin, Germany-based pixel master behind the ar.visual_ account on social media then added he “cut up a fine SL 500 for the next widebody.” 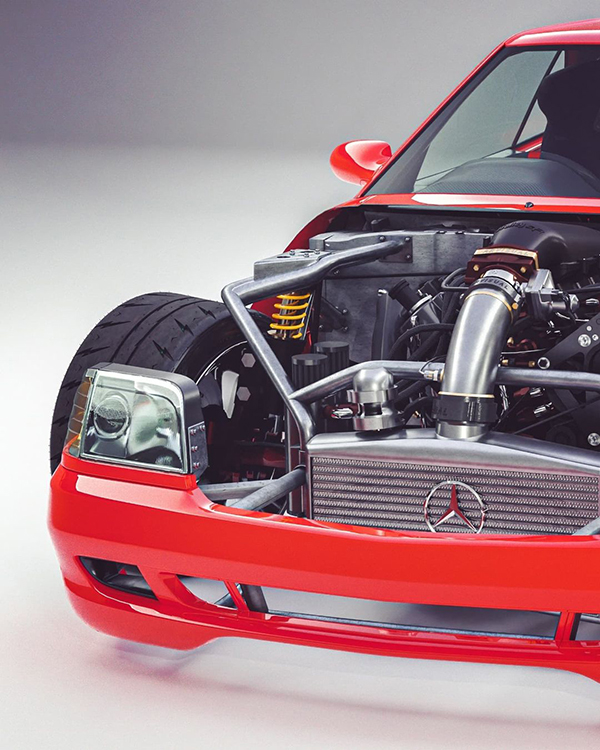 Indeed, the creators know how to put everything into a simple perspective. Never mind the protruding front and rear wheel/tire combination. Let’s also ignore the complete lack of a hood and front fenders, as per the extreme Hot Rod look. Hey, we could even give a hall pass to the digital creator’s indecision about making this a “drift missile or a hill climb” monster.

But are purists going to allow the ultimate sacrilege? We are, of course, talking about the three-pointed star logo’s shameful relegation on the radiator… Kidding, we just love obvious “work-in-progress” placement!