As with most important automotive releases for the past few years, the 2022 Mercedes-AMG SL has been leaked before its official unveiling, albeit in a few low-resolution photos of its patented design. 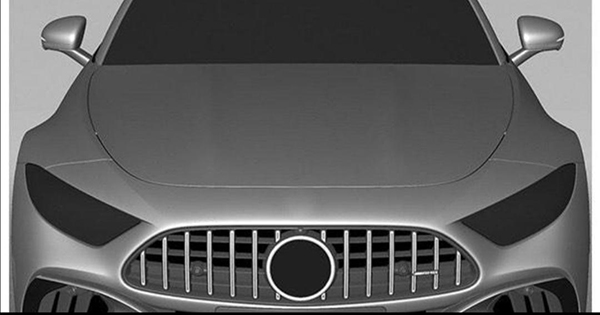 Just like other similar leaks, the images themselves don’t do the car a lot of justice, since all the subtle details that will be observed in the official press photos are obviously missing, including the new SL’s gorgeous proportions.

That said, the A-Class and CLS-like shape of the headlights is bound to upset some people, especially purists who were expecting the new SL Roadster to sing its own original tunes from every perspective.

We already had a general idea about how the car will ‘sit’ on its wheels and Mercedes-Benz went as far as completely revealing its tech-laden interior, but this leak definitely gives us a lot more of the finished product.

Now at its seventh generation, making it the longest-running nameplate in Mercedes-Benz history, the SL-Class will for the first time become available as an AMG-only vehicle.

With no Mercedes-Benz version in sight, it is expected that the new roadster will have much sportier roadholding, especially since it won’t have to lose sales to the Mercedes-AMG GT Roadster replacement, as that model is no longer on the agenda.

Speaking of the GT, the new SL Roadster is based on a new platform called MSA (Modular Sports car Architecture), which is shared with the second-generation Mercedes-AMG GT, a model that has yet to start testing in prototype phase, at least on public roads.

This translates to both good news and bad news, depending on which side of the fence you’re receiving it. The bad news is that the aluminum spaceframe with a front-midship engine and a transaxle gearbox is going the way of the dodo.

It first premiered on the SLS AMG and was carried over to the GT and GT roadster, but that’s where its career will end.

On the plus side, Mercedes-AMG SL’s MSA platform allows more interior room, not to mention two extra seats in the rear, while the front-positioning of the gearbox allows for an easier implementation of all-wheel-drive, which all the more powerful SLs will get as standard.

Speaking of power, two V8 versions are expected at the launch of the car, scheduled just two days from now, in the shape of the SL 55 and SL 63. Both are using the tried and true 4.0-liter turbo V8, paired with a mild-hybrid 48V system, a nine-speed automatic transmission and all-wheel-drive.

Later on it is expected that the E Performance plug-in hybrid from the similarly named GT 63 will also make an appearance, bringing all its 840+ horsepower with it. The entry level SL is expected to be powered by a four-cylinder engine, a longitudinally placed version of the M139 in the Mercedes-AMG 45 models, with hybrid tech.

Don’t sing at the inline-six’s funeral yet though, as some sources are mentioning that at least the U.S. might get a verion of the SL powered by it instead of the inline-four.