We are going to see an interesting passing of the baton in the years to come. Mercedes-AMG has taken over the burden of moving the SL-Class forward, and that means the division’s GT model line could be doomed. 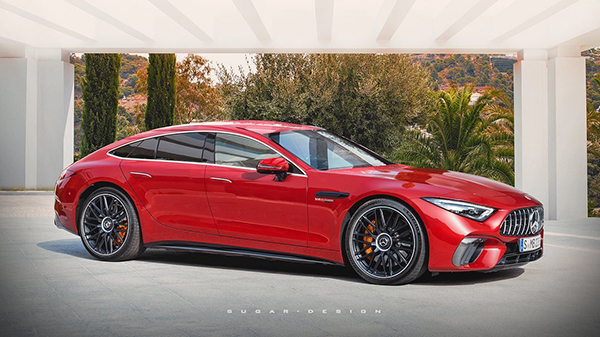 Mercedes-Benz has tasked its high-performance Affalterbach-based unit with carrying over the iconic SL’s legacy. Quite a massive burden if you ask us. Especially given the legendary predecessors that trace down their roots to that fabled 1954 moment when the original Gullwing became a reality.

But Mercedes-AMG has taken baby steps, first introducing the 2022 SL in roadster form. Naturally, with up to 577 horsepower on tap, this open-top shouldn’t be taken lightly. Especially if one can easily draw the parallels between this kind of power and the current Mercedes-AMG GT.

So, it seems the R232 Mercedes-AMG SL will act as a direct successor to the latter’s Roadster version as well. And that made it logical for double virtual duty. Obviously, about every automotive pixel master out there quickly gave his/her two cents about possible body style versions and even higher-performance modifications.

This is only logical, for one day, Mercedes-AMG might supersede every GT with an equivalent SL. Right now, a Coupe variant seems like a very logical choice for going forward. But of course, that’s not the only one. So, virtual dreamers have cooked up Shooting Brake options, and now also a four-door coupe variant.

Sugar Chow, the virtual artist better known as sugardesign_1 on social media, takes another break from “Touring the world!” for this… don’t-call-it-a-sedan. And he quickly delivers the Mercedes-AMG GT 4-Door Coupe from the future, in the form of a CGI SL with four doors. The transformation is quite obvious, but unlike many other projects, this time around the digital content creator didn’t give us too many points of view.

Perhaps next time, when he might fulfill a fan’s desire to change this “nice” AMG into a station wagon.