The SL65 AMG Black Series is an insane vehicle. Primarily because it takes the premise of an already insane car, the SL65 AMG, and bumps it up another notch. Someone at AMG took a test drive in the standard model and thought to themselves, for whatever reason, that 604 horsepower wasn’t quite enough. So, naturally, they turned it up even more. The result of that questionable yet remarkable decision is bumping up the already mind-blowing twin-turbocharged V12 to a total of 661 horsepower. Zero to 60 miles per hour takes less than four seconds. Furthermore, if the horsepower figure impresses you, the torque number will take your breath away. With an astonishing output of 738 pound-feet of torque, the SL65 AMG Black Series has more twisting power than many diesel trucks. Unfortunately, chances to own one are very few and far between because Mercedes-Benz only made 350 of them. So if you see an opportunity to own one, you’d better jump on it fast. 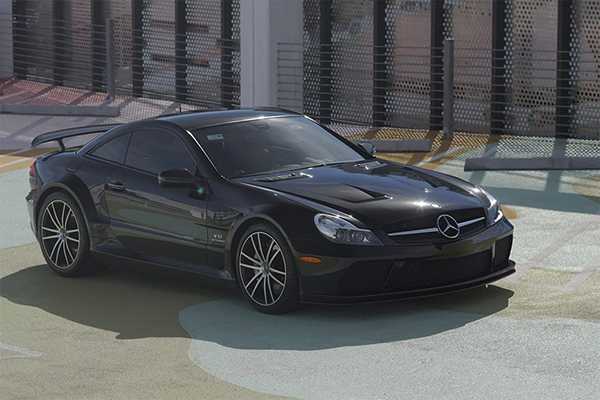 We’re happy to inform you, too, that the time has come. Currently, this SL65 AMG Black Series with only 11,000 original miles on the odometer is for sale on Bring A Trailer. At the time of writing, with five days left, the bid has already climbed to a mind-melting $300,000. However, if you’ve got the cash, this may be your only shot. We highly recommend you pay close attention if it’s on your financial radar.

Perfect Blend of Tame Luxury and Uncontrollable Power
While the interior of the Black Series is very, well, Mercedes, it’s pretty misleading. From the inside, save for the carbon fiber trim and the AMG Black Series branded floor mats, one wouldn’t even know what they were in until they put their foot down. From the outside, in fact, most passers-by wouldn’t know what they were looking at either. However, to a select few, the widened fenders and quarter panels are a dead giveaway. So, in everyday driving situations, the SL65 AMG Black Series would feel, for the most part, like a normal Mercedes. 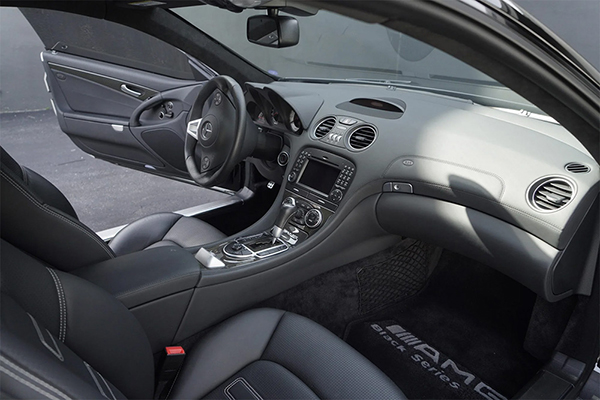 To the offense of many AMG fans, Jeremy Clarkson compared the SL65 AMG Black Series to an American muscle car in an episode of Top Gear. He accredited is traditional (and not electronic) suspension and massive horsepower as reasons the comparison is fair. Clarkson also went on to declare the Black Series was “cheap” relative to the SLR McLaren, which cost much more but wasn’t that much faster.

The real winner in this auction is the seller. Assuming the seller is the original owner, they’re making off like a bandit. The original window sticker is included with the car, displaying the original sale price; $304,350. Considering the auction is already at $300,000, we’d say they’ll be getting their original investment back and then some!

Despite the fact that we can’t afford to own one and will likely never have the chance to drive one, we couldn’t be happier to see this Black Series make a surprise appearance on Bring A Trailer. We’ll certainly be watching for the final sale price!