Initially, the 2022 Mercedes-AMG SL was supposed to be unveiled earlier this year, during the summer, but its launch has been delayed as to not steal the thunder from all the electric concepts and production cars that the three-pointed star decided to bring at the 2021 IAA in Munich. 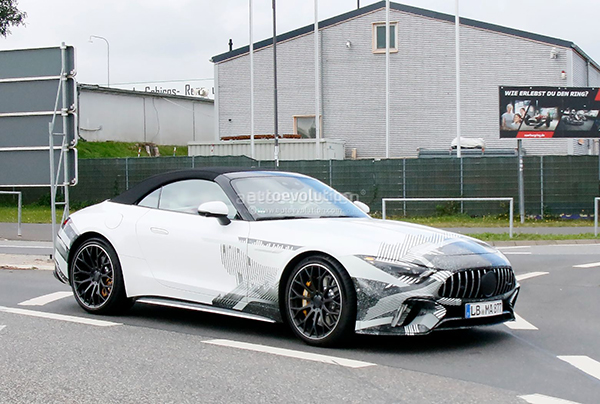 The carmaker has already given everyone a preview of the aluminum-intensive chassis providing the backbone for the new SL’s architecture, while the interior has been fully revealed just a few months ago.

Now it’s time to take a closer look at the exterior of the model, as spy photographers have caught a pre-production prototype featuring even less camouflaging garments than a Victoria’s Secret model. 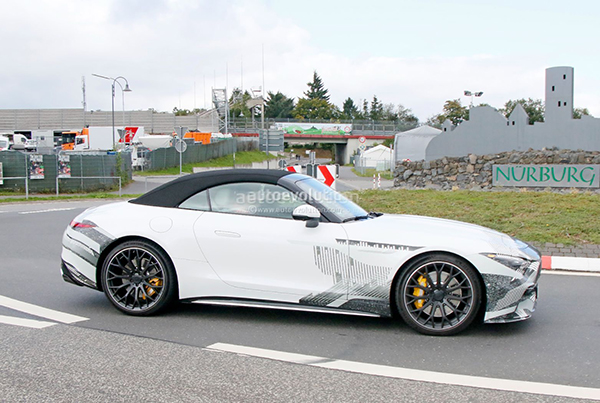 As you can see, the model analogy doesn’t stop at the SL prototype’s attire, since it also includes its overall looks and proportions.

The long and low hood is augmented by a standard Panamericana grille that is flanked by one of the sleekest pair of headlights this side of a futuristic concept car. 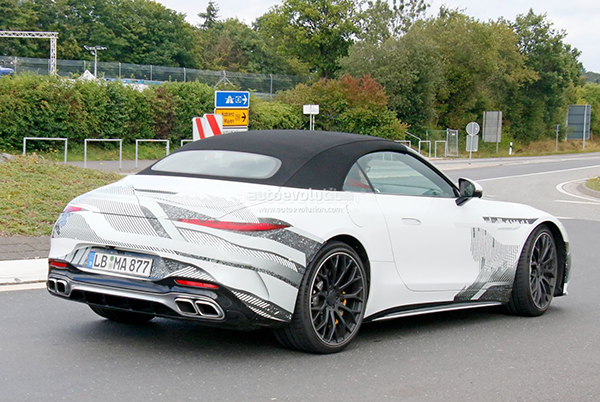 The doors use retractable door handles and hide an interior that will try to steal more sales from the Porsche 911 Cabriolet thanks to its 2+2 arrangement.

Based on an all-new platform called MSA (Modular Sportscar Architecture), the new SL will come in Mercedes-AMG flavor only, and it will share a lot of bits and pieces with the second generation of the Mercedes-AMG GT, which will no longer get a roadster version. 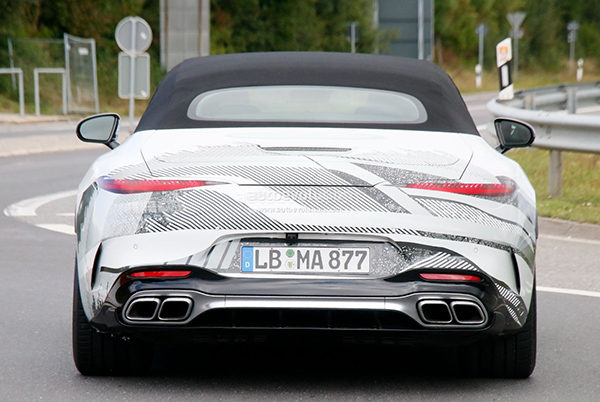 The entire powertrain lineup is set to be electrified, with no less than four different SL versions to be available, comprising only four- or eight-cylinder engines augmented by smaller or larger electric motors.

The top of the range version is expected to get the same powertrain as the recently revealed Mercedes-AMG GT 63 S E-Performance, while the base SL should get a four-cylinder with mild-hybrid and electric compressor tech.

Almost all versions will be all-wheel-drive, sending the power through the newest version of the tried and true 9-speed automatic transmission.