Mercedes has made substantial efforts to find a solution for the development of a new generation of Mercedes SL despite the dramatic drop in sales in this segment. In the end, tradition and loyal customers prevailed. 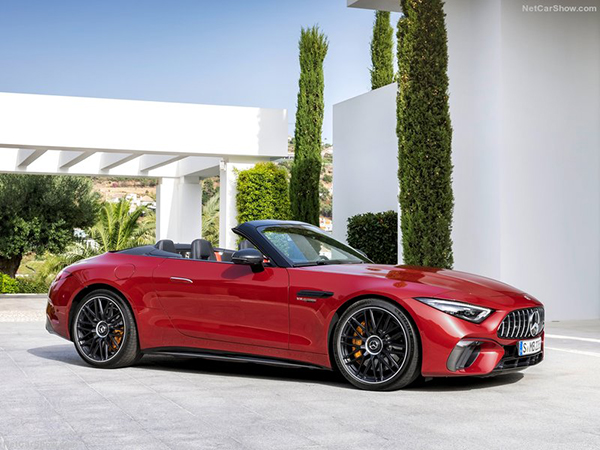 Sales of the Mercedes-Benz SL have been dwindling in recent years but that didn’t stop the German automaker from recently revealing the all-new, seventh-generation model.

Mercedes-Benz only managed to sell 1,300 examples of the SL last year, roughly 10 times less than the numbers it was routinely selling in the early 2000s. However, key factors such as the SL’s heritage, its position as a convertible halo with the brand’s range, and a loyal group of customers are all reasons why it remains in the Mercedes range.

Speaking with Car and Driver, global head of marketing and sales for Mercedes-AMG, Michael Knoller, acknowledged that sales of the SL have dwindled in part due to increased demand for SUVs. In addition, Knoller said that the carmaker’s huge array of models has also cannibalized sales.

“When you look at the U.S. market, I think you have to include, in addition to the core segment, we’ve offered the S-class coupe and cabriolet, and the Mercedes-AMG GT roadster.”

Sales of the Mercedes-Benz SL have also been impacted by the arrival of the Lexus LC which is on track to sell around 3,000 units this year, an increase of almost 35 percent over last year. President of automotive research and consulting firm Alexander Edwards also said that Tesla has “bullied the others aside” and is now a brand that is seriously considered by performance car buyers.

Speaking as to why the SL sticks around, Knoller said that the car’s heritage and its loyal customers are key.

“For us, it is important to have this SL in our product portfolio because, brand-wise, it’s one of the icons since the 1950s,” he said. “Every decade there is an SL that reflects the lifestyle of the time period. The SL customers are more loyal customers. So, it is not only marketing to keep an icon alive. But also to meet customer expectations to our portfolio. And the household income is quite high.”

Knoller added that vehicles like the SL are perfect for the “special moments in life where [customers] just want to have fun with their friends.”