The R107 Mercedes-Benz SL is a classic. Sure, it won’t fetch as much as its predecessor at auction, but it still has a great number of admirers across the globe. Speaking of admirers, we reckon car enthusiasts everywhere will get a kick from checking out this 1982 SL race car, which, rest assured, is a genuine track weapon. 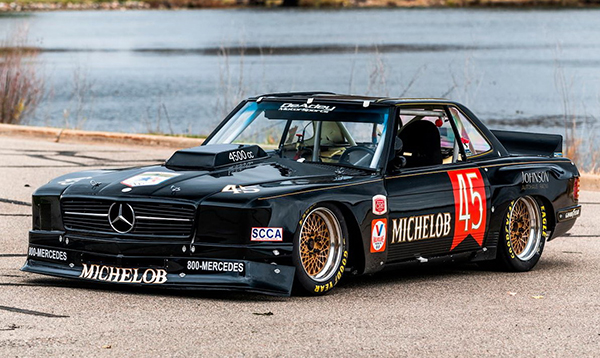 Commissioned by one Neat DeAtley, a Mercedes-Benz dealership owner from Lewiston, Idaho, this car will get auctioned off through Mecum this upcoming week and could fetch anywhere from $450,000 to $475,000.

While that might seem a bit steep for a pseudo stripped-down SL, make no mistake about it, this is an actual Trans Am race car. It even managed a P6 finish during the 1982 Trans Am season at Road America – a competition designed to showcase mostly American muscle cars in road racing format. 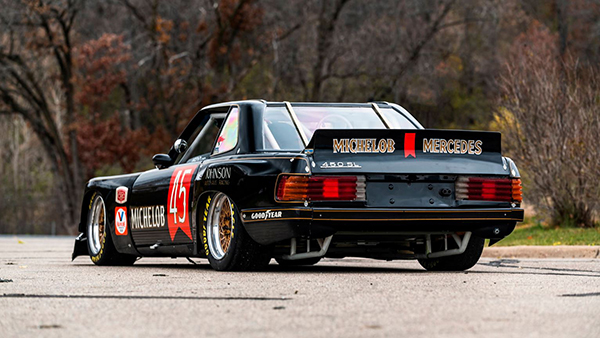 Just imagine seeing this German brawler on the grid next to all that American muscle. It had to have been really cool.

Anyway, let’s run through some of the highlights of this thing, mechanically speaking. First, understand this is a “silhouette racer”, based on a custom tubular space frame fitted with a fiberglass body shaped like a Mercedes 450 SL hardtop. The exterior also comes with flared fenders, a large rear spoiler, large front air dam and a prominent hood scoop. The paint, by the way, is an original 450 SL hue. 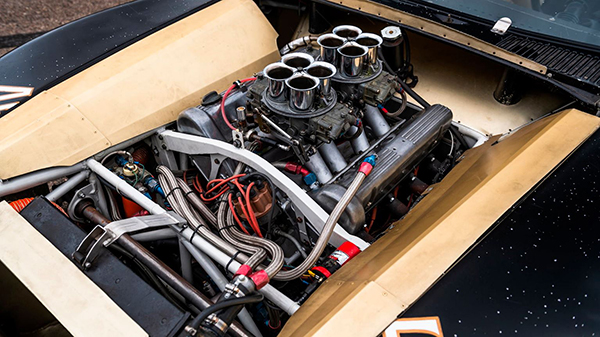 In terms of performance, the factory Bosch fuel-injection system had to be replaced with twin Holley 4-barrel carburetors, fitted to a custom-made intake manifold, to comply with Trans Am rules. The engine, however, a 4.5-liter V8 unit, endured, even though it was destroked to 4.5-liter from 5.0-liters.

As for the interior, it’s all “business”, featuring a roll cage, racing instrumentation, aluminum panels, seat harnesses and a custom three-spoke steering wheel.