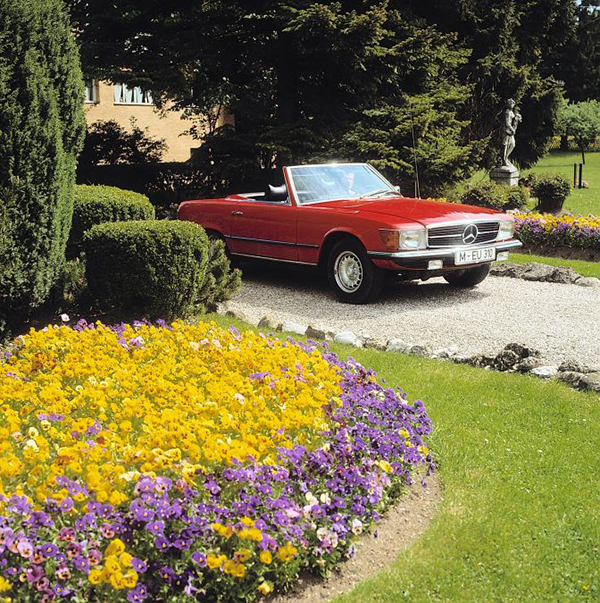 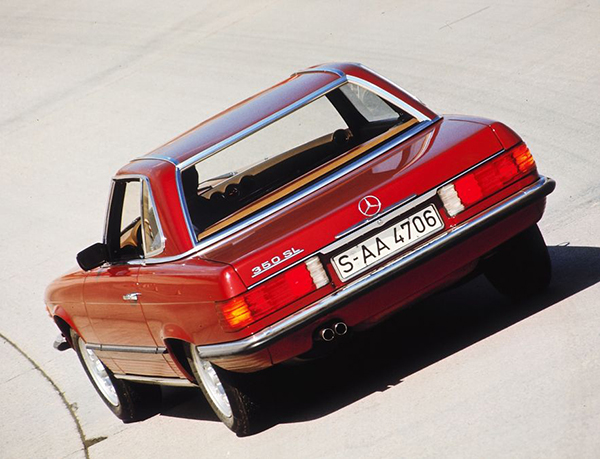 But let’s go back to the Mercedes-Benz SL R107.

Mercedes SL R107 was the first SL to receive a V8 engine in the 350 SL version. Mercedes SL R107 was a completely new construction as an open two seater with a fully retractable fabreic top and removable hardtop. In the same year with the launch of the R107, Mercedes also launched the C107 coupe version, the first in a series of six generations of luxury coupes. 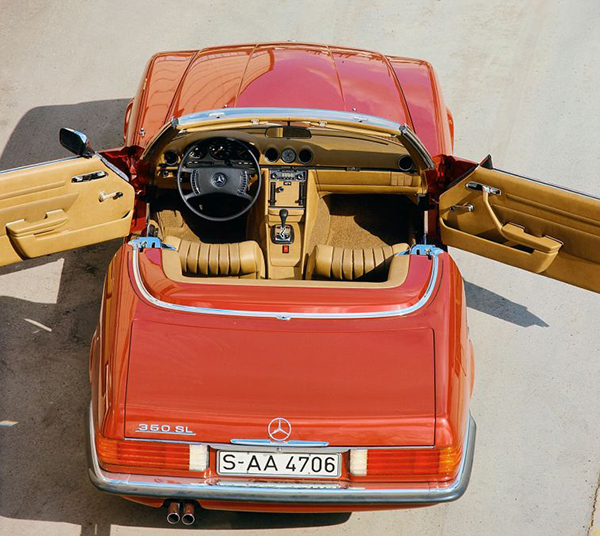 Mercedes 350 SL was powered by a 3,499 cc V8 engine and 200 HP taken from Mercedes 280 SE 3.5 W 111 (coupe and cabriolet) and W 108 / W 109 (saloon). The luxury roadster came with some innovations like the fuel tank installed above the rear axle to protect it in the event of a collision, high-strength steels in the A-pillars and windscreen frame with its glued-in glass, as well as the interior with a new four-spoke safety steering wheel, padded surfaces and deformable elements as a contribution to passive safety. 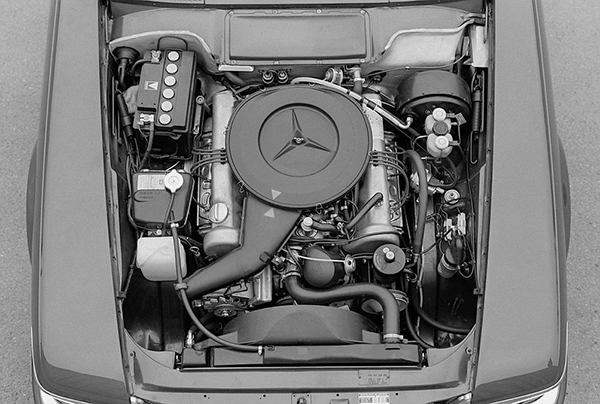 In 1985 a second facelift followed which focused on new engines. Thus appeared the 300 SL, a name that reminded us of the iconic model from 1954. It had under the hood a 6-cylinder 3-liter engine with 188 HP. Completely new was the 420 SL with 218 HP while the 500 SL (245 HP) received the electronically controlled mechanical fuel-injection system Bosch KE-Jetronic. 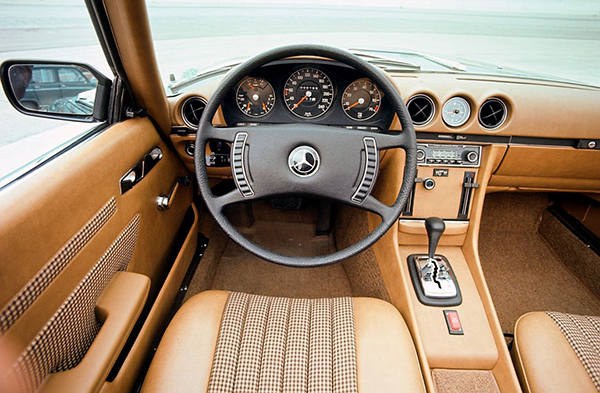 The top model was the 560 SL with a 5.6-liter V8 engine reserved for North America, Japan and Australia. All models had a three-way catalyst.