This 1955 Mercedes-Benz 300 SL Gullwing has something special hidden beneath its silver paint. Scheduled to cross the auction block with RM Sotheby’s in Phoenix Jan. 27, it’s one of just 29 Alloy Gullwing coupes, and is expected to sell for $7 million to $9 million. 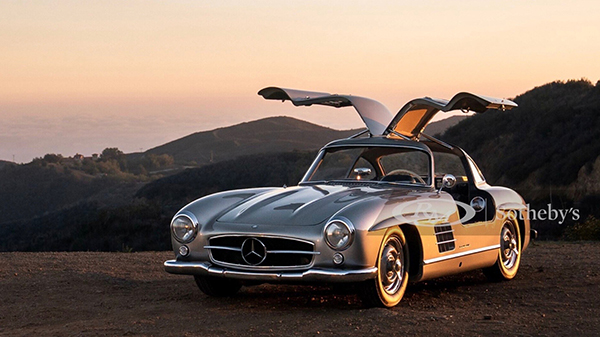 Formally known as the “Leichtmetallausführung” or “Light Metal Version,” the Alloy Gullwing replaced the standard car’s steel bodywork with aluminum. All glass except the windshield was also replaced with plexiglass, for a total weight savings of 209 lb. 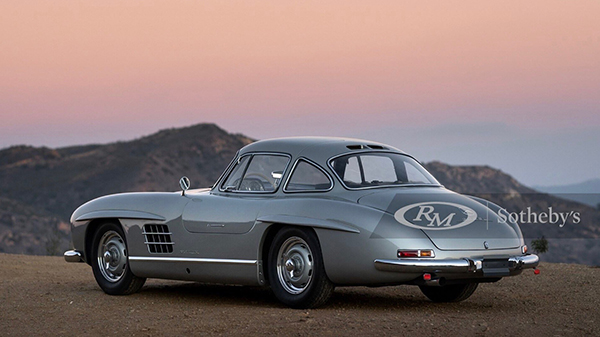 Mercedes built the Alloy Gullwing with privateer racers in mind, but a high premium over a standard SL meant there were few takers. Just 24 cars were built in 1955, with an additional five cars in 1956.

The car going up for auction—chassis number 5500332—is the 13th of the 24 cars built in 1955. It was ordered by Joseph F. Weckerlé, the official Mercedes agent in Casablanca, Morocco. Weckerlé specified a few options, including a 3.42 rear axle ratio, a 270-kph (167-mph) speedometer, and a Becker radio.

In 1982, this car was acquired by Hyatt Cheek, then-president of the Gullwing Group owner club and a director-at-large on the Mercedes-Benz Club of America’s National Board. Despite its rarity, Cheek regularly drove the Gullwing, taking it on many long-distance tours, according to the auction listing. Today, it’s one of the few examples to retain its original alloy body and engine, according to the auctioneer, hence the seven-figure pre-auction estimate.