The R129-generation Mercedes-Benz SL, which was sold from 1990 to 2002, is just beginning to be recognized as a collectible. Prices for really nice examples have come up into the teens, as seen in these two recent sales on the auction site carsandbids.com: a 2000 SL500 that sold for $18,300 and a 2001 SL500 that went for $19,750. And while those SLs were undeniably nice, and had exceptionally low mileage, they were still, well, used cars. 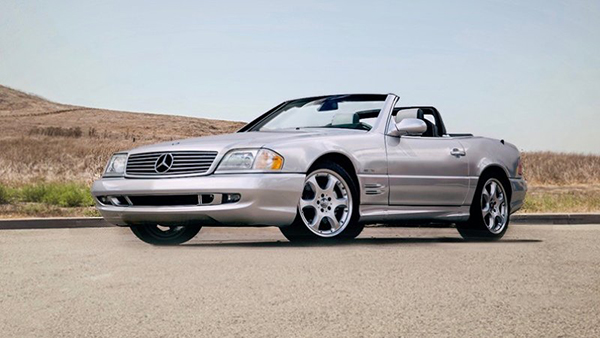 If you really want to put yourself into the shoes of a Y2K-era master of the universe with a Bush tax cut windfall to spend, you want something akin to a brand-new Mercedes-Benz SL from that period. This is likely your best opportunity: The Mercedes-Benz Classic Center in Irvine, California, has on consignment not one but two SLs from the very end of the R129 model run. Both have never been titled or registered. This is as close as you can get to purchasing a new R129 SL.

You have your choice: A 2001 SL600, the V12 kingpin from the penultimate year of R129 production. Finished in black-blue metallic over black leather, it shows a mere 427 miles on the odometer. Or maybe you prefer this 2002 SL500 Silver Arrow. From the final year of production, the Silver Arrow was a limited run of 1,515 cars. It’s finished in special Silver Arrow ultra-metallic with a black-and-silver leather interior. The odometer shows just 142 miles. 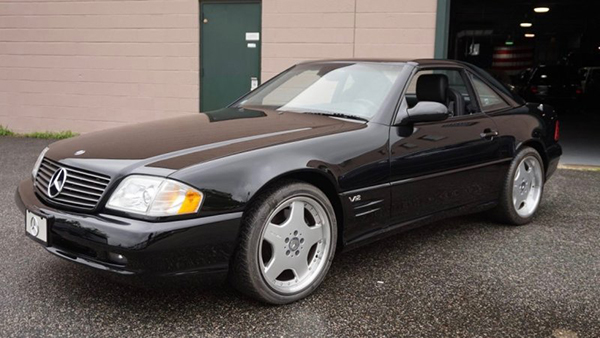 According to the Classic Center, each retains it MSO (Manufacturer’s Statement of Origin) the documentation that Mercedes supplies to its dealerships to title a car for its purchaser. The cars were purchased by a dealer who never titled them and later sold to a collector who similarly never registered the cars. The condition category for both SLs is given as Concours Edition, and each is described as “ready for its first owner” — although that should more accurately be “first titled owner.”

Of course, while used examples of the R129 SL — even nice ones — have depreciated precipitously from their original sticker prices, that’s not the case for these two new cars. The asking price here is $135,000. Each.