Brought back my Black Series R129 design dumped on a new set of 3-pc. OG Brabus Monoblocks. Not all cars can rock this 3-spoke wheels but looks so proper on older Benzos. 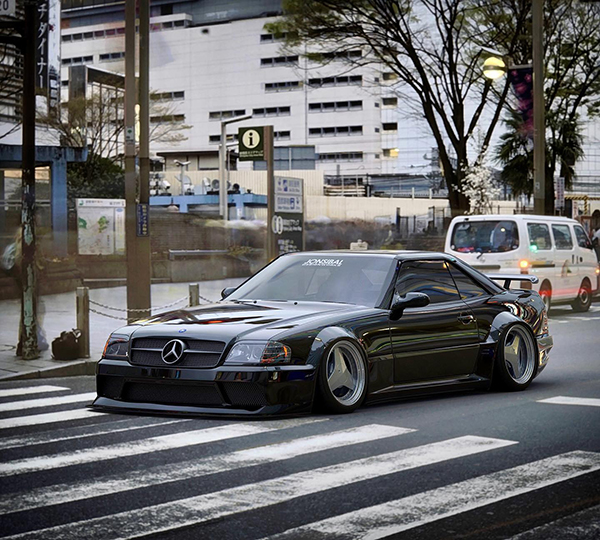 Right after the 300 SL, the R129 is regarded by some as being one of the best-looking generations of the Mercedes-Benz SL. We’re not so sure about that one, because even if we’re fans of the boxy styling, the R230 looks a bit more appealing to us. 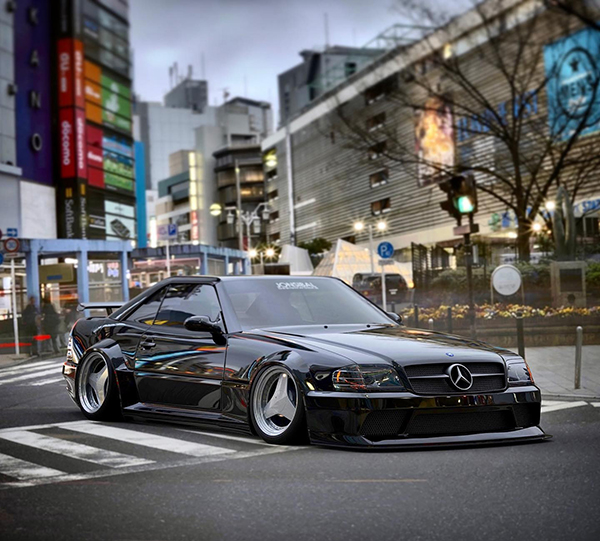 But this R129 has something very special about it indeed. It rides on a set of Brabus Monoblocks with a three-spoke pattern and thin rubber that leaves very little room under the swollen arches. The stanced design, negative camber, and black body, as well as the smoked lights and trunk lid spoiler, make it even more head-turning.

Nonetheless, the only heads that this classic Mercedes-Benz SL is going to turn are in the digital realm, because it does not exist in the real world. The images shared in the gallery came courtesy of Jon Sibal, who transposed a simple yet rather elegant idea into this project, posting it on Facebook. 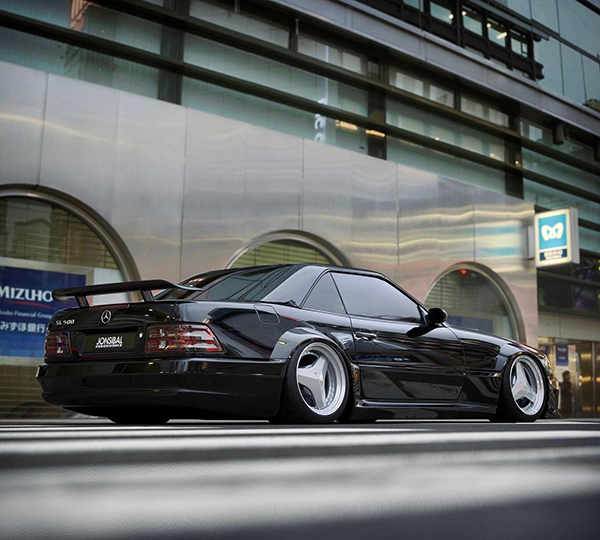 The vehicle looks like it came straight from Gotham City into the CGI world, and is definitely doable. Thus, if it has inspired you, then the used car market is the place to start, as you are going to need an SL R129. The most affordable examples sell for a few thousand dollars, and you may want to stay away from those properly maintained, all-original ones, and AMGs for that matter, because they are very pricey, to say the least.

On a different note, you could simply wait for Mercedes to uncover the 2022 SL. Expected in a few months, the new generation has been developed by the Affalterbach brand and will launch with a ragtop, and 2+2 seating configuration. Power is understood to be supplied by four- and eight-pots and a plug-in hybrid V8 could be part of the offering, with the GT 63 E Performance’s assembly, which has a combined output of 831 hp.