It’s safe to say that serial supercar collector Manny Khoshbin has a thing for the Mercedes-Benz SLR McLaren – he now has NINE of them. In a recent Instagram post, we saw that one of these was getting a service (a costly exercise in its own right) while another was “at factory getting a one-of-one conversion.” 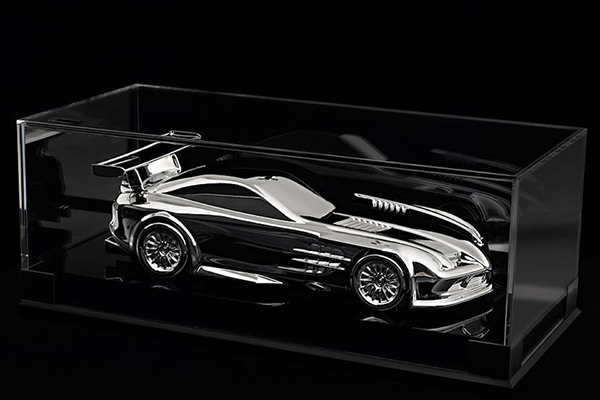 Not content with his Hermes interpretations of the Bugatti Chiron, Pagani Huayra, and McLaren Speedtail, as well as his Koenigsegg Jesko and Ford GT Heritage Edition (among others), the real estate magnate has commissioned another unique build, and although he is being typically secretive about what this car will be like, a recent Instagram post from McLaren heritage manager Thomas Greinhold gives us a possible preview.

What you’re looking at is a scale model of what some reports are claiming will be called the HDK, which stands for High Downforce Kit. A scale model is commonly produced to show buyers what to expect, and also to give commissioners as a memento to display when the real thing isn’t on show in your office (not all moguls turn their garage into a workspace). 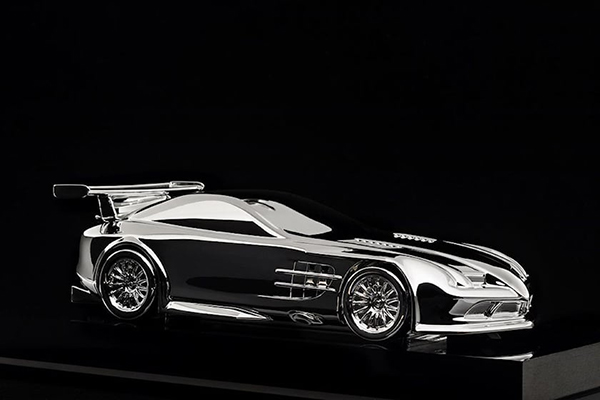 The model shows an aggressively vented hood, a massive rear wing, a large rear diffuser, bulkier side skirts, and a single-exit exhaust pipe on each side. It’s quite clear that this will be a high-performance machine – possibly a street-legal version of the SLR McLaren 722 GT – so expect a bump in output over the 617 horsepower you got on the standard car.

While this is all very interesting, something doesn’t quite add up. Reports have suggested that 15 of these crazy creations will be built, but Khoshbin claims that his “new” SLR will be a one-of-one. What we suspect is that Khoshbin, and all the other possible buyers, will be adding their own unique touches to these cars, thereby making each unique. Another possibility is that the Instagram post above is completely unrelated to Khoshbin’s commission; perhaps another Hermes Edition one-off is being built. Whatever the truth, this modern classic is getting new life in 2022, and we have no complaints about seeing more of Merc’s first true exotic.