Sotheby’s auction house puts up for sale a beautiful 1958 Mercedes 300 SL Roadster owned by the famous F1 driver Juan Manuel Fangio at the auction in Switzerland, which will take place between February 28 and March 4, 2022. 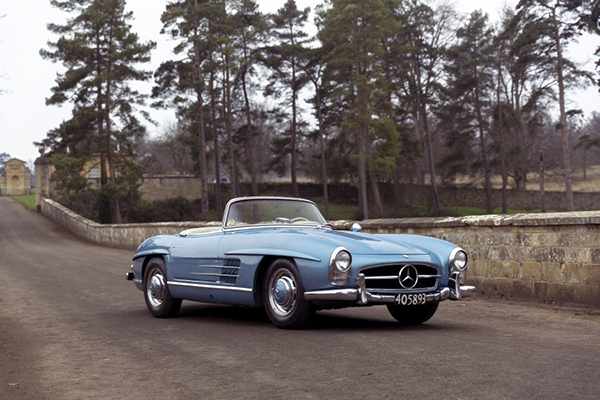 This Mercedes 300 SL Roadster is one of the most famous examples because it was a gift that Mercedes gave to Fangio as a token of appreciation on the occasion of his retirement. Fangio was so popular with Mercedes that he received the car, although after the world titles won with Mercedes in 1954 and 1955, he went to rivals Ferrari and Maserati with which he won new titles in 1956 and 1957 respectively. 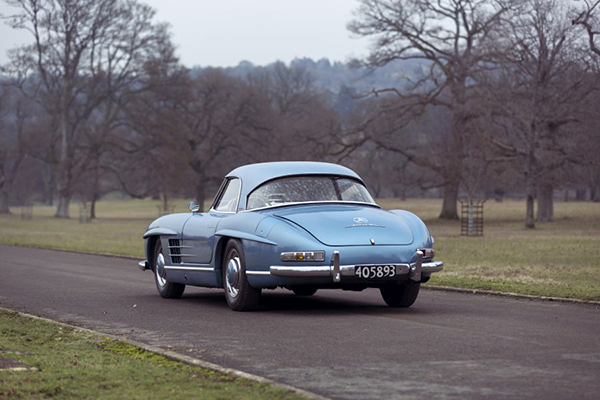 The car was delivered to Fangio in 1957 at the age of 47 at the Dorchester Hotel in London. With 24 victories in 52 Grand Prix, Fangio holds the record for the best percentage of victories related to the number of starts – 46.15% – a percentage unmatched by anyone so far. It was one of Fangio’s favorite cars with which he traveled over 70,000 km on tours in Europe and South America. As soon as he received the car in London, Fangio went with his friend Andrea Berruet on a tour of Europe. 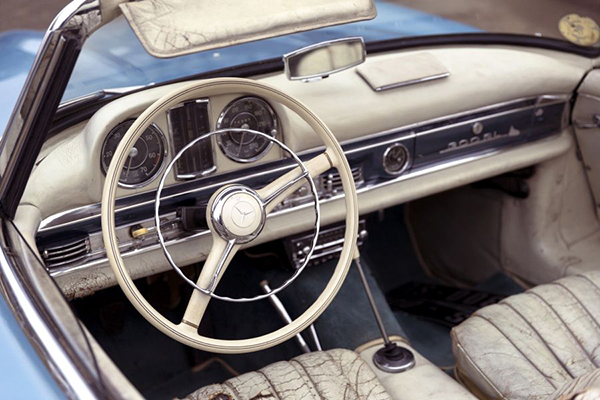 In 1960, the car was exported to Argentina, where it was registered in March 1960. Fangio hired a mechanic, whom he sent to Stuttgart in 1963 to train in car maintenance. Fangio used the car quite a lot for the next two decades and kept it until his death, after which it remained with the family. After Fangio’s death, the car was hardly driven at all and was exhibited at the Juan Manuel Fangio Museum in Balcarce, Argentina, which opened in 1986 and stood for 35 years.

Everything is original from the body and hardtop to the suspension, differential, engine, gearbox. It is painted in metallic light blue color with the cream leather upholstery. Unfortunately, the leather upholstery is in a fairly advanced state of wear and tear, due to the age of the car and the fact that it has been used for many years. Also, the suitcase made of the same material as the upholstery is the same one that Fangio used and that appears in one of the car’s vintage photos. 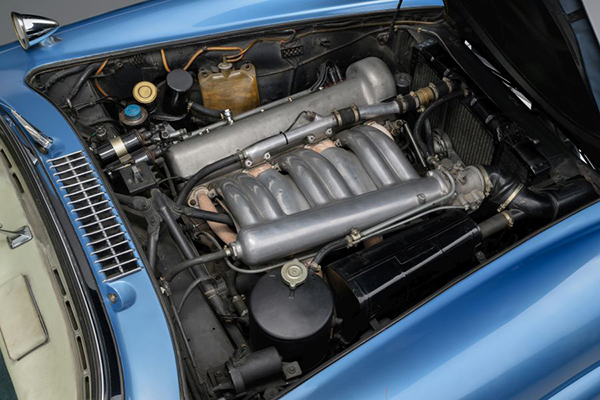 Inside, there are two special details: the gear knob fitted by Fangio and the UPPI sticker reflecting an organization preceding the Grand Prix Drivers ’Association of which Fangio was a founding member Whoever buys the car will be the second owner after Fangio’s family. The price has not been announced but it will certainly be higher than that of a regular 300 SL Roadster.