It may be less than a decade old, but this Mercedes-Benz SLS AMG Roadster comes from simpler times. The Affalterbach brand had yet to be fully integrated into Mercedes, and the company didn’t give a flying hoot about big infotainment screens, and electrified assemblies in full-blown AMGs (ahem, new C 63). 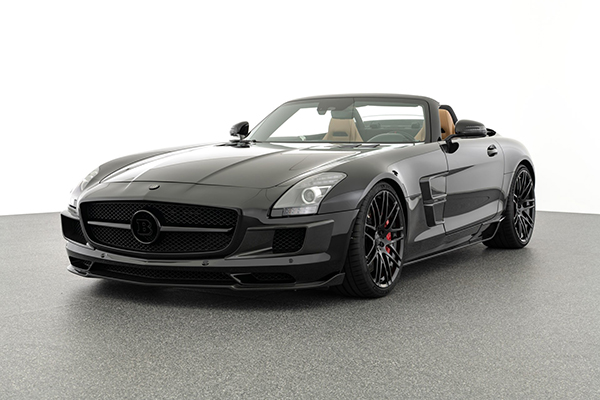 The Coupe’s gullwing doors were considered somewhat flashy in the 2010s, and since there is no fixed roof to attach the hinges to in the Roadster, it features regular doors. For what it’s worth, the rag-top model was a bit slower than its sibling, as the chassis had to be reinforced to cope with the open-top view of the sky above. And if getting tan lines on the move sounds appealing, then it is obviously the one to go for, assuming that the SLS holds a special place in your heart, and you can afford it.

Without any outside intervention, it had 563 horsepower (571 ps / 420 kW) and 479 pound-feet (650 Nm) available via the loud pedal. Everything was transferred to the rear wheels through a dual-clutch seven-speed automatic transmission, and this exotic German car bragged about doing the 0 to 62 mph (0-100 kph) in 3.8 seconds. Flat-out, it could do (and still can) 197 mph (317 kph), and that is still impressive, even in today’s rather different automotive world. 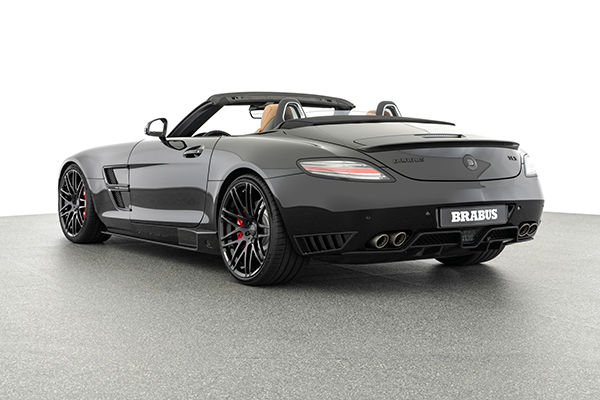 You might be wondering why we haven’t mentioned the power unit, and that is because it deserves its own dedicated paragraph, and then some. You see, while the modern AMGs use a twin-turbo 4.0-liter V8 unit, and the next C 63 will feature an electrified 2.0-liter four-pot, the SLS comes from a different era. As a result, it has a naturally aspirated 6.2-liter V8 under that long hood. 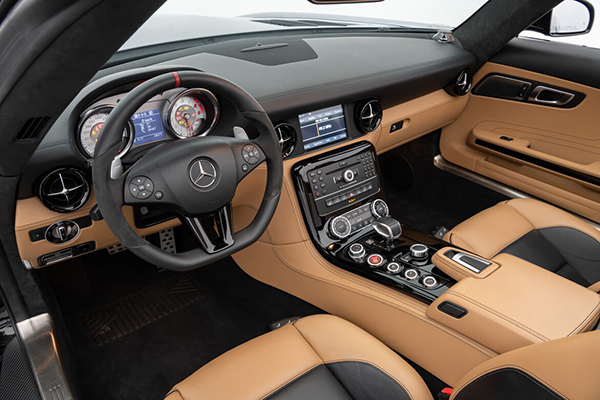 Besides the extra oomph, this SLS AMG Roadster has a few addons signed by the famous tuner, such as the chin spoiler, air inlets in the front bumper, new side skirts, rear diffuser with F1-like brake light, and trunk lid spoiler, all of which were made of carbon fiber. The wheels came from Brabus too, and they measure 9.5×20 inches at the front and 11×21 inches at the rear, shod in 275/30 and 295/25 tires respectively.

The sport springs are part of the makeover, with a “comfortable” setup according to the tuner, which also gave this supercar a set of special entry sills, and aluminum door pins. The rest of the cabin retains the original two-tone leather upholstery, and is sprinkled with a whole bunch of gear, from the AirScarf, memory seats, infotainment system, and automatic climate control, to the Bang & Olufsen audio, and others. The bi-xenon headlights, with cleaning system, are part of the OEM equipment, together with the black finish.

With 11,495 miles (18,500 km) on the odometer, this SLS AMG Roadster was first registered in early 2013, and is now in search of a new home. Brabus themselves are advertising it on their official website, and you can check out the ad here. But how much do you think it costs? Well, for something this cool, which also bears the tuner’s signature, it is not ‘that’ expensive. The listing reveals a buy-it-now price of €290,703.79, which equals to $313,707 at the current exchange rates, including VAT. So, if you were in the market for such a magnificent beast, would you consider buying it?