Iconic
The Mercedes-Benz 300 SL is among the most iconic nameplates in automotive history, let along the history of the German manufacturer. Widely regarded as the world’s first supercar, the 300 SL has maintained a reputation as a collector car since its creation. In the past couple of decades, these amazing machines have soared in popularity. 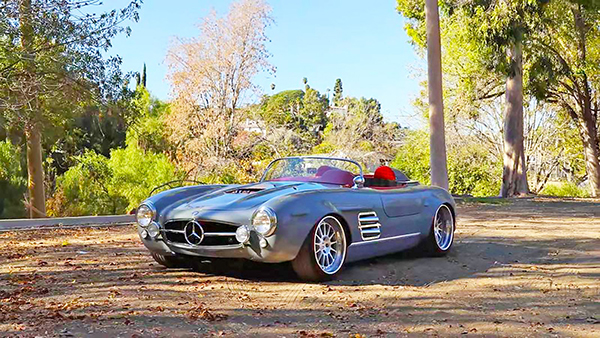 Unique Creation
That rise in popularity, perpetuated in no small part through the expansion of the internet, has also led to unique creations such as the build featured here. The Hoonigan AutoFocus YouTube channel published a video sharing an in-depth look into the build process of the project named 1955 Mercedes-Benz Gullwing Speedster AMG, discussing every detail.

Product of the S-Klub
The use of the ‘Gullwing’ moniker gives us pause, given the fact that the donor for the build was the shell of a Roadster model. Nonetheless, the folks Los Angeles-based S-Klub have given this project an immense level of attention to detail, even outdoing their own efforts from previous builds. 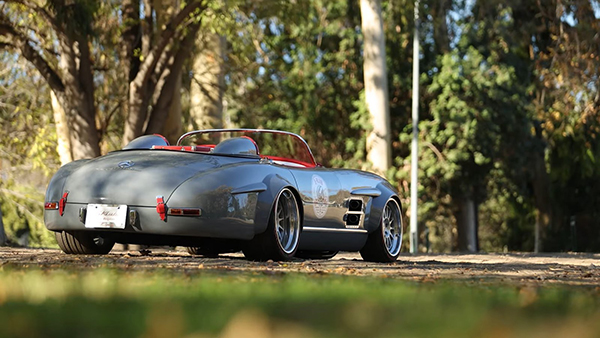 2002 SLK Chassis
The video will give you a thorough runaround of everything that has gone into the 300 SL. The 300 SL Roadster body was dropped over the chassis of a 2002 Mercedes SLK, powered by a supercharged 3.2-liter V6. With a free-flowing exhaust, the motor creates an interesting, old-school type of sound. And as is mentioned in the video, the sound fits the character of the build. 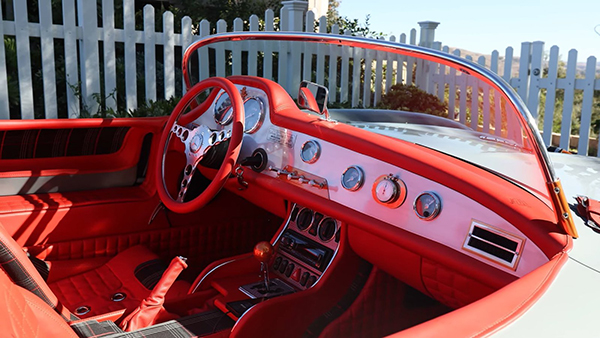 Speedster Inspiration
The ‘Speedster’ part of the name alludes to the car’s connection with the Porsche Speedster. This connection is immediately apparent in the roadster’s open-top layout and signature Speedster windshield. The build features several parts and pieces from the Speedster, as well as the original 300 SL. 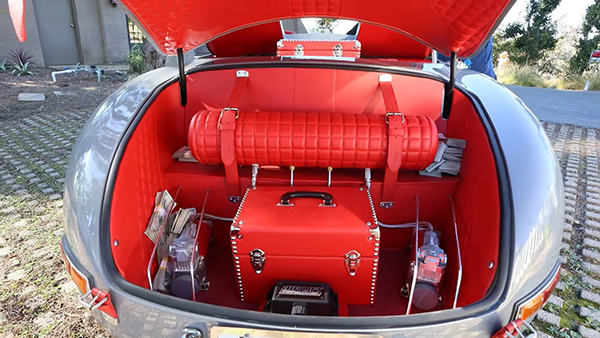 Faceted Build
Aside from the deep, guttural voice, other elements that make this 300 SL stand out are the exaggerated flared fenders, the side-exist exhaust pipes, the golden engine, the flying buttresses serving as headrests, among others. And on a humorous note, the stacks of fake cash in the trunk add a special character to the already attention-grabbing build.