Ever since the unveiling of the new-gen SL last fall, Mercedes-AMG has announced that they will expand the offering with new versions, including a plug-in hybrid. 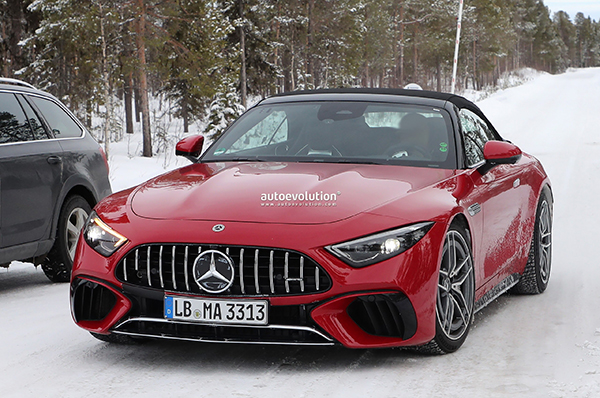 When Mercedes-Benz unveiled the new SL last year, it brought just the “55” and “63” versions to the table. Both are powered by a V8 engine but there are more variants currently under development, including a four-cylinder model with an electric turbocharger and a plug-in hybrid model (see the related links below). The latter was recently spied by our photographers in Sweden testing with literally no camouflage. 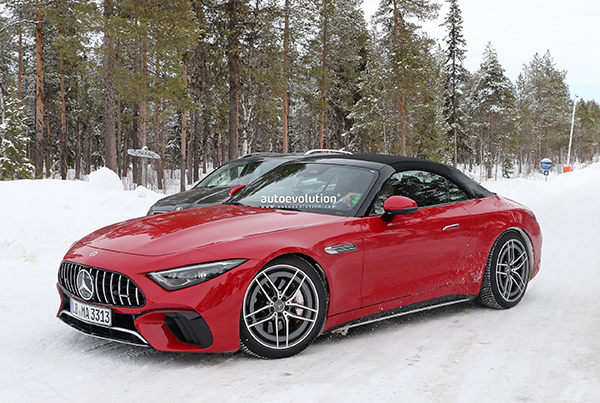 It seems that, at least visually, there won’t be significant differences between the V8 models and the PHEV. The big giveaway here is the charging port located on the rear bumper but other than that, this prototype appears to be pretty much identical with the versions that are already on sale. This is probably not the most appealing wheel design, though keep in mind the test car was riding on winter tires. 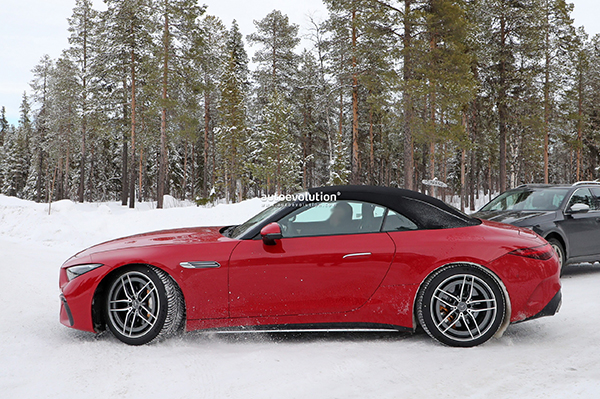 The more important question here is what is going on under the hood. The short version is that there’s an electrified powertrain and we’ve heard reports claiming it is based on the existing 4.0-liter V8. The SL63’s twin-turbo V8 will likely receive electric support pushing the output close to the 800 horsepower (597 kilowatts) mark. For a reference, the SL63 has 577 hp (430 kW), which means the plug-in hybrid could be significantly more powerful. 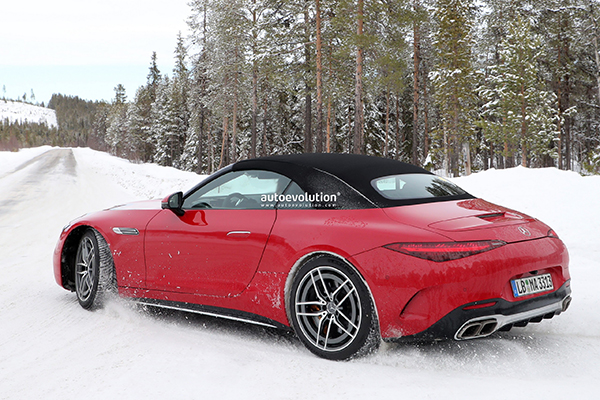 Every derivative of the new SL has been or will be developed under AMG’s supervision, which means all of them have the Panamericana grille with vertical slats. Just like the standard V8-powered models, the PHEV will also feature a quad exhaust arrangement at the back, as you can see from the attached spy photos in the gallery above. 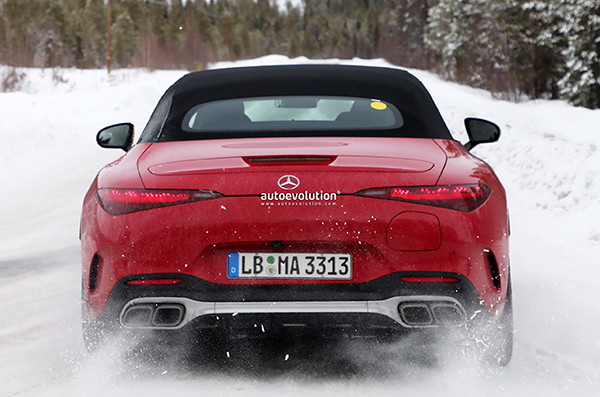 The Mercedes AMG SL E Performance is expected to take the range-topping position in the lineup. On the other side of the spectrum, a new “43” version of the SL will use a 2.0-liter turbocharged engine, shared with the new Mercedes C-Class. In the roadster, however, the four-cylinder unit will be equipped with an electric turbocharger expected to boost the power output to as much as 385 hp (283 kW).