Former AMG boss Tobias Moers, now at Aston Martin, had announced at the 2019 New York show that the future SL will be developed in Affalterbach by AMG. 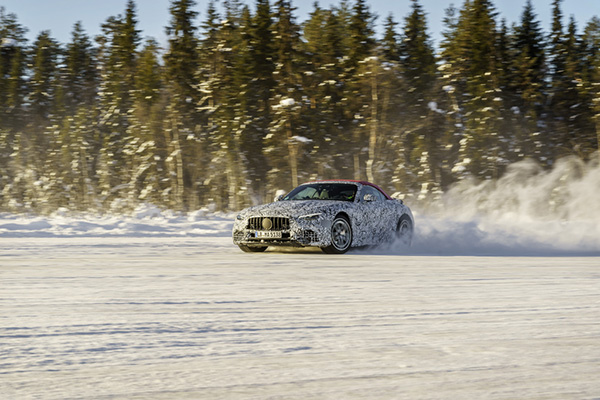 Mercedes now confirms the 2 + 2-seater architecture of the future Mercedes-AMG SL and the fact that it is currently testing the 4matic + all-wheel drive system offered for the first time at SL in the northern regions.

In addition to the all-wheel drive system, Mercedes also tested the new soft top roof in the harsh conditions of the North Polar Circle. The final dynamic tests will take place at the Nurburgring north loop and the new roadster will debut this autumn. 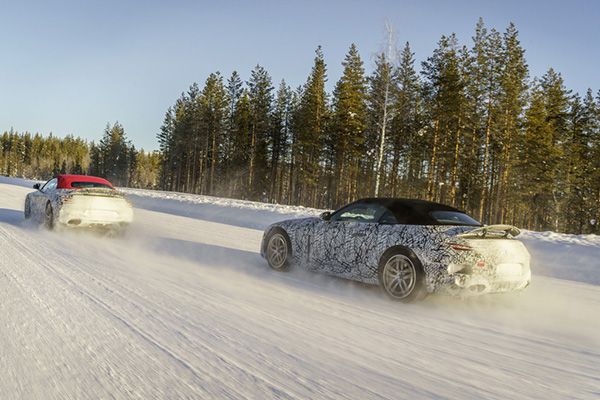 As can be seen in the official Mercedes photos that are still camouflaged in some parts, you can see the Panamericana grille and narrow headlights. Also, from the rear you can see the two pairs of exhaust pipes.

From the side, SL has a classic roadster silhouette with a relatively long front and a short rear, the cabin being pushed far back. 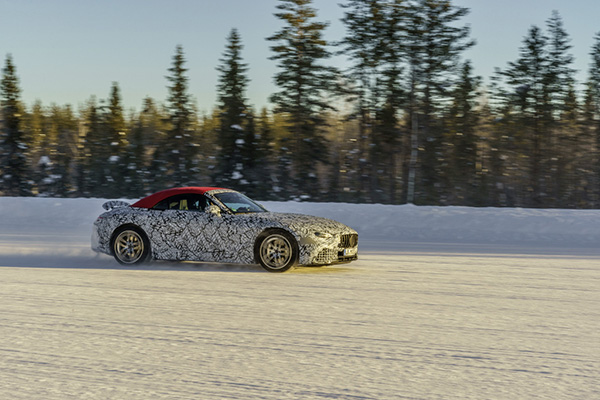 Although they are built on the same MSA platform (Modular Sports Architecture), Mercedes will position the SL differently from the AMG GT: the SL will be a sporty roadster with 2 + 2 seats and a textile roof and the AMG GT a 2-seater performance coupe.

Mercedes does not yet give details about engines but the German magazine auto motor und sport claims that the top model will be Mercedes-AMG SL 73 e.The transaxle system with the engine located in the front and the gearbox installed in the rear allows electrification without problems. The cardan shaft will be made of carbon. 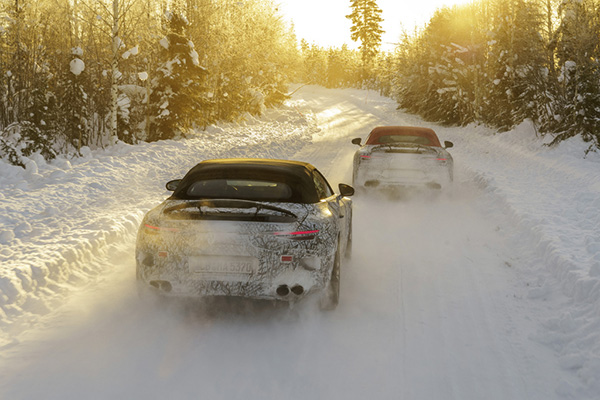 The SL 73 e will be powered by a Plug-In Hybrid system that combines the 4-liter twin-turbo V8 engine and an electric motor for a total of about 800 HP, the power being transmitted to the wheels through a new 9-speed automatic transmission. The production model will be all-wheel drive and probably will have integral steering.

The basic version of the Mercedes-AMG SL 43 will have an in-line 6-cylinder turbo engine that will develop more than the current 367 HP and 500 Nm. We expect about 400 HP. Then will follow the SL 53 version with the same 6-cylinder in-line 3-liter engine with a minimum of 435 HP. Both engines will be mild hybrid with 48V, integrated starter generator and a small electric compressor that has the role of minimizing the turbo lag. 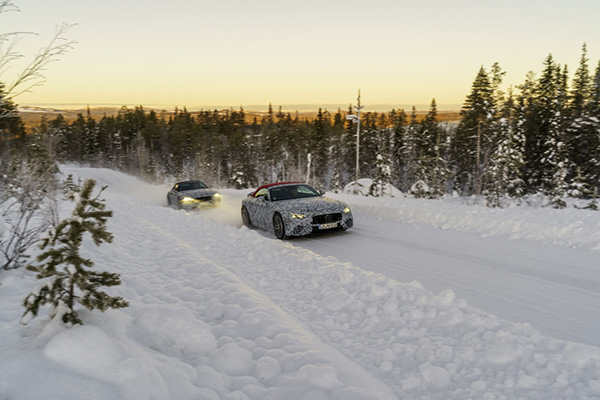 Mercedes has promised that the new SL will return to the traditional values of its illustrious predecessor and will be lighter. Former generation R231 weighing between 1730 and 1845 kg. Auto motor und sport estimates that the basic model of the new generation R323 will weigh less than 1700 kg.