Sometime during the 1990s, right after Lexus ate the German company’s lunch with the more affordable LS luxury sedan, is when Merc started cutting a few costs here and a few costs there, muddying its hard-earned renown. As far as the S-Class flagship sedan is concerned, the W140 is widely considered “the final proper S-Class” by the marque’s biggest fans. 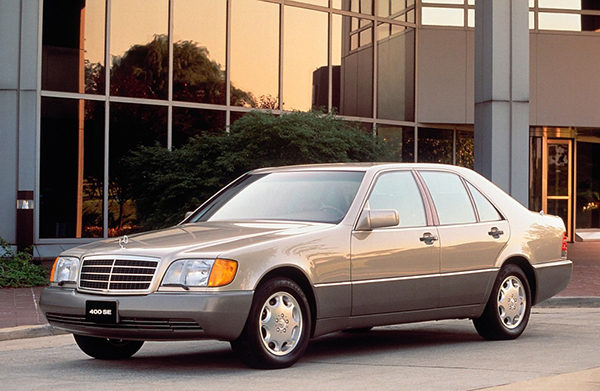 Introduced at the Geneva Motor Show in March 1991, the third-generation Sonderklasse was penned by French designer Olivier Boulay and Italian designer Bruno Sacco with influences from the XJ40-generation Jaguar XJ and E32-generation BMW 7 Series. These competitors forced Mercedes to delay the W140 by roughly 18 months to redesign the engine compartment and to develop a V12 engine to properly compete with the XJ40 and E32.

The delay and cost overruns resulted in the departure of Mercedes-Benz chief engineer Wolfgang Peter, which is understandable because the shift from an engineering-centric touch to market-centric hogwash is unfavorable in this context. Mercedes-Benz was also exploring a W18 and a V16, further explaining Peter’s frustration with the W140 project. Only the V16 soldiered on past the blueprint stage, and only a handful of prototypes were fitted with that gargantuan engine that never went into series production.

The final development prototypes were completed in June 1990, and just around that moment, Merc understood why Peter was appalled by the delay and cost overruns. The W140 had a considerably higher starting price compared to the preceding W126. This gave Toyota’s Lexus division a considerable advantage with the LS, although the Germans did sell quite a few of them because the three-pointed star badge is opulence personified. 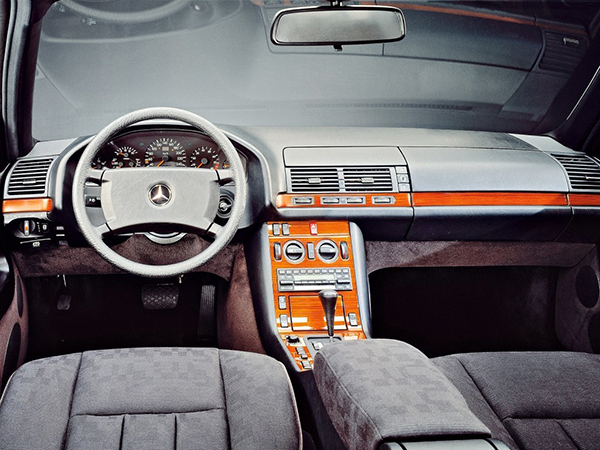 Produced until 2001, the M120 E60 engine was originally rated at a Corvette-shaming 402 horsepower (not just any Corvette, but the C4 ZR-1) and a Lamborghini Diablo-matching 428 pound-feet (580 Nm) of torque. The M120 also gave us the M297 that Mercedes-Benz used in the CLK GTR. The free-breathing motor was also utilized by the Pagani Zonda. 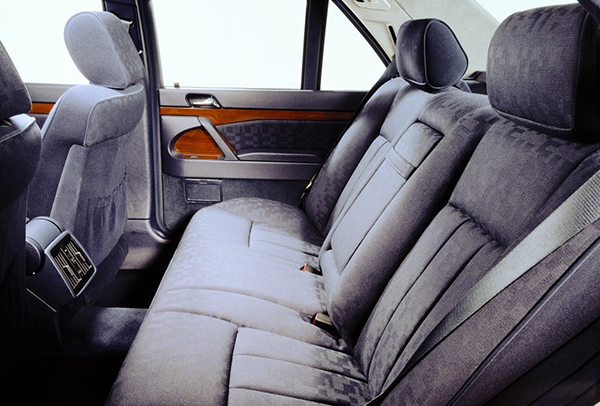 In addition to being an over-engineered luxobarge with colossal straight-line performance, the W140 played the eco card like no Mercedes before it. The air-con system’s refrigerant, for example, came in the guise of freon-free CFC-free R134a instead of R12. Plastic components were clearly identifiable for the ulterior purpose of recycling, and those plastic bits and bobs were also manufactured using a great deal of regranulated plastic.

On the safety front, Bosch-supplied ESP was introduced in 1995 on the S 600 Coupe. As you’re well aware, the so-called electronic stability program uses computers and sensors to prevent the vehicle from losing control when turning into or out of a corner, under braking, and in evasive maneuvers. 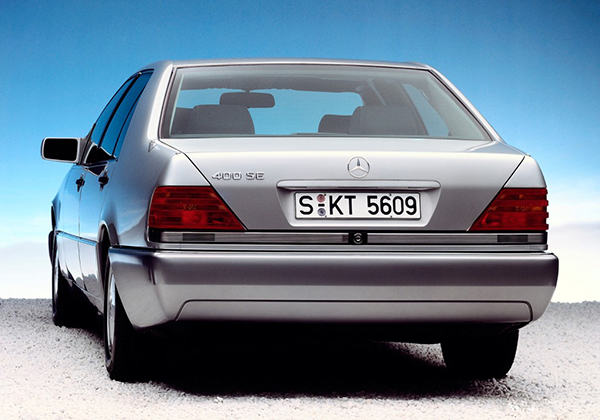 The W140 also boasts incredible comfort made possible by double-pane soundproof windows, “parameter steering” speed-sensitive steering, guide rods that extend from the rear corners of the trunk lid to provide the driver with a guideline for rear parking maneuvers, heated wiper fluid, rain-sensing wipers, an auto-dimming driver’s side mirror, soft-closing doors, and many other whatnots. This generation of the Sonderklasse also happens to be the first production vehicle to feature a CAN-based multiplex wiring system, a message-based protocol designed to allow the control units and other devices to communicate with each other without a host computer.

On that note, the very first examples of the W140 – those registered in 1991 – are now eligible for old-timer status in Germany because they’re 30 years old in 2021. In addition to carrying the much-coveted license plate that ends with an H for historical vehicles, the old-timer label further translates to reduced taxation and the ability to drive in low-emission zones.