W223, Sonderklasse, S-Klasse, S-Class. No matter what you call it, the flagship sedan of the Mercedes-Brand is instantly recognizable for any car aficionado. And it’s easy to spot it across time, even though its current designation has only been in use since back in 1993. But its trail of innovations can be traced back in time through every iteration, from the modern 220/221/222/223 series right down to the Pontons and Fintails of lore. 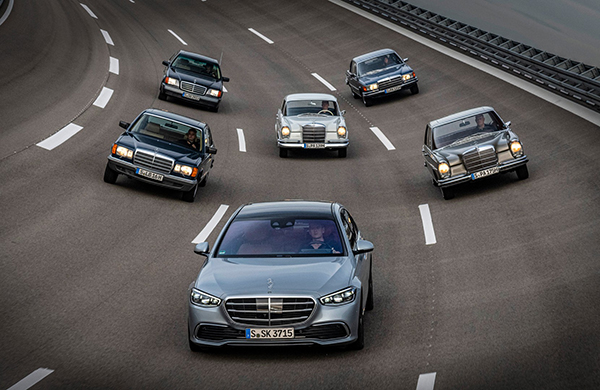 It’s quite easy to catch the moment when Mercedes-Benz officially introduced the line as its designated flagship (W116, 1972) because that’s also the juncture point for the automaker changing its headlight design from a vertical to a horizontal arrangement.

It was a design theme that originated just a year before, with the introduction of the R107 SL-Class, which has in time turned into the second-longest running single series produced by the automaker, behind the ubiquitous G-Class.

But we’re not here to discuss that (exquisite) model, but the fact that Mercedes chose the specific headlamp design on its models (a feature that became a design theme even into the 21st century) with ridges so it would keep dirt from accumulating on them…

That’s specifically the line of thought that over the years morphed into a recurring motif – the S-Class has always been the epitome of innovations for Mercedes-Benz, the one model to introduce major developments that would later trickle down to the lesser models in the lineup.

And, befitting of the image, the 2021 S-Class comes with its own (long) list of innovations. Even more so, Mercedes-Benz says its new flagship is actually something to be “experienced with all the senses – seeing, feeling, hearing and smelling – while offering numerous innovations in the areas of driver assistance, protection and interaction.” And, no worries, because ever so German, the automaker has made a checklist with all the important elements.

The numerical ones include the 3D driver display (complete with stereo camera system tracking the eyes of the driver!) and the 4D sound system from Burmester, which not only has 31 speakers, but also packs eight exciters integrated into backrests. 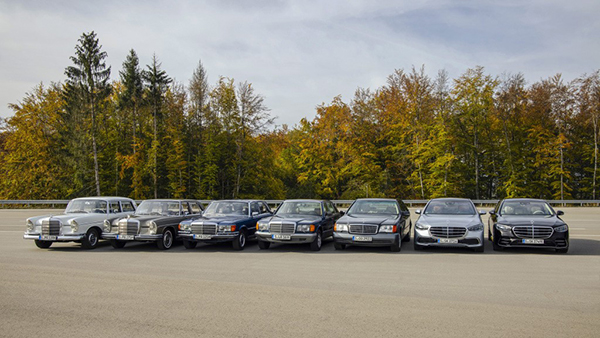 Then, in alphabetical order, we’re off with the fiber optics-toting active ambient lighting system (250 LEDs, actuation frequency of up to 25 Hz), and the augmented reality head-up display (AR-HUD) – which is capable of projecting virtual images in front of the car at up to ten meters. Mercedes even invented new words for its S-Class – calling the new “drivertainment” function as a way to bring both sound and information close to the ears of the drivers.

The car’s air suspension system now features “semi-supporting hydropneumatics” for an even better “E-Active Body Control,” while the Energizing seat kinetics is another creature comfort tied to the seats, just like the rear airbags which aim at setting “new standards for rear seat occupant safety.”

There’s also rear-axle steering for increased maneuverability (up to 10 degrees, reduces the turning circle by two meters), independent sound personalization, the MBUX Interior Assist, and even a central airbag that should mitigate the force of a side collision and the risk of added injury from the driver and front passenger hitting each other due to the force of impact. 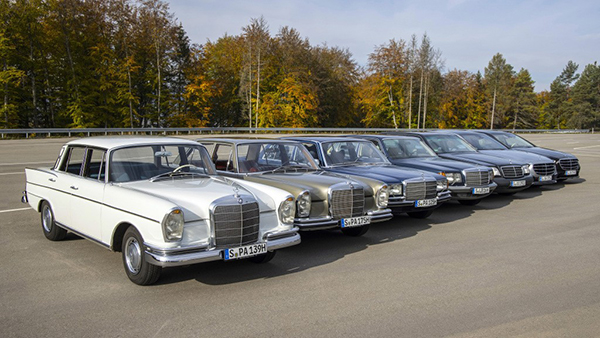 That bodes well with the new Pre-Safe Impulse Side function, which raises the body of the S-Class by up to 80 mm using the E-Active Body Control in the event of a potential side impact – so the tough side sill can absorb more of the energy of the impact, thus lowering the load on the doors.

Early adopters will also love the use of the latest OLED technology – Organic Light Emitting Diodes have deeper black levels and up to 30% lower energy consumption than a conventional LCD. While it’s not exactly new, the voice assistant “Hey Mercedes” is being continuously improved by the company.

As such, its NLU (Natural Language Understanding) core is capable of processing commands given in no less than 27 languages. While the S-Class is a limousine first and foremost, the comfort of the front passenger hasn’t been neglected, and the seat features up to 19 motors for adjustment, massage, ventilation, and lumbar support functions. 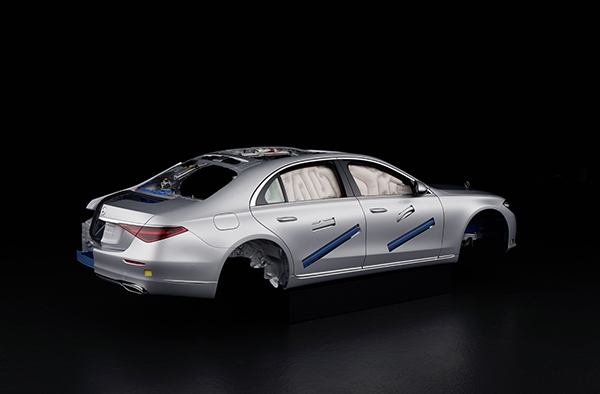 There are also no less than ten massage programs available in the car, because just one is never enough… while the temperature and air distribution controlled by the four-zone Thermotronic Rear system has no less than 20 step motors. And, because everyone loves a big-screen TV, the augmented reality head-up display area would be the equivalent of a 77-inch monitor.

One last big figure (actually, we’re giving you three, on a crescendo scale) and we should be good for this S-Class generation. The Digital Light system has a resolution of 2.6 million pixels, the seats are being micro-perforated with a tool that uses 16,000 needles, and the computing power of the second-generation MBUX infotainment system has gone up by 50%, while the memory bandwidth is exactly 41,790 MB/s!