Mercedes-Benz wants to make ordering easier for customers starting with its all-new S-Class flagship sedan. Up until now, Mercedes buyers were presented with far too many configurations to choose from as part of an overall effort to have something for everybody. Mercedes’ good intentions resulted in its US model lineup having more than 100 versions, including engine options, body styles, and a seemingly endless number of premium features. Trying to fill every market niche simply no longer works.

That’s why the 2021 Mercedes S-Class, which is priced from about $110,000, will have 86 percent fewer configurations on hand, Automotive News has confirmed. Several individual options are now being grouped together in just three trim lines, Luxury Line, AMG Line, and Executive Line. The outgoing model had nine packages.

“It simplifies the ordering of vehicles for the dealer and customer, and should help our supply chain,” said Mercedes USA sales boss Adam Chamberlain. This plan will carry over to Europe as well. In theory, having so many trims to select from sounds nice but in reality, this led to many issues. 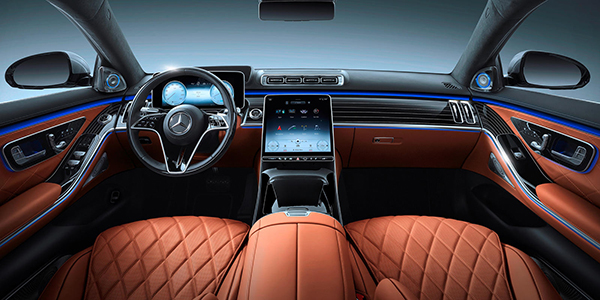 Buyers were sometimes overwhelmed and found it hard to make ordering decisions. In many instances, this led to them defecting to a rival brand, such as BMW or Audi. Dealers had their own troubles due to pricey inventory management with high floorplan costs, and expensive trades with other dealers as sales teams searched far and wide to find customers their ideal S-Class instead of having to place a factory order. With fewer trims, dealers are far more likely to have the right vehicle with the exact batch of features customers want in stock and ready to sell.

Along with trim simplification, Mercedes will drop additional S-Class body styles, specifically the coupe and convertible. The C- and E-Class are also expected to become sedan-only models. However, some Mercedes dealers are not thrilled with these changes because, for them, complexity was profitable. It’s the exact opposite situation afflicting other dealers.

“When you have a unique car that your sales manager took the time to configure and build, it’s hard for a consumer to shop that car,” said one Mercedes dealer manager. Despite the difference of opinion, Mercedes corporate has made its final decision and simplification is now being implemented across the entire model lineup, starting with its new flagship.