A new Mercedes-Benz S-Class is always a big deal, so we’re patiently waiting for the wraps to finally come off the W223. We now have some preliminary details to sink our teeth into courtesy of a report published by German magazine Mercedes-Fans after having a chat with Head of Development Jürgen Weissinger. He admitted development hurdles corroborated with the coronavirus outbreak have pushed back the world premiere several times, but the revamped S-Class will finally be ready for an official debut early September at home in Sindelfingen. 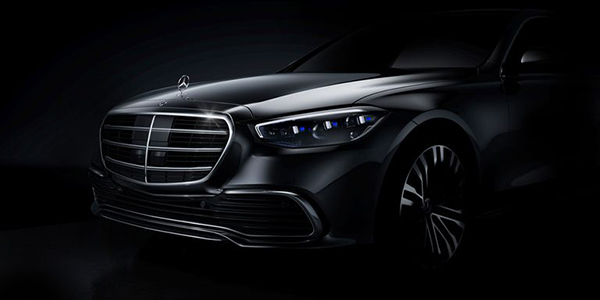 Development on the next-generation S started back in 2015 when work commenced on a new platform that will eventually trickle down to lesser members of the lineup. You can imagine creating new underpinnings for a flagship car is extremely expensive, but Mercedes will spread out the costs as a “large number of future models” will share the hardware, varying from the shell and safety systems to the seats and climate controls.

We also get to learn from Weissinger the new S-Class has been developed to offer both rear- and all-wheel-drive configurations, along with the usual AMG and Maybach derivatives. Not only will the V12 live to see another generation, but it will also be paired with 4Matic for the first time. While the head honchos initially considered dropping the powerhouse, the engine with a dozen of cylinders is sticking around. However, with the AMG S65 not coming back, it means the V12 will only exist in the Maybach and possibly the armored Guard versions that are due by mid-2021.

Although the bread and butter of sales will come from mild-hybrid six- and eight-cylinder engines, the next S-Class will once again be offered with smaller four-pot powertrains in some markets, but not in Europe or North America. The smaller engines are going to be available primarily in markets with high taxes for bigger engines, as evidenced by China’s 1.5-liter CLS 260 we recently talked about.

Despite rumors claiming the demise of the standard-wheelbase model, the new S will once again be offered with a choice between three wheelbases: standard, long, and the extra-long Maybach. We won’t be too surprised if there’s going to be a new Pullman, but that remains to be seen. Weissinger also revealed the engineers have implemented rear-wheel steering to reduce the car’s turning circle, which is good to hear considering the wheelbase has been stretched by a further four centimeters (1.57 inches) compared to the outgoing model.

At launch, Daimler’s flagship model will offer a level 3 semi-autonomous driving system, with a level 4 setup programmed to arrive later in the model’s life cycle. Aside from the already confirmed electric EQS, there will be several plug-in hybrid versions with electric ranges as high as 62 miles (100 kilometers). Another tidbit shared by Weissinger is the slightly smaller footprint of the EQS, although it should be just as spacious on the inside once you get rid of the oily bits associated with an ICE-powered car.

Following its September premiere, the 2021 Mercedes S-Class will enter production at the new Factory 56 facility in Sindelfingen, which Mercedes claims will be the most modern car plant in the world. It’s the place where additional “upper and luxury class” models will be assembled later this decade.