“The measure of what matters” is the tagline served by Mercedes-Benz USA on the build page for the Sonderklasse. Unfortunately for the Stuttgart-based automaker, a certain supplier didn’t abide by that rule. 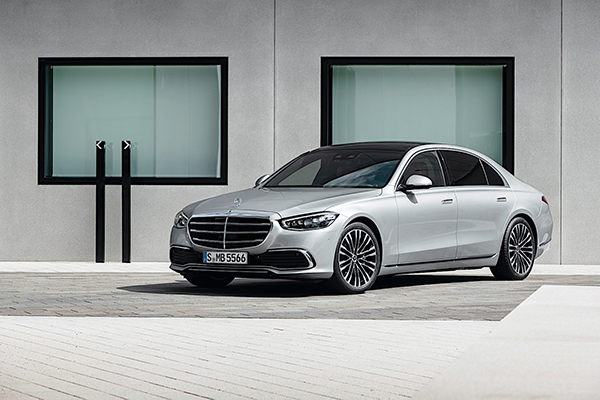 In the spring of 2022, the Three-Pointed Star discovered an irregularity in the standard quality check performed by the supplier of the dashboard, Germany-based Draxlmaier Group. Insufficient bonding of the dashboard surface to the dashboard carrier was the German automaker’s concern.

Following a detailed analysis performed together with the supplier, the root cause for this problem was blamed on a sub-supplier that Mercedes didn’t publicly name. The mystery sub-supplier promptly updated its bonding process to ensure that similar errors could no longer occur in the future. A factory campaign to rework all vehicles was initiated as well.

In the fall of 2022, as in half a year after Mercedes became aware of the problem, the German automaker conducted further analyses to identify the potential consequences and potentially affected vehicles released by the Sindelfingen factory without being reworked. Fast forward to December 2022, and MBAG finally determined that one such vehicle was delivered to a U.S. customer. Mercedes-Benz AG further determined that a safety risk cannot be ruled out due to the nature of this apparently small issue.

If the dashboard surface doesn’t meet production specifications, the performance of the front passenger airbag may be affected in the event of a crash. More specifically, segments of the airbag flap are prone to detach from the dashboard into the cabin, increasing the risk of injury to the occupant(s). Mercedes further notes that a certain batch of adhesive led to this recall, a certain batch that doesn’t meet adhesive force requirements.

The vehicle in question is a 2022 model year Mercedes-Benz S 500 produced at Sindelfingen, a.k.a. Factory 56 since September 2020, following the production start of the seventh-generation Sonderklasse. The build date is listed as March 7th, 2022 in the recall report attached below.

U.S. dealers will be notified on December 23rd, whereas the owner will be informed before February 14th. Draxlmaier changed the production procedure so that this issue can no longer occur from March 25th, 2022.

Internally referred to as W223, this generation of the S-Class is the smartest, safest, most efficient, and most luxurious yet. A four-door sedan of superlatives, the S-Class can be configured with anything from 6 to 12 cylinders. The turbocharged inline-six S 500 is a 48-volt mild hybrid that flaunts an electric auxiliary compressor. It costs $111,100 sans freight.

Configured as standard with 4MATIC all-wheel drive in the United States of America, the S 500 needs 4.9 seconds to reach 60 miles per hour (97 kilometers per hour) thanks to 429 horsepower generated at 6,100 revolutions per minute and 384 pound-feet (520 Nm) of torque from 1,800 all the way to 5,800 revolutions per minute. Connected to a nine-speed automatic tranny, the 3.0-liter mill promises up to 23 miles per gallon (make that 10.2 liters per 100 kilometers) on the combined test cycle.