Ever since the first generation of the Sonderklasse, the luxury sedan has been up there at the top of the full-size luxury segment thanks to superlative comfort and trailblazing innovations. As it turns out, Mercedes-Benz also has a way of making non-AMG models go like stink, including the unassuming S 500 4Matic.

The Stuttgart-based automaker quotes 5.1 seconds to 100 kilometers per hour (62 miles per hour), which is faster than a front-wheel-drive hot hatchback and almost as fast as the Ford Focus RS. During independent testing by YouTube channel AutoTopNL in rather damp conditions, the S 500 with 4Matic all-wheel drive needed 5.08 seconds to hit that velocity. 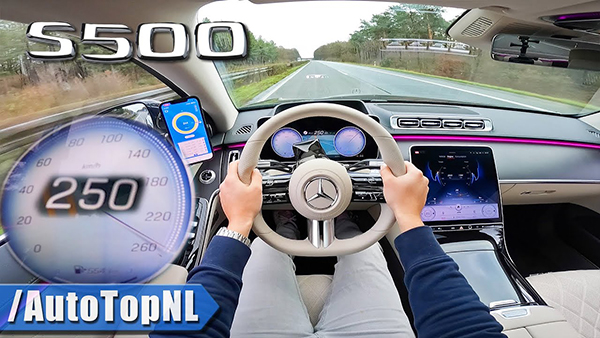 The S-Class in this specification also happens to be quiet on full song, allowing only a little wind noise to enter the cabin. The S 500 4Matic is electronically limited to 250 kph or 155 mph, which is more than enough for blasting down the Autobahn without the fear of a blowout. 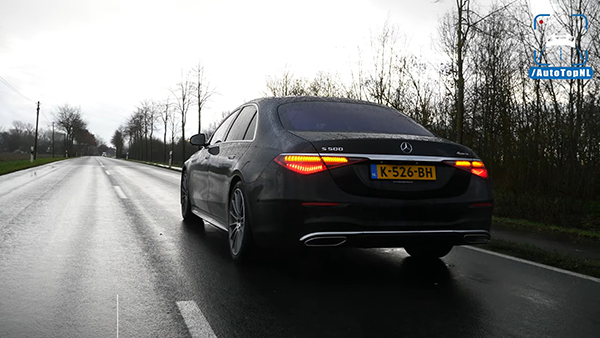 Available from $109,800 in the United States of America, the W223 is offered with seven engine options for the 2021 model year, including a plug-in hybrid powertrain. ‘500’ now means six cylinders arranged in a line and 48-volt electrical assistance under the EQ Boost moniker, translating to 428 horsepower and 384 pound-feet (580 Nm) of torque. The integrated starter/generator unit provides up to 21 horsepower and 184 pound-feet (250 Nm) of torque in short bursts to improve fuel efficiency or acceleration.

The seventh generation of the S-Class has no AMG versions at the time of writing, but fret not. Just like the “73 e” version of the GT 4-Door Coupe, the W223 will be treated to a plug-in hybrid performance powertrain with 800-odd horsepower.