We can’t help but feel Mercedes has dropped the ball a little with the new S-Class. Because the company has focused so hard on the technology on board (which we have to admit is hugely impressive) there are essential elements of luxury that just don’t feel as good as before – build and ride quality, for starters. The S-Class used to be head and shoulders above its luxury car rivals, but that’s not something you can say any more. 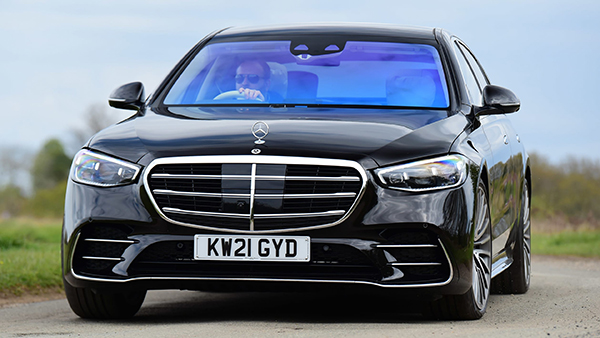 For generations the S-Class has not only been the flagship of the Mercedes range, it has also been at the pinnacle of luxury motoring. No other brands’ offerings have come close to the blend of quality, refinement, comfort and technology – not even models costing considerably more.

This latest version promises to show all Mercedes knows about cars in one premium package. And for tech, it’s a tour de force. 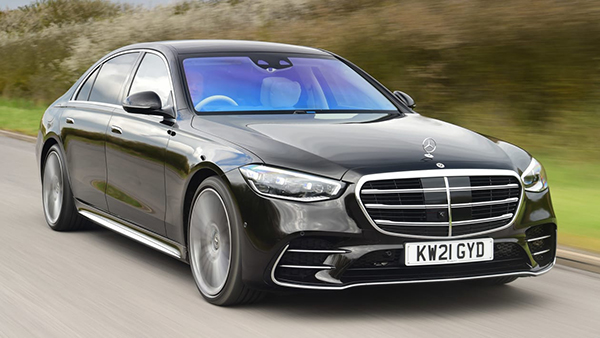 Step inside and the soft leather is bathed in soft lighting that can be adjusted to your liking; be warned, though – go crazy and it can be a bit like a tacky nightclub.

There’s a new 12.8-inch touchscreen with fingerprint recognition. The 12.3-inch driver display is available with 3D tech and it’ll watch you, too, so you only have to look at the door mirror you want to adjust. The car will also recommend a driving position. 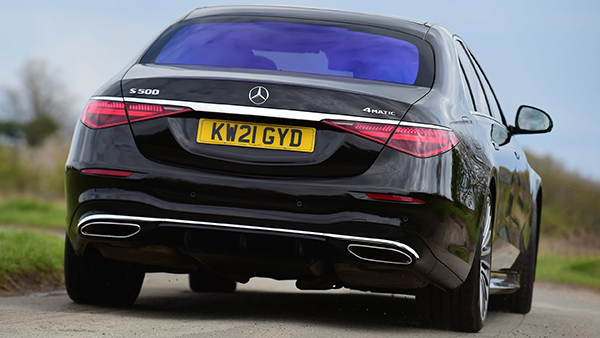 The latest MBUX infotainment features augmented reality for the nav. Cameras will display a real-time image and overlay arrows on the screen, and this is replicated in the crisp, wide head-up display.

Outside, in spite of this being the long-wheelbase model at 5,320mm, the new, slippery shape hides its bulk well. This S 500 range-topper features a 3.0-litre in-line six-cylinder engine producing 429bhp and 520Nm of torque, plus an integrated starter-generator powered by the 48V electrical set-up to give it a mild-hybrid boost. If you or your driver needs to get away quickly, 0-62mph takes 4.9 seconds. 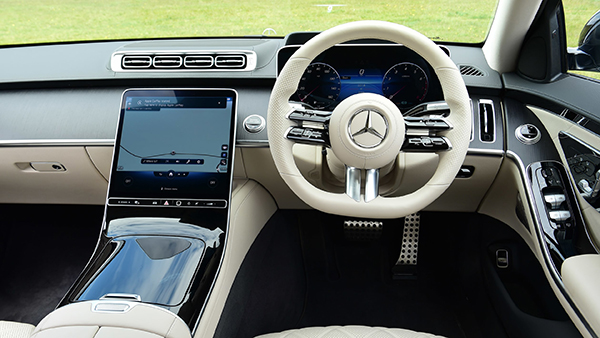 So when it comes to tech, this S-Class talks the talk. But can it walk the walk? The S-Class has always been the testbed for features that roll down through Merc’s range, and the new infotainment screen is lovely, especially in its over-sized Apple CarPlay configuration. There’s even a tablet for back-seat passengers and they can control some of the tech, including the fancy lighting bar that wraps around the interior.

Rear passengers have never had it so good for room and features, in fact. They can fold the passenger seat forward and recline in one of the comfiest seats we’ve sat in. It feels first class and a feast for gadget fans. 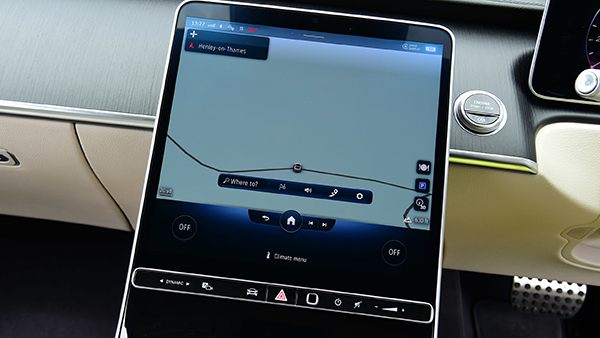 But we’d question the value of some of the tech. For example, if 3D TV never took off, we can’t see 3D instruments bucking the trend – 2D screens are clearer. And while the augmented-reality nav is fun, sometimes its instructions were behind our position on the road.

The semi-autonomous driving features work brilliantly on the motorway, and generally the S 500 is electric-car quiet, with only a gentle hum from the engine when you really hit the throttle. It’s far better when driven gently, which it probably will be for most of the time. 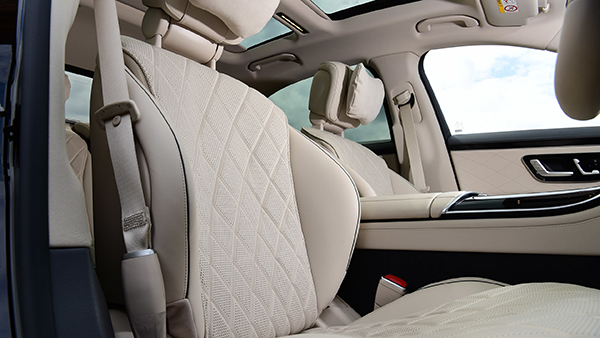 However, in plenty of areas we can’t help but feel that Mercedes has concentrated too much on the tech and forgotten about the luxury.

Take the ride as an example. The air suspension makes the car feel floaty at times, as you’d expect and as you’d be used to from a previous-generation S-Class, but a surprisingly firm edge transmits bumps from potholes and ridges straight into the cabin with a shiver. We suspect the 21-inch wheels are to blame, so other S-Class models on smaller wheels may well be better. 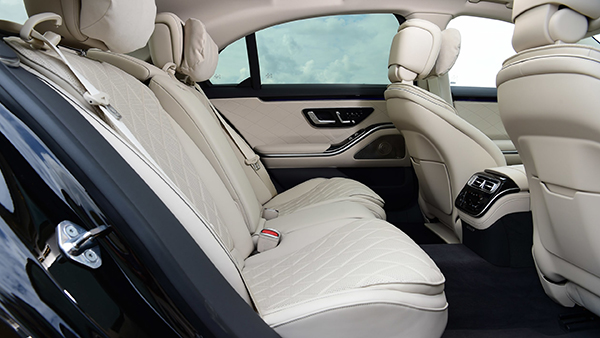 Some of the delicate touch-sensitive controls on the steering wheel or elsewhere need two or three attempts to get them to do what you want, too, while the fancy-looking vents on the dash top reflect horribly in the windscreen.

Then there’s the quality. You don’t expect to put your hand down to the bottom of the seat and touch plastics that feel more at home in an MG than a Mercedes. We’re not surprised the seat controls live on the door, although if you press the heated or cooling buttons for the seats, the panel moves too. 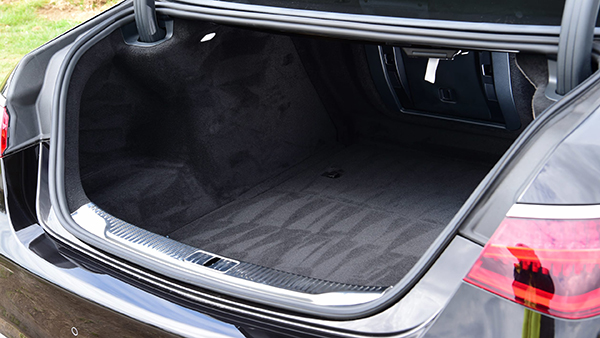 Nor do you expect the centre console that sweeps down from the touchscreen to have an edge that feels like it needs a bit of sandpaper taken to it. We’ve seen a much better exterior paint finish on a Lexus, too.

For £113,185 you get more bells and whistles than we’ve yet seen on a car and, in spite of the many disappointments, the new S-Class is still a very capable luxury limo. But while it’s moved the game on in terms of tech, if anything it’s taken a step backwards for luxury, which means it’s no longer the de facto choice in this class.