It was only yesterday when we got lucky and stumbled upon official images of the Mercedes-Maybach S680 and now we’ve managed to find the juicy technical specifications of the V12 S-Class. The crown jewel of Daimler’s range has been embedded into the Russian configurator where the stretched luxury sedan is listed with a twin-turbo 6.0-liter engine and a nine-speed automatic transmission. 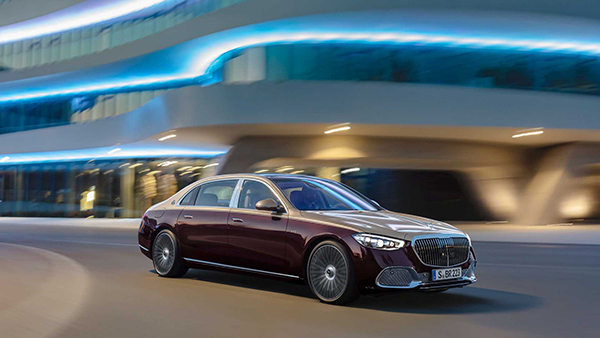 The massive engine develops 604 horsepower (450 kilowatts) and helps the Maybach S680 reach 62 mph (100 km/h) from a standstill in just four and a half seconds. The maximum velocity is electronically capped at 155 mph (250 km/h), not that too many wealthy people will need to be chauffeured at that kind of speed.

As previously reported, the V12 S-Class is switching to an all-wheel-drive system instead of sending all that power to the rear wheels as it did on the old S650 and the AMG S65. At the same time, it looks like the Chinese-market “S680” badge is going global considering the Russian-spec configurator uses the suffix introduced in 2017 with the facelifted Maybach in the People’s Republic. It’s unclear whether “S650” will still be used in some markets.

The Russian configurator also reveals the car’s weight with the biggest engine offered by Mercedes. The range-topping Maybach S-Class tips the scales at 2,350 kilograms (5,180 pounds), which makes the acceleration figure even more impressive. The 604-hp output is down by 17 hp compared to the previous-generation S650 sold in the United States. While torque isn’t mentioned, we’re hearing it’s the same 738 pound-feet (1,000 Newton-meters) as before.

The V12 version won’t remain the most powerful S-Class of this generation for a long time as Mercedes-AMG is preparing two performance versions of its luxobarge. Both are said to be plug-in hybrids, an S63e with around 700 hp coming later this year and a beefier S73e with roughly 800 hp arriving at a later date.

Meanwhile, the S680 will be one of the most expensive vehicles in the world, outside of supercars and hypercars. You’d better sit down for this one as the Russian configurator lists the V12 S-Class at the equivalent of $374,000 (€310,000).