You might have heard about Burt Reynolds from various movies, such as the 1977 “Smokey and the Bandit,” the 1981 “Cannonball Run,” or, more recently, “The Dukes of Hazard” from 2005. His career was always related to two subjects: beautiful women and fast cars. Moreover, he even co-owned a NASCAR Winston Cup Series team named Mach 1 Racing. But before getting into fast cars, he had this beautiful 1967 Mercedes-Benz 250 SE. His name appears on the vehicle’s papers as its first owner. 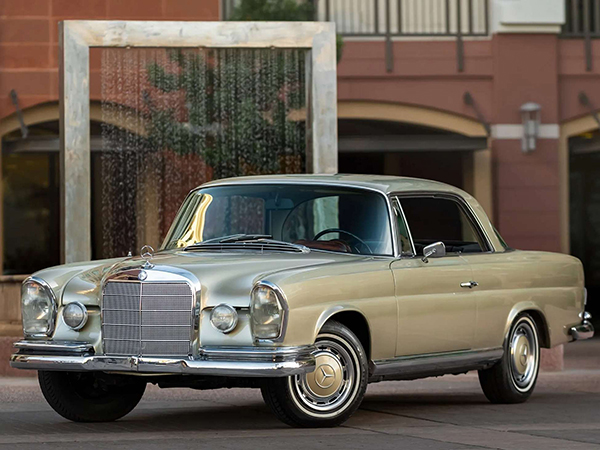 This coupe was part of the W111 model and derived from the 220SEb sedan. Since it was planned by the carmaker as a luxury, four-seat vehicle, it featured the same wheelbase as its luxury four-door sibling. You might call it the S-Class coupe of its times or a predecessor to the CL lineup. It is also a European-spec version, and you might notice that due to its tall headlights. The U.S.-model featured a set of two round headlamps on each side.

The W111 coupe was launched by the German automaker in February 1961 and was produced under different versions until 1971. It was available with various engines and transmissions. This car, which belonged to Burt Reynolds, was fitted with a 2.5-liter, inline-six engine. Unlike most cars from its era, it featured a Bosch mechanical fuel-injection system that helped it get a respectable 150 PS (148 hp) and 220 Nm (162 lb-ft) of torque, which were sent to the rear wheels via a four-on-the-floor manual transmission.

Inside this vehicle, the automaker installed a pair of bucket seats at the front and a bench for two in the rear. And those were not tiny at all! The thick leather upholstery looked excellent, and so did the natural hardwood trim on the dash. Worth noting that, unlike many cars from those days, this 250 SE Coupe featured a factory-installed air-conditioning unit. In addition, a Becker Europa radio was also present. But the four side windows were cranked-type.

Thanks to its disc brakes in all corners, the 250 SE was also good on stopping distances. At the front, the car featured a double-wishbone independent suspension, while at the back, the automaker installed a single-joint swing-axle with a hydropneumatic compensating spring and level control. Thus, it offered a comfortable ride for the car’s occupants. The version that you see here is coming from the last manufacturing year of the 250 SE, 1967. Starting with 1968, this engine version was axed and has been replaced by the larger 280 SE with a 2.8-liter inline-six. Surprisingly, that version offered just ten horsepower more, so in terms of performance, it was pretty similar to this 250 SE. 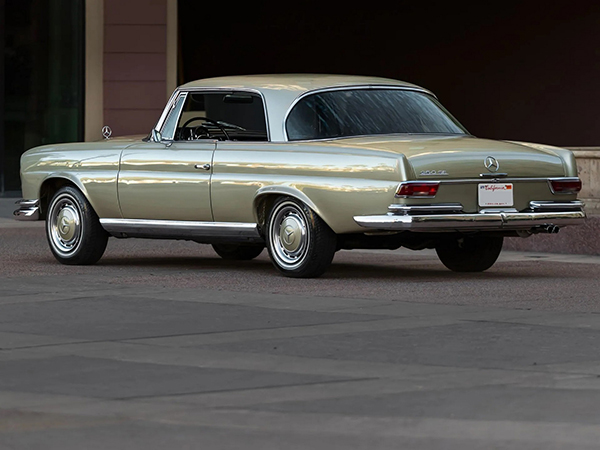 On the dashboard, the VDO speedometer shows 68,146 kilometers (meaning 42,344 miles), but we don’t know if those are real or not. Even though its maximum speed on the clock shows 220 kph (137 mph), the automaker said that it could only reach 190 kph (118 mph). But I wouldn’t recommend you to try it that hard, this old lady. We don’t know anything regarding the springs and shocks, and we don’t know if those white-wall tires are still in tip-top condition. In addition, several other details told us that it is not precisely a concours-shape vehicle. But it can be, and it also has a celebrity past.

But the car cannot be called a survivor, and that’s good news. In 2013, this 250 SE went through a cosmetic refresh. During that refurbishment, the rust was removed, and the whole bodywork was resprayed in the original Tunis Beige Metallic color. In addition, all the chromed parts were restored and now have their original shine. In 2016, another set of works was performed on the car. This time, several gaskets, hoses, and parts, including the exhaust manifold, were replaced. In addition, this car comes with the owner’s book, a tool roll, data cards, and the Spanish registration card that shows Burt Reynolds’ name on it. 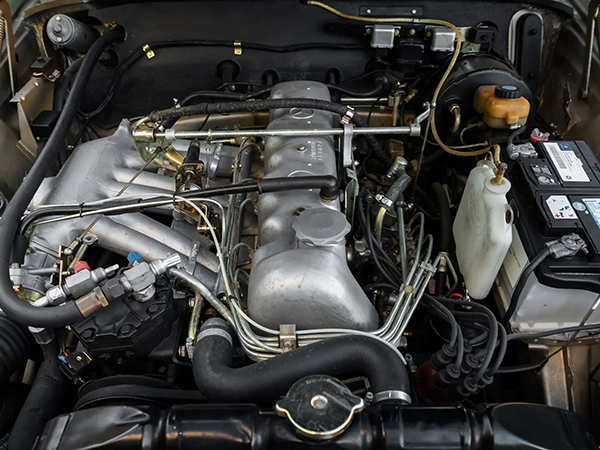 With a car like this, you won’t get unnoticed, and you may even use it on a daily basis if that suited you. You may keep it as a garage queen and show it only occasionally, as well. This Mercedes-Benz 250 SE Coupe is looking for a new owner, and it is offered without reserve in Phoenix, Arizona, and the auction will end on January 26, 2023. While the estimated price is around $75,000, we know that this year other similar vehicles were sold for less than 30k, but without such a famous previous owner as this vehicle.

You might grow a mustache and cruise around your town with this, but hopefully, you’ll enjoy this car for a longer time than the famous “Bandit,” who passed away in 2018.