The new Mercedes-Benz S-Class sedan is now out of the bag. Mercedes-Benz has revealed its flagship model this week and despite looking roughly similar to its predecessor, the full-size four-door sedan exudes luxury and sophistication especially in its tech-filled cabin. 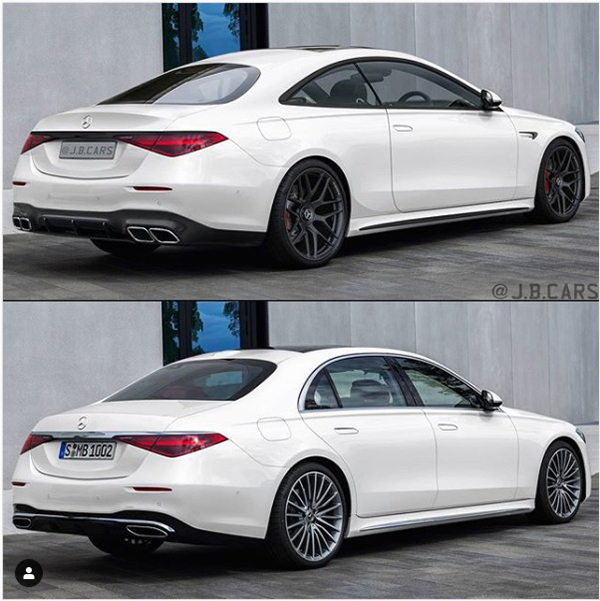 If you’re among the relatively few who wanted a two-door version of the new S-Class, j.b.cars reimagined the sedan into a coupe along with subtle differences. Here’s a comparison between the edited and the official S-Class as posted over on Instagram.

The most noticeable difference is the removal of an obvious B-pillar in the coupe version, bringing the doors down to two. This resulted in longer doors plus a sleeker roofline. Tiny details employed by j.b.cars include black wheels, dual twin-exhaust pipes, smaller rear windshield, side details near the fender, and a redesigned trunk lip to complement the sportier shape.

But then again, we all know that a Mercedes S-Class Coupe (and Cabriolet) won’t be happening anymore. Stuttgart has already pulled the plug on the two-door S-Class in an official release by the end of last month, saying that both models will be discontinued after the 2021 model year.

With that said, the S-Class Coupe and Convertible will enter their final year of production. Both will still be available for the next 12 months, though, only getting the new Cirrus Silver exterior color as one of their options.

A bloated Mercedes lineup and proliferation of SUV sales numbers are among the reasons why the German automaker is dropping the two-door S-Class and other two-door derivatives. Meanwhile, the upcoming SL Class and the next-generation AMG GT will be replacing the outgoing models as the flagship two-door Mercs.