The next-gen Mercedes-Benz S-Class is nearing the end of its development, as camouflage continues to be removed from its exterior. These latest spy shots give us a comprehensive look at what we should be expecting when the big sedan is finally revealed. 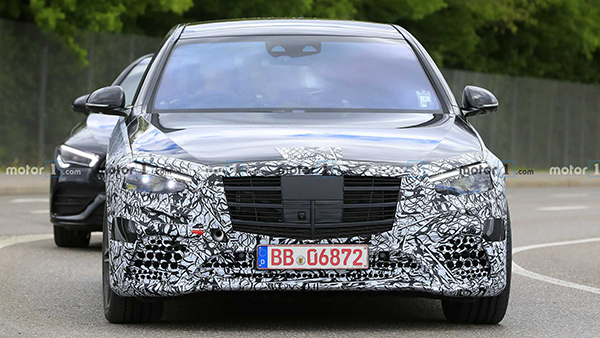 Our last look at Mercedes’ flagship sedan gave us a glimpse of the front fascia, and these two test cars show us even more. The white and black camouflage has been peeled off the hood, rear deck, pillars, mirrors and door handles. As for the still-covered body, well, it’s an S-Class. Expect it to look new and fresh from the outside without redefining what an S-Class is. 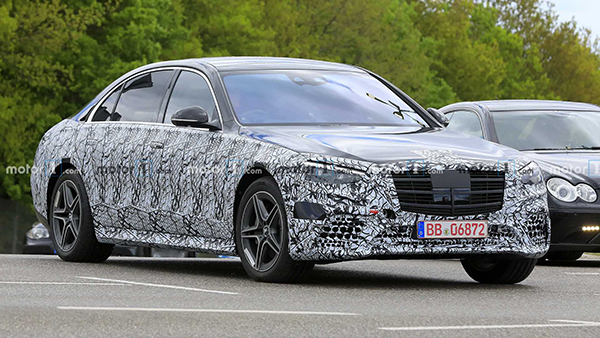 The hood creasing looks largely similar to that of the current S-Class with two subtle creases meeting at the edges of the grille. That undisguised greenhouse is done in the classic sedan shape, though the rear decklid looks like it may be a bit more defined with less of a downward sweep than the current car. We imagine the camouflage on the front and back of the car is hiding some of the most obvious changes to this S-Class, and maybe even playing tricks on our eyes with the design. 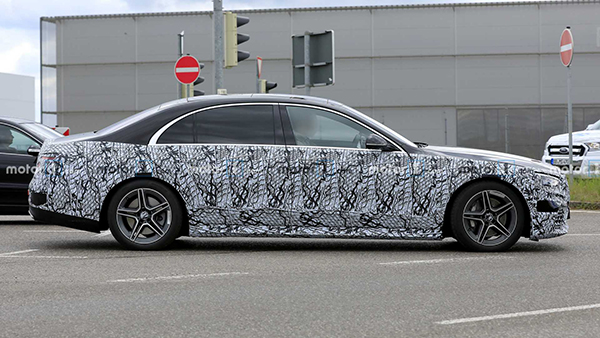 A fair amount of the headlight design is visible — they look like smaller units than the current S-Class houses. As for the taillights, they seem to wrap around the edge of the bumper like they do now. Small red LED points that aim inward indicate that the taillight design could be drastically different than today, though. From these shots, the shape appears more triangular and horizontal in nature than the large, vertically-oriented lights on the car now. 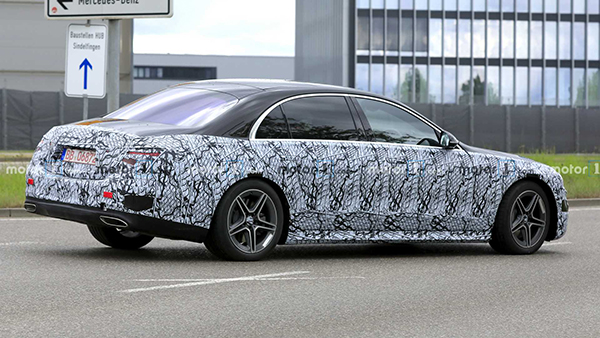 These shots also show two different exterior treatments for the new S-Class. One has a more elegant and clean front fascia with smooth side sills (left). And the other has a more aggressive fascia, chiseled side sills and five-spoke star wheels (right). It’s likely that the car on the right is sporting an AMG design package, whereas the S-Class on the left is the standard look. Both have similar dual exhaust exit designs with wide oblong finishes for the pipes. 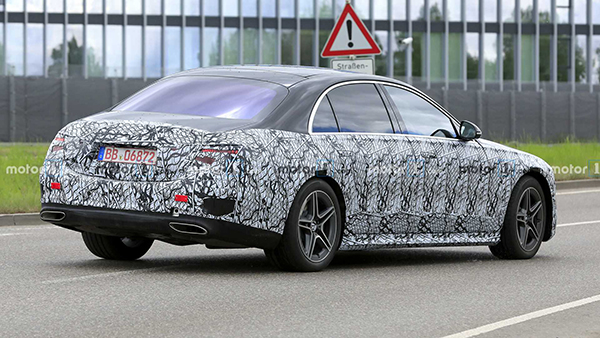 The pop-out door handles we saw covered in heavy wrappings before are out in the open now. Though, there are also door handles pictured here that aren’t flush with the car. Two different door handles? We’ll find out when Mercedes shows the car. 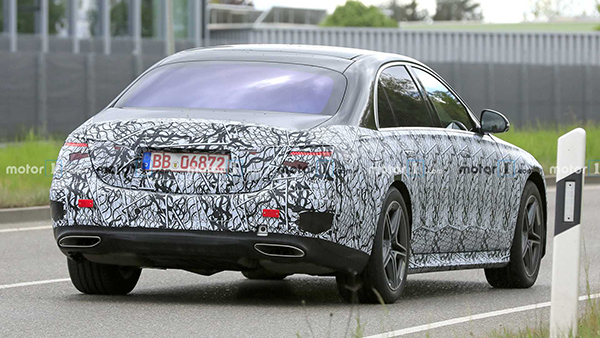 Expect a reveal sometime later this year, as Mercedes has confirmed it will debut in 2020 as a 2021 model year.