In this video, we discover an ultra-rare pre-merger AMG car that’s been sitting for 27 years! We inspect the engine and prepare it for its first start. Wait until you see all the cool old-school AMG stuff we find.

Getting An Abandoned & Ultra Rare Pre-Merger AMG Started After Sitting For 27 Years! Will It Drive?

This old S-Class comes with an interesting story. It was ordered at Mercedes-Benz in 1984 and then taken to AMG for a body kit and some tuning. But the original owner didn’t get to enjoy it too much because he was sent to jail for life. The sedan ended up on the used car lot, and when the second owner passed away, it went into storage with just 30,000 miles (48,280 km) on the odometer. Come 2021, and it’s been off the road for 27 years.

So what makes this W126 special? Well, it’s an AMG conversion from the pre-merger era, when the Affalterbach shop was operating as a private entity. Established in 1967, AMG operated independently until Daimler AG fully acquired it in 1999. And while Mercedes-Benz and AMG started to work together in the late 1980s, the Affalterbach-based tuner began offering upgrades and accessories for Mercs in the 1970s. 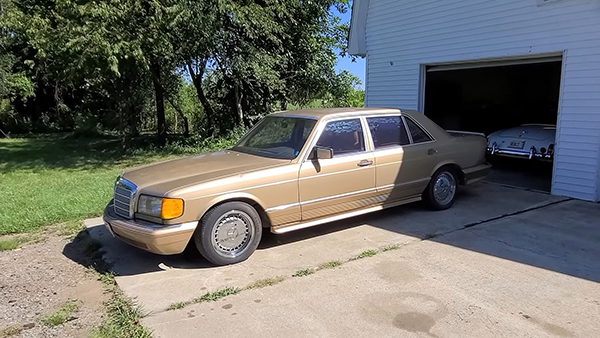 The company became famous with the E-Class-based Hammer, launched in 1986, but the late 1970s and early 1980s conversions are rare and don’t get the attention they deserve. For the W126-generation S-Class, AMG offered upgrade packages for the more expensive 500 and 560 trims in both sedan (SEL) and coupe (SEC) body styles.

It usually included sportier bumpers and side skirts, a lowered, stiffer suspension, revised brakes, and a retuned engine for extra oomph. Powered by a 5.0-liter V8, the 500 SEL came with 230 horsepower on tap from 1979 to 1985, while the facelifted version generated up to 261 horses. AMG offered various engine upgrades, with outputs ranging from 272 to 335 horsepower. 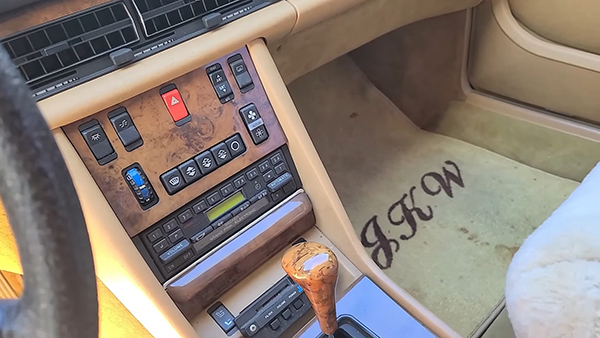 But customers also had the option to order the visual treatment without the engine upgrade. This 500 SEL is one of those examples that got the full AMG body kit and suspension but retained the stock setup under the hood. A somewhat disappointing discovery by the folks over at YouTube’s “LegitStreetCars,” who got the V8 up and running again, but one that doesn’t affect the vehicle’s appeal and scarcity.

The engine takes a bit of work to fire up, but it eventually comes back to life and runs surprisingly smooth, given that it didn’t get dinosaur juice for almost three decades.

Sure, this sedan needs a fuel pump and a bit of work to become road-worthy again, but it’s already one of the finest W126 examples out there. With that clean engine bay and flawless interior, it’s just a mild restoration away from becoming a Councurs-ready classic.