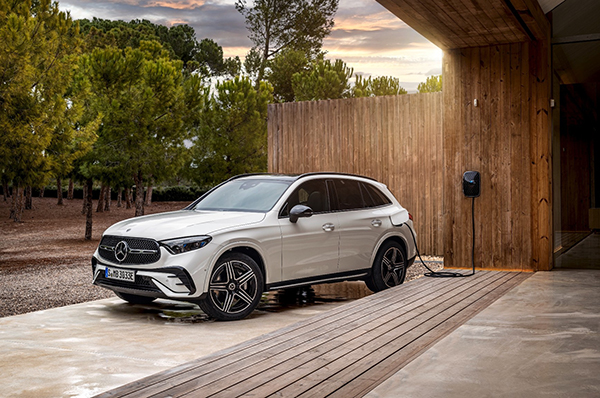 It’s a bit on the expensive side of compact premium crossovers, isn’t it? As expected of Mercedes-Benz, the second-generation GLC can back up that price with loads of standard equipment. Codenamed X254, the high-riding sibling of the C-Class also boasts trick powertrain options consisting of two mild-hybrid diesels, a mild-hybrid petrol, as well as two plug-in hybrids.

All five rely on the 9G-Tronic Plus nine-speed automatic transmission. The integrated starter-generator unit provides up to 23 horsepower and 148 pound-foot (200 Nm), which is extremely useful when you accelerate from the lights. The internal combustion engine always comes with 2.0 liters of displacement, be it petrol or diesel. The 220 d 4Matic, named as such after the German automaker’s all-wheel-drive system, develops 194 horsepower and 325 pound-foot (440 Nm). Not bad for the base lump, not bad at all!

The PHEVs, however, are the ones to get. From the 300 e 4Matic, customers can expect up to 308 horsepower and the same peak torque as the 300 d 4Matic. There’s even a 300 de 4Matic for those who simply cannot get over the effortless torque produced by turbo diesels. The range-topping powerplant develops 329 horsepower and 553 pound-foot (750 Nm), which is a perfect match for the peak torque of the previous-gen 63 S 4Matic+.

Both PHEVs top 140 kph (87 mph) in EV mode, and the 31.2-kWh battery is more than adequate for driving electric to the shops or to work and back.