Mercedes-Benz is gearing up for the launch of the new-generation GLC, with the latest spy photos revealing more design details of the premium SUV. 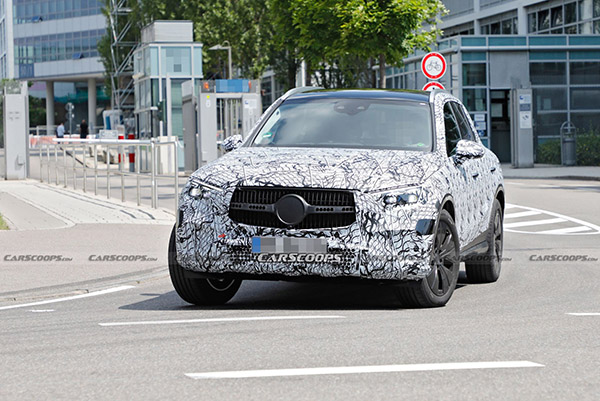 The first time our spy photographers sent us pictures of the GLC was in May 2020. Since then, development has moved on and test cars are now wearing the final production headlights and taillights.

The test car with the most revealing camouflage to date was caught in Germany, near the Mercedes-Benz technical center. Compared to our previous spy shots, Mercedes has removed most of the fake body extensions from its test car, giving us a better idea of what the final production body is going to look like. 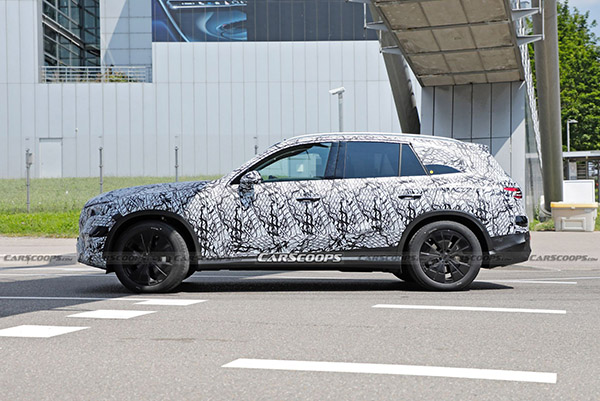 Compared to the current GLC, the new generation looks wider and larger, with a sleeker body surfacing on the profile, reminiscent of the fully electric EQC. Lighting units are slimmer with full-LED technology, while the grille and the intakes give a sporty look to the SUV’s face.

Overall, the design is evolutionary and the model will remain instantly recognizable as the successor of the current generation while integrating all the latest technology inside the cabin. More specifically there will be a 12.3-inch digital instrument cluster and an 11.9-inch infotainment screen arranged in the new vertical layout on the center console.

The new GLC will sit on the updated MRA II platform that debuted in the new C-Class (W205). Similar to the sedan sibling, all variants will use four-cylinder engines with EQ Boost mild-hybrid technology. As for the AMG performance flagship, this is expected to combine a twin-turbo 2.0-liter four-cylinder engine with a rear-mounted electric motor and a 6.1 kWh battery pack.

The GLC was launched in 2015, replacing the GLK. In 2019 it received a facelift, bringing it more in line with Mercedes updated design language. Since 2016, a GLC Coupé variant was added to the lineup, featuring a sloping roofline and a redesigned rear end – a bodystyle that is expected to carry on in the second-generation model.

The main rivals of the second-generation Mercedes-Benz GLC will be the Audi Q5, BMW X3, and Volvo XC60. When it launches sometime in the coming months, it will be the newest model of the pack.