Mercedes has issued a recall of the GLC as a result of a bad connection in the headlights that could allow water to get into the assemblies, potentially leading them to short out. 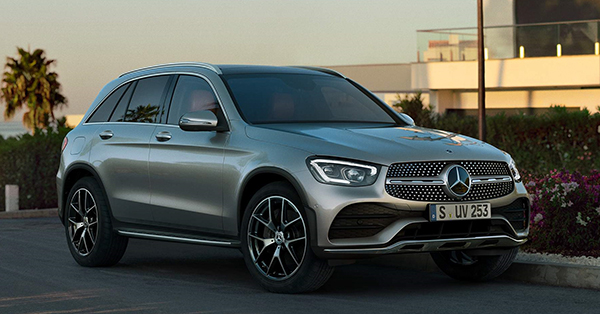 Mercedes blames a “deviation in the production process of the supplier” for the issue, which causes certain connector sealing plugs not to be installed according to specifications. That could allow moisture to enter the light housing, which might lead the light to fail. Naturally, if that happened at night, it would be bad for safety and could increase the risk of a crash.

Mercedes GLC owners may be tipped off to the issue before it becomes a problem by looking at their headlights to see if they are fogged. If a headlight fails, the driver will be warned with a message in the instrument cluster.

Fortunately, any customers who own one of these vehicles will have been covered by their warranty if they experienced the issue before the recall begins. Mercedes plans to get in touch with owners in June. They will be asked to bring their vehicle into a dealership where a technician will inspect the sealing plugs on the headlight electrical connection and the lights in general. They will then replace the faulty part on affected SUVs, which the company expects to amount to about three percent of all vehicles included in the recall. The inspection and replacements will be conducted free of charge.