With the new C-Class out in sedan and wagon body styles, Mercedes is now putting the finishing touches on the equivalent crossover. The revamped GLC is apparently set to break cover on June 1, according to a German report from MB Passion. The same source also provides some juicy tidbits about the technical specifications, including rear-wheel steering at a maximum angle of 4.5 degrees. It’ll reduce the turning circle to 10.8 meters (35.4 feet). 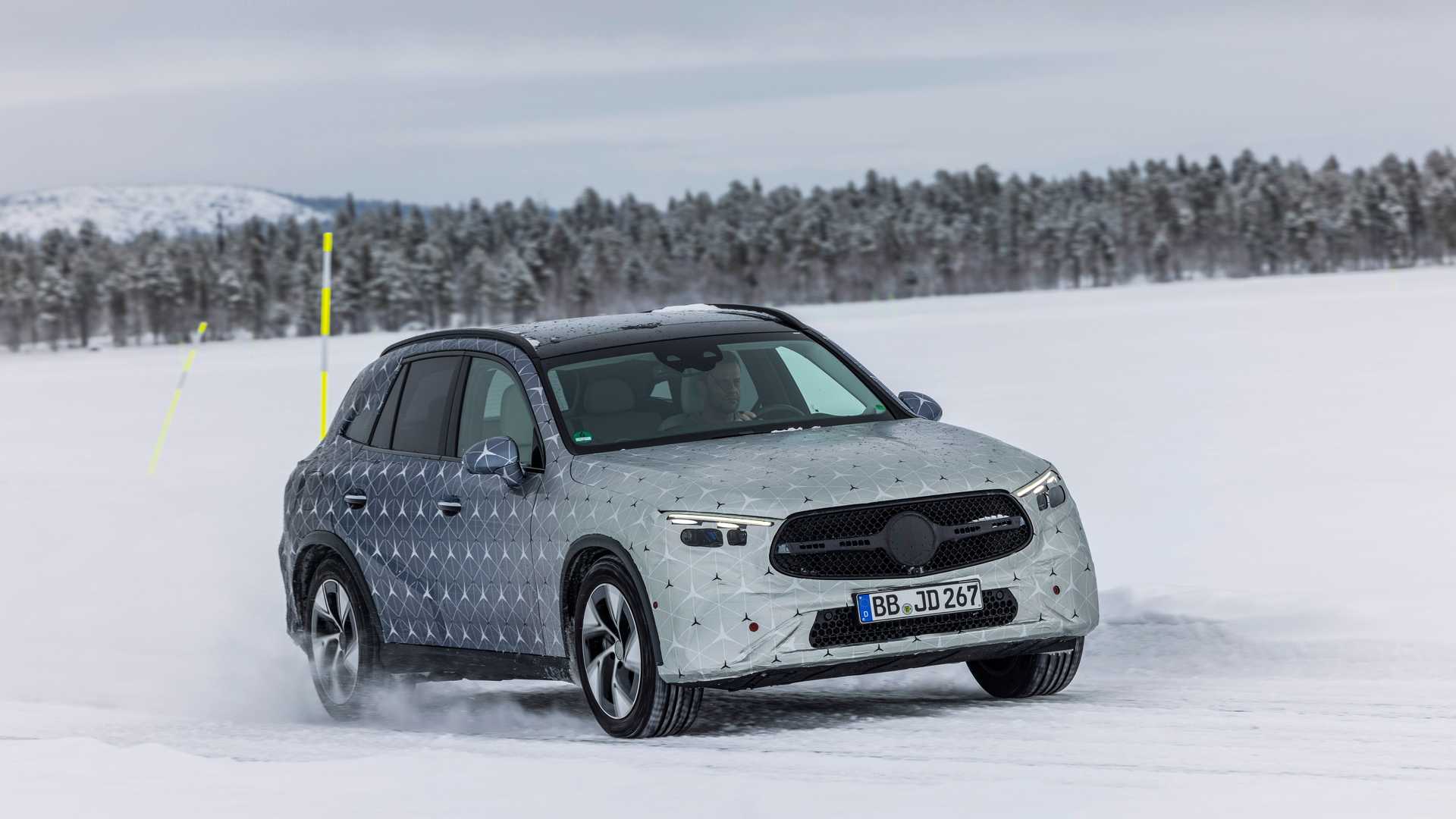 To the surprise of no one, the GLC will essentially carry over the high-tech cabin of the C-Class, but the screens will be located a tad higher. The stretched wheelbase will unlock additional legroom for rear passengers compared to the outgoing model, which has been the case for the sedan and wagon as well.

According to the same source, Mercedes will launch the GLC in Europe with combustion engines featuring 48-volt, mild-hybrid tech, and a 23-hp electric motor. There are plans for three plug-in hybrids, two with gasoline engines (300e and 400e) and one with a diesel (300de). All will have 4Matic all-wheel drive as standard and an electric range of more than 62 miles (100 kilometers) in the WLTP cycle. Owners will be able to juice up the battery pack of the PHEV at up to 60 kW.

Unlike the C-Class with its four-cylinder-only lineup, the GLC will still offer six-cylinder power. It’ll be an oil-burner that goes by the OM 656M codename and is going to pack over 300 horsepower. As for the four-bangers, the gasoline units will be offered with 204 hp and 258 hp while the diesels will be rated at 194 hp and 265 hp.

Following its June 1 world premiere, the new Mercedes GLC will go on sale in Europe in September. The US version is expected to arrive at a later date. Further down the line, spy shots have revealed two AMG versions will be launched. We should learn more about the hot versions in the coming months when the C-Class will get the “53” and “63” treatment.