Mercedes has a portfolio overflowing with different models, and the company often offers several variants of each. The GLC is no different, with the next-generation model so far into development that we’ve driven a prototype. Recent spy pics have caught the crossover without camouflage, but we only caught a glimpse of it. New spy shots aren’t as revealing as the GLC still wears a full camouflage wrap as it completes more winter testing. 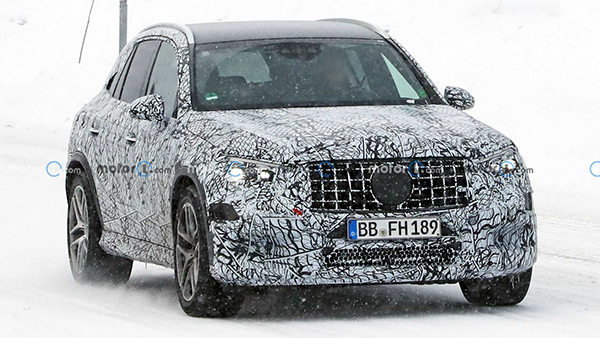 Mercedes will offer the new GLC in various performance trims when it arrives, like the extra-hot AMG GLC 63. However, to guarantee every potential customer is reached, Mercedes will continue to offer a lesser AMG variant – the AMG GLC 43. It’s unclear if the model will keep that 43 name or graduate to 45 or 53. 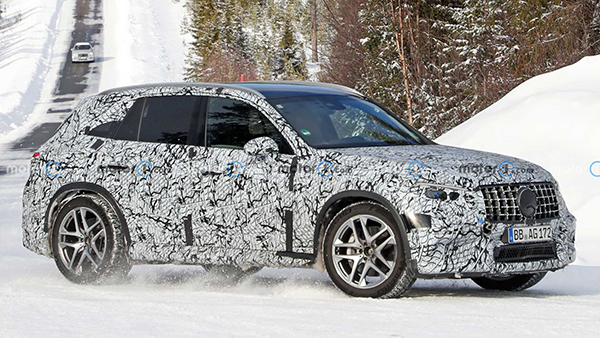 The new photos capture the car sporting quad exhaust pipes, but they’re not AMG’s trademark trapezoidal ones. Those are reserved for the top models. Instead, the AMG GLC 43 has four round tailpipes poking through the rear diffuser. The car doesn’t have AMG’s gigantic brakes, but they are larger than what will be on the standard GLC. 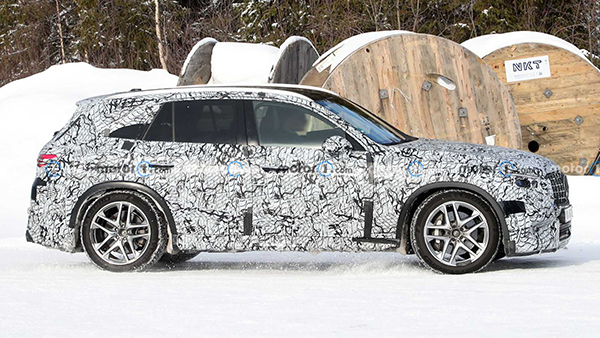 The camouflage on this test vehicle hides the GLC’s design, but it can’t hide its size, which is larger than the outgoing model. Mercedes lengthened its wheelbase by 0.6 inches, leading to increased rear-seat headroom and legroom. Recent photos from Mercedes peel away the swirly camouflage, but the company continues to hide the styling details. 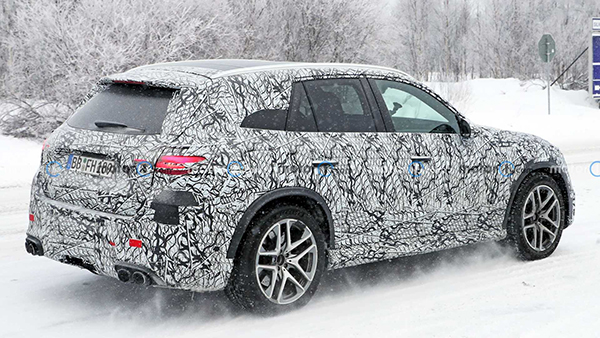 The GLC will arrive with either a turbocharged 2.0-liter four-cylinder or a 2.0-liter turbodiesel, though both will pair to 48-volt mild-hybrid systems. The GLC will follow the C-Class by adopting a four-cylinder powertrain lineup, which means the AMG variants will sport four-pot engines, too. However, while the AMG GLC 63 could deliver 600 horsepower (447 kilowatts), the lesser AMG GLC 43 will pump out more than 400 hp (294 kW). It’ll also offer a six-cylinder. 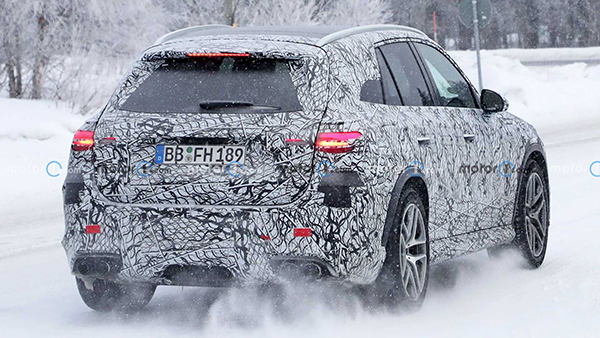 Mercedes already let us drive one, so a debut should be near. A reveal is scheduled to happen before the end of 2022, with the new crossover on sale in 2023. It’s unclear which variants and configurations we’ll get, but we expect Mercedes wants to keep it at the top of its sales charts.