Hofele-Design has launched a restyled version of the Mercedes-AMG G 63, called the HG Sport. It’s on sale in Germany now, priced at around €280,000 (roughly £240,000), and is expected to go on sale in the UK later this year. 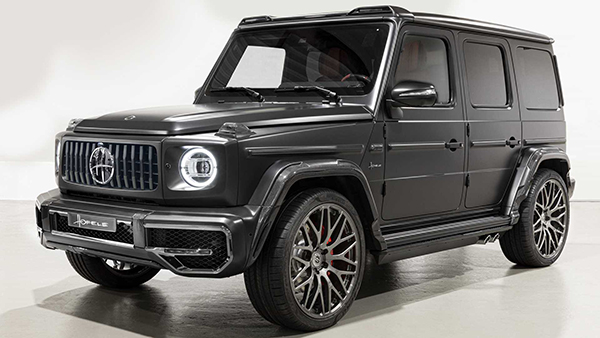 The styling package will also be available for existing G 63 owners to purchase as an aftermarket addition. Exterior updates for the Hofele HG Sport are extensive, stretching to a set of 24-inch alloy wheels, an updated front bumper, wider carbon fibre wheel arches, a set of roof-mounted LED projector lights, a tweaked rear bumper, a carbon fibre spare wheel cover and a new radiator grille, which is available in either a matte carbon fibre or chrome finish. 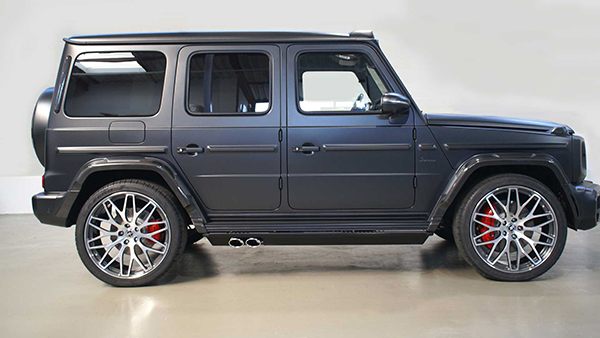 Hofele-Design has also fitted an electrically deployable full-length side step which, unlike a fixed unit, allows the SUV to retain its characteristic side-exit exhaust. The exhaust tips are fixed to the underside of the step, which moves outwards from the SUV’s body when the doors are opened, making it easier for passengers to enter and exit the vehicle. 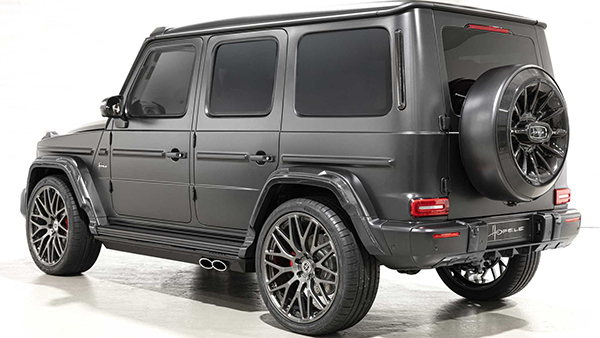 While the Hofele HG Sport features the same MBUX infotainment system as the standard AMG G 63, pretty much everything else in the SUV’s cabin has been updated. There’s a new leather and carbon fibre steering wheel, fresh Alcantara headlining – and its seats have been re-trimmed in high-quality leather. 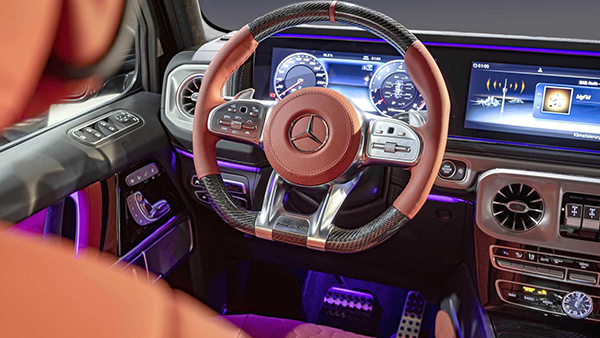 Unlike the standard AMG G 63, this restyled variant can also be specced with either four, five or six seats, with the latter option adding a pair of removable jumper seats in the boot. Both the four and six seat variants remove the middle seat from the rear bench. 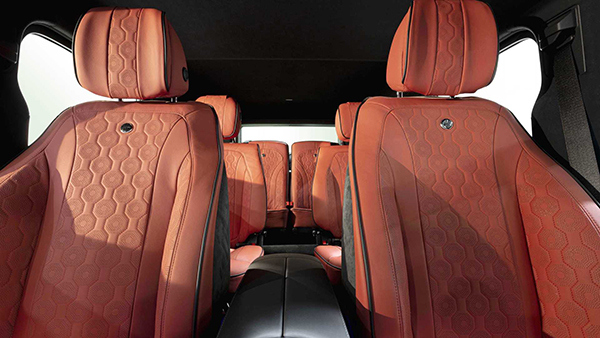 Hofele-Design’s take on the Mercedes-AMG G 63 uses the same engine, drivetrain and chassis setup as the factory-delivered SUV, meaning it retains Mercedes’s warranty. Like the standard car, it’s powered by a twin-turbocharged 4.0-litre V8, which produces 577bhp and 850Nm of torque – enough for a 0–62mph time of 4.5 seconds and a top speed of 137mph.