Mercedes-AMG G 63 has a reputation as an SUV that blends ruggedness, luxury, and performance, but while tough, these impressive attributes don’t mean the rig can withstand rolling several times through the sand. If you don’t believe it, just check out this wreck from The Netherlands.

Making the crash even worse, this was a borrowed Mercedes-AMG G63 Edition 1, according to the Dutch site Hartvoorautos. The vehicle apparently has an original price when new of €256,555 ($303,304 at current exchange rates). 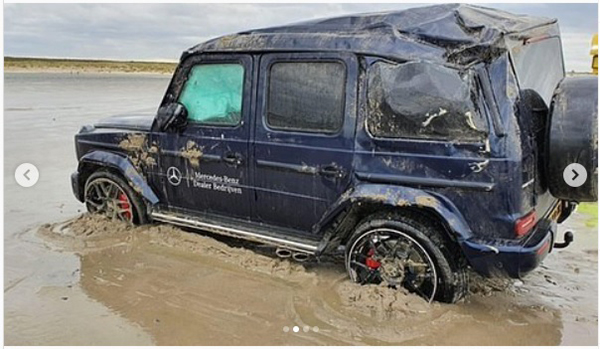 The Instagram post above shows the aftermath of the crash, and the final slide has a brief video of the crash as it happens. The driver is clearly carrying a bit of speed and seems to try to pitch the G63 into a slide. However, the second image shows that this is very wet sand, bordering on being mud. So rather than completing a drift, the SUV appears to stick in the muck and then start rolling. 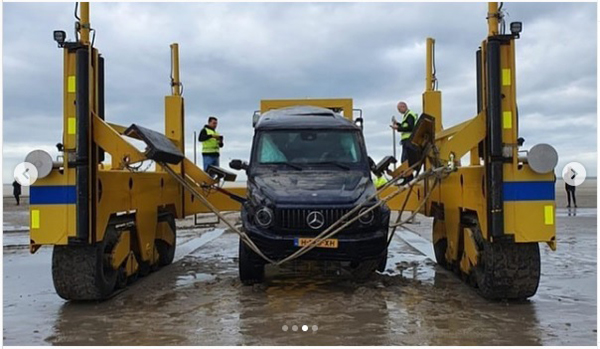 The video shows the SUV completing several full rotations. While G63 moves out of the frame of the camera in the clip, the first image suggests the vehicle coming to a rest on its side. There’s significant damage to the rear portion of the roof, and portions of the fender flares are torn off the body.

Given how quickly the G63 is rolling in the video, it’s in surprisingly good shape in the photos. A lot of the glass is even intact, and the underbody doesn’t even look too dirty. According to Hartvoorautos, the driver is unharmed at least physically. We suspect the person’s pride is hurting after crashing a vehicle that he or she doesn’t own.